EARLY last year, the COVID-19 pandemic put a stop to live music. The temporary shutdown of live events has greatly affected fans and artists, but after a year of navigating and studying different digital avenues, everyone found a way to reconnect virtually.

“Having people singing along to our songs and the rapport that we have with them are few of the things that we miss the most in playing live shows,” expresses Naara, talking about what she misses the most about playing live. “The first few months of doing virtual gigs was a bit hard for us because Leanne and I were apart so we had to divide the songs per set. But now that we’ve been doing this for almost a year, we’re slowly getting the hang of it and since most of the gigs are prerecorded, we usually do everything in a day,” Leanne adds.

Leanne & Naara, together with Warner Music Philippines (WMP), have been always open to creating new experiences, so it was no surprise that they pushed themselves even further by doing their first solo concert from inside an actual concert hall. Daybreak Live, named after the duo’s debut album Daybreak, took the viewers to a run-through of their discography and latest hit singles featuring new arrangements and Leanne & Naara’s signature ardent vocals. “We were looking for a way to bring the album closer to audiences since we never got to launch it. Everyone misses live music and so we thought it’d be a great gift, especially to our fans who have been so generous in their support,” describes Leanne. 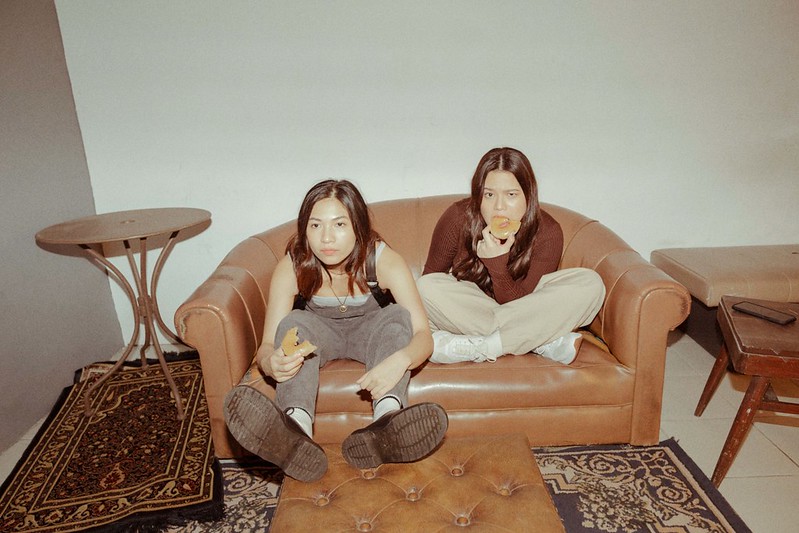 When asked about their concert arrangement, Naara says, “My favorite is the live version of Too Soon! Our music director and producer, Brian Lotho, made sure that every song has a new flavor and ‘wow factor.’ From the intro to us doing solos in ‘Till the Morning Comes,’ songs that have live quartet and harmonies with the help of our backup vocals in every song. Overall, it felt like we did a major concert. It was really a dream come true for the both of us.”

Described as a “one-time-viewing live experience,” Leanne & Naara’s Daybreak Live combines the familiar feeling of a fan-focused set with a full-scale production. The virtual concert, which was shot at the Maybank Theater’s Globe Auditorium for almost 12 hours, could have easily housed 500 persons, but because of the pandemic, the seats became a nostalgic reminder of what we have been desperately missing. 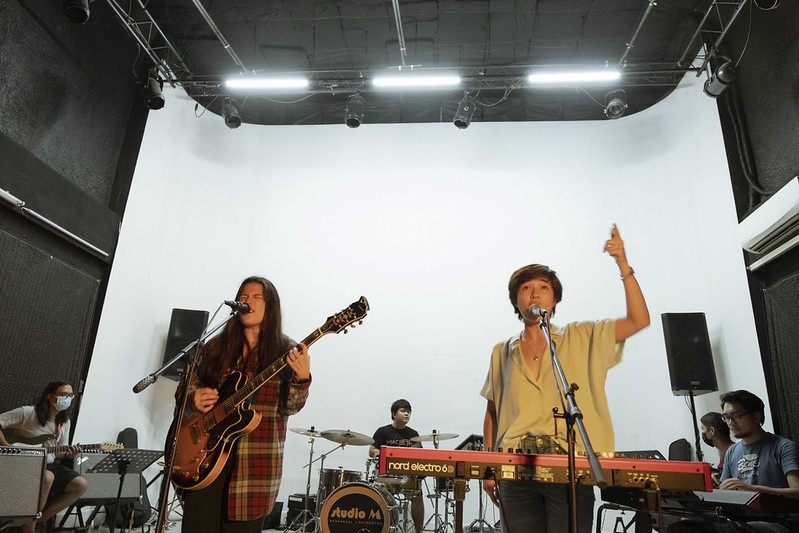 Connecting with their fans has never been a challenge for the duo, but having to connect with fans through a bare venue posed a different question: How much do we miss live music? On a regular gig night, all they had to do was show up and freely mingle with the fans. For Daybreak Live, Leanne & Naara, director Paolo Valenciano, Brian Lotho, also the Daybreak album producer, Shaira Luna, and everyone in the band and production crew got tested for COVID-19 and strictly adhered to health protocols. Site activities were limited and there were no fans to greet at the end of the show.

If Daybreak Live were a case study, how did the current trend of virtual concerts change the way fans “digest” music? Leanne expresses, “I think what makes it appealing is its accessibility and its power to bring people together from different parts of the country or the world even. It promotes a sense of community, and it’s something that a lot of people need during this time. I think what we learned is that we have such a powerful tool in our hands and we should make the most out of it.”

Both the Daybreak album and the live recording of the virtual concert are now on Spotify. When asked about the favorable response of their fans, Naara says, “We’re really blessed and thankful that most of our fans loved the album. All of the hard work paid off every time they message and tell us how they love every song. They give us the motivation to work harder on our craft.”

“We’re definitely excited to bring more electrifying performances onstage. Daybreak Live brought out a different side of us, a side that people rarely see, and that we believe will be exciting to watch when shows are allowed again,” Leanne says as we all hope for the future of live events.

Relive the Daybreak Live experience by following Leanne & Naara on Spotify. For the latest updates on your favorite musicians, follow Warner Music Philippines on their social media pages.