Filipinos living outside Metro Manila across the country will lose a trusted source of local TV news and public service as ABS-CBN pulls the plug on the 12 local “TV Patrol” programs, which will have their final newscasts on August 28.

This unfortunate development is the latest service affected by the denial of ABS-CBN’s franchise by the House of Representatives last July 10, which also led to the closing of ABS-CBN Regional’s operations. 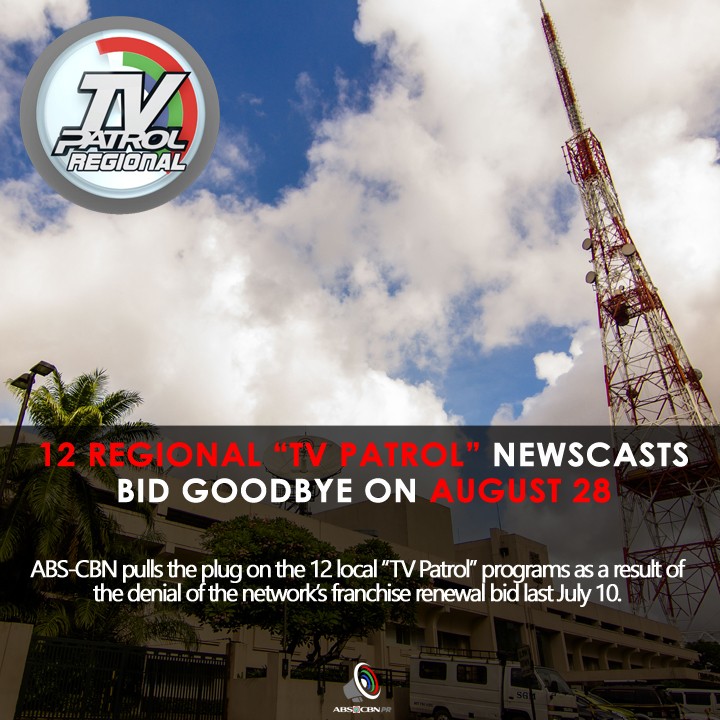 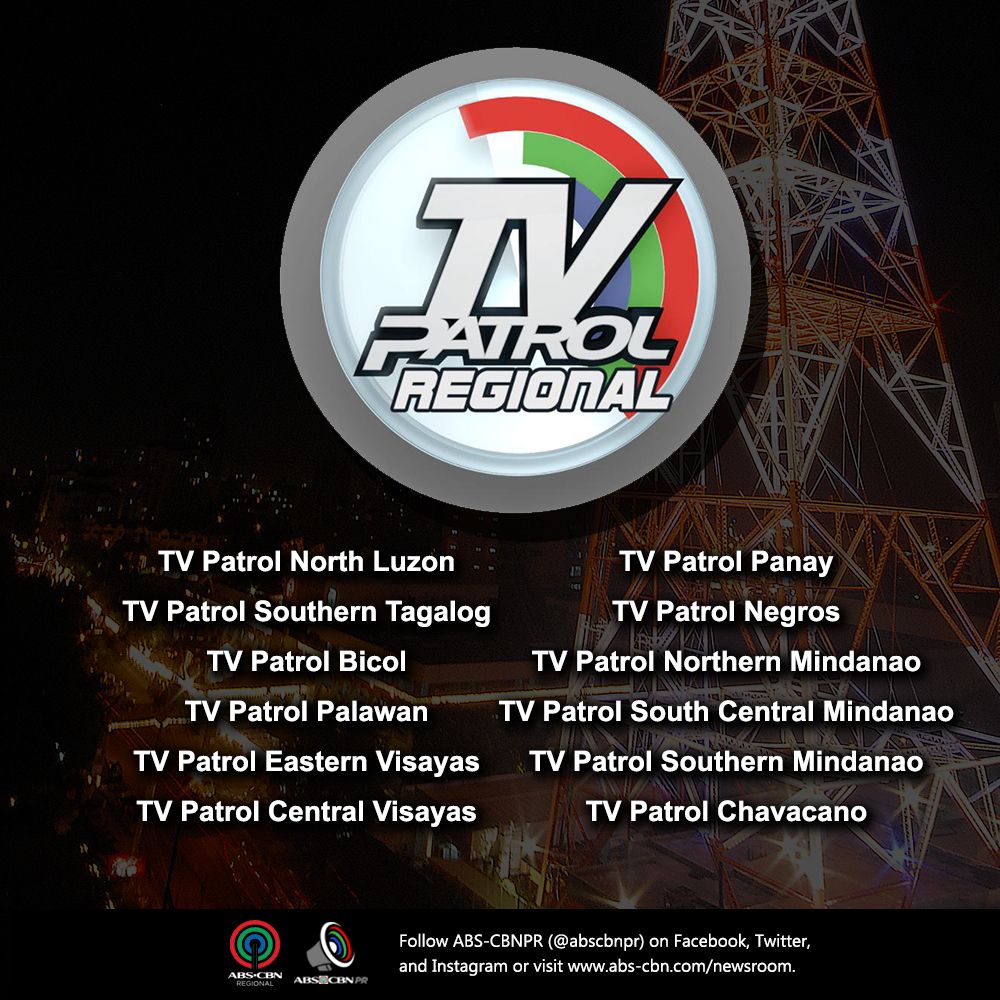 Aside from local TV Patrol newscasts, ABS-CBN Regional will also stop producing new episodes of its nine morning shows, which have been keeping local audiences updated on news and infotainment every morning.

Also affected are its public service initiatives anchored on health, education, environment, and livelihood held year-round, such as the “Grand Halad sa Kapamilya.”

Sy said part of ABS CBN Regional’s mission has always been to provide meaningful and sustainable public service—by linking individuals and communities to relevant donors; or by relaying problems and issues to government for prompt and appropriate action.

“Inspired by Kapitan Geny Lopez’ vision of building bridges in the air, ABS CBN Regional through its TV Patrol programs and public service has accomplished more than just building the proverbial bridges. In its distinctive way, ABS CBN Regional helped build a nation,” she said.

After the National Telecommunications Commission issued a cease and desist order on May 5 that shut down ABS-CBN’s broadcast operations, ABS-CBN Regional continued producing newscasts and shows for streaming on its YouTube channel and Facebook pages.  Viewers may continue to watch their local “TV Patrol” and morning shows until August 28. 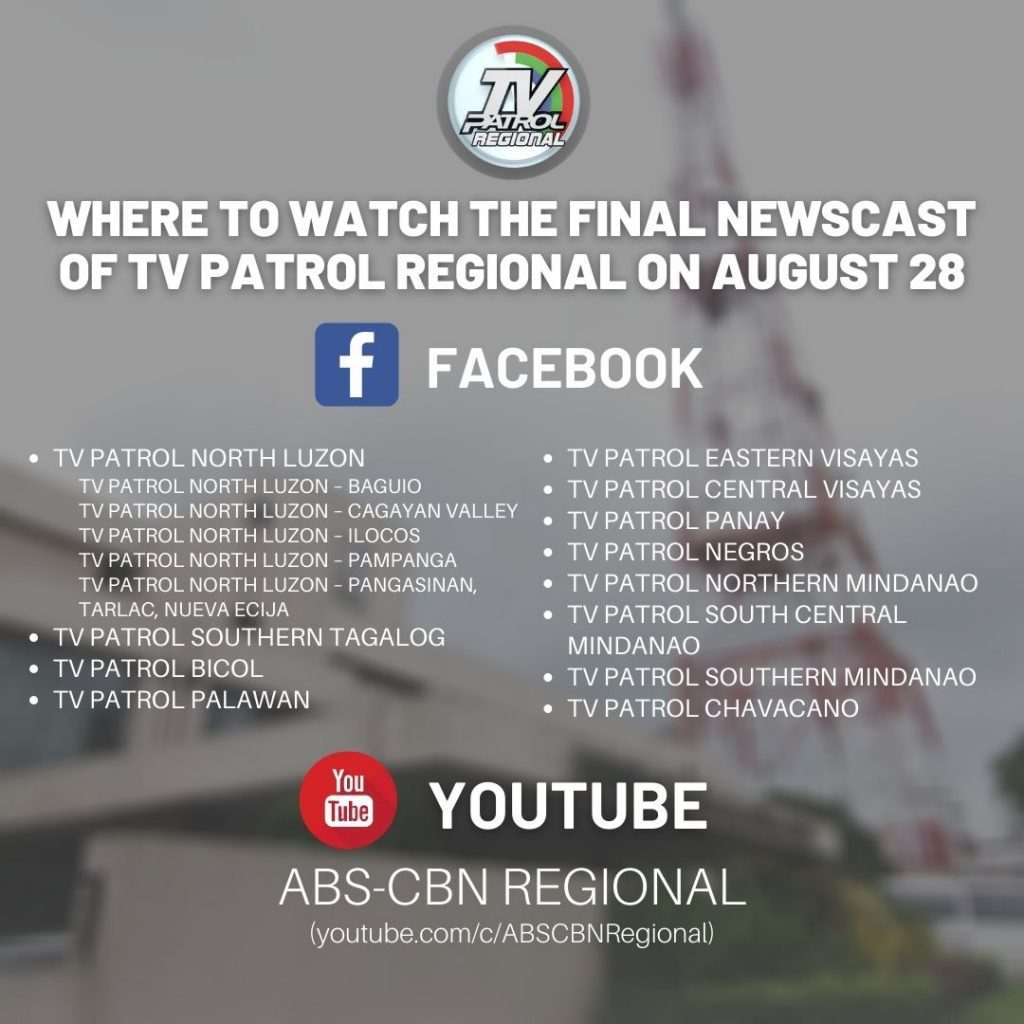