This year’s Independence Day was extra special for Filipinos in social media as TM treated them to TM Doble Dekada Tambayan LIVE Pinoy Fiesta, an energetic and star-studded online show to kick off the countdown to the brand’s 20th anniversary happening in September.

Excited fans tuned in to the TM Tambayan Facebook page as they welcomed its new ka-TMs — Seth Fedelin, Andrea Brillantes, and Alden Richards. 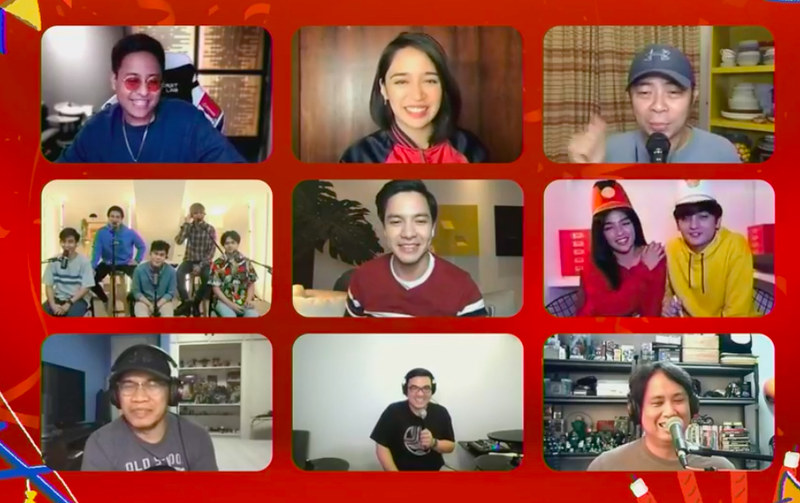 The fans’ kilig soared to the roof as the new ka-TMs took the virtual stage along with The Juans, SB19, Matthaios and Donnalyn Bartolome, Riva Quenery, and Parokya ni Edgar. They played some classic games in true Pinoy style, from fiesta vibes mukbang, bingo, to a banderitas relay race!

At the event,  fans also got the first view of the teaser for the upcoming TM Doble Dekada music video, which will feature all the ka-TMs and the latest campaign anthem, Doble Dekada Sa Samahang Pina-Easy.

Kristelle Dizon, the VP for Consumer Mobile Business of Globe, said that despite challenging circumstances, TM tirelessly worked to make the grand celebration of its 20th year possible, to have a moment for Ka-TMs to come together, hence the TM Doble Dekada Tambayang LIVE Pinoy Fiesta. “Doble-doble man ang challenges, kering-keri natin ‘yan. Dahil ang Pinoy, ‘pag sama-sama, tulong-tulong, laban kung laban! Ang TM, always and forever, nandito at lagi ninyong kasama sa laban! (Our challenges may be double, yet we can carry on. For Filipinos, being together means helping one another and fighting as one. TM, always and forever, will be there to fight with you!)” added Dizon.

TM has made the lives of Filipinos easier and more convenient for the last two decades as the first brand to provide affordable services that gave them more ways to build and nurture relationships – truly giving Pinoys a “Samahang Pina-Easy”. Now that mobile phones have become an indispensable part of the lives of Pinoys, TM continues to live up to its commitment in providing them with a variety of promos, from unli calls and texts, to mobile data that gives sulit services that enrich our digital experiences and make our lives easier.

Last May 18, TM launched the TM Doble Dekada Raffle where for as low as 10 pesos, Ka-TMs can win over 20 million pesos worth of prizes such as 5G mobile phones, FunAral tuition assistance, and a FunKabuhayan Puregold grocery package WEEKLY! The raffle will run for 20 weeks – from May 18 until September 30, 2021.

The surprise and prizes don’t end there, because all ka-TMs have a chance to win 2 million pesos and 500 thousand pesos FunKabuhayan package at the Grand Draw happening on October 5!

To join the TM Doble Dekada raffle, just download the TM App on Google Play store or App store and register for a chance to win minor or major prizes in the weekly raffle draws — including the P2 million cash prize.

For more information, text TMDOBLEDEKADA INFO to 8080 for free.