SKY and HBO GO give Filipinos the chance to catch “Wonder Woman 1984,” the much-celebrated DCEU film that broke the film company’s streaming records, as it exclusively premieres on the HBO streaming app, HBO GO, on April 21.

In this much-awaited sequel, viewers are taken back in time to the vibrant and fashionably wild 80’s era where Wonder Woman dons her golden eagle armor as she saves mankind from the greedy ambitions of Max Lord and The Cheetah. They will also see another side of Diana Prince, brought to life once again by Gal Gadot, when she lives quietly among mortals as a museum curator. 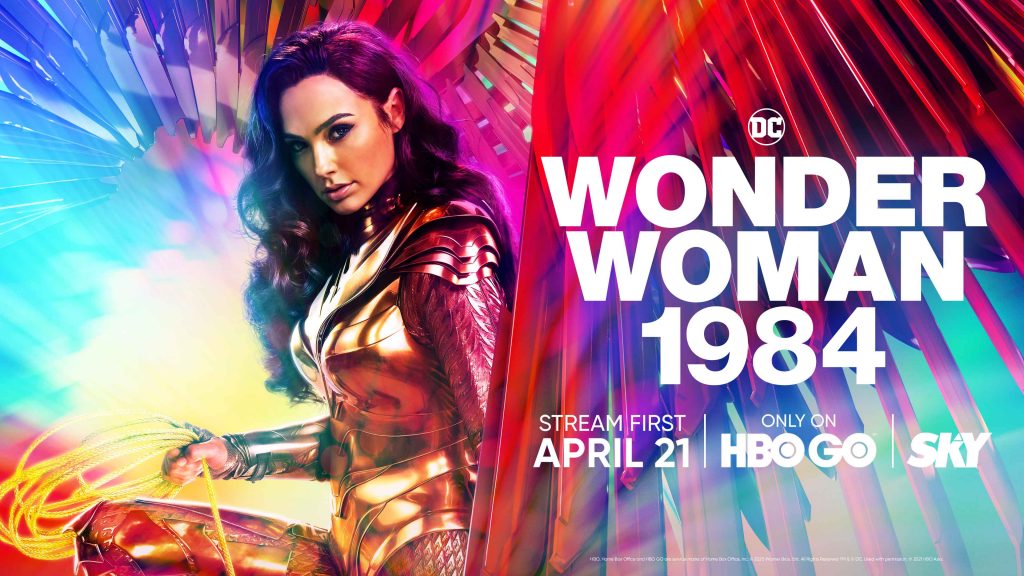 From Director Patty Jenkin’s creative vision, the film is set to have more heart-stopping action as Wonder Woman comes into her full power.

Viewers can also look forward to familiar characters returning in the film such as Chris Pine’s Steve Trevor, Robin Wright’s Antiope, and Connie Nielsen’s Hippolyta. Meanwhile, two new villains will emerge to threaten the peace, which will be portrayed by Pedro Pascal and Kristen Wiig.

The first film released by Warner Bros. directly via HBO Max in the U.S., the movie garnered record viewership for the streaming app and became the most-watched straight-to-streaming movie of the year. Critics gave the movie’s visual spectacle a positive nod as it earned a nomination for Best Visual Effects at the Critics’ Choice Movie Awards.

Subscribe to HBO GO via SKY today for as low as P99/month to stream “Wonder Woman 1984.” Subscribers will also get to stream other DC extended universe blockbusters such as “Zack Snyder’s Justice League,” “Man of Steel,” “Batman v Superman: Dawn of Justice,” “Suicide Squad,” “Shazam,” “Joker,” and “Birds of Prey,” and “The Fantabulous Emancipation of One Harley Queen” for a minimal cost.