Popstar Royalty Sarah Geronimo is back in the limelight as she treats fans to a one-night only event for “Tala: The Film Concert,” which will premiere worldwide on KTX.PH, iWantTFC, and TFC IPTV on March 27 at 8 PM. 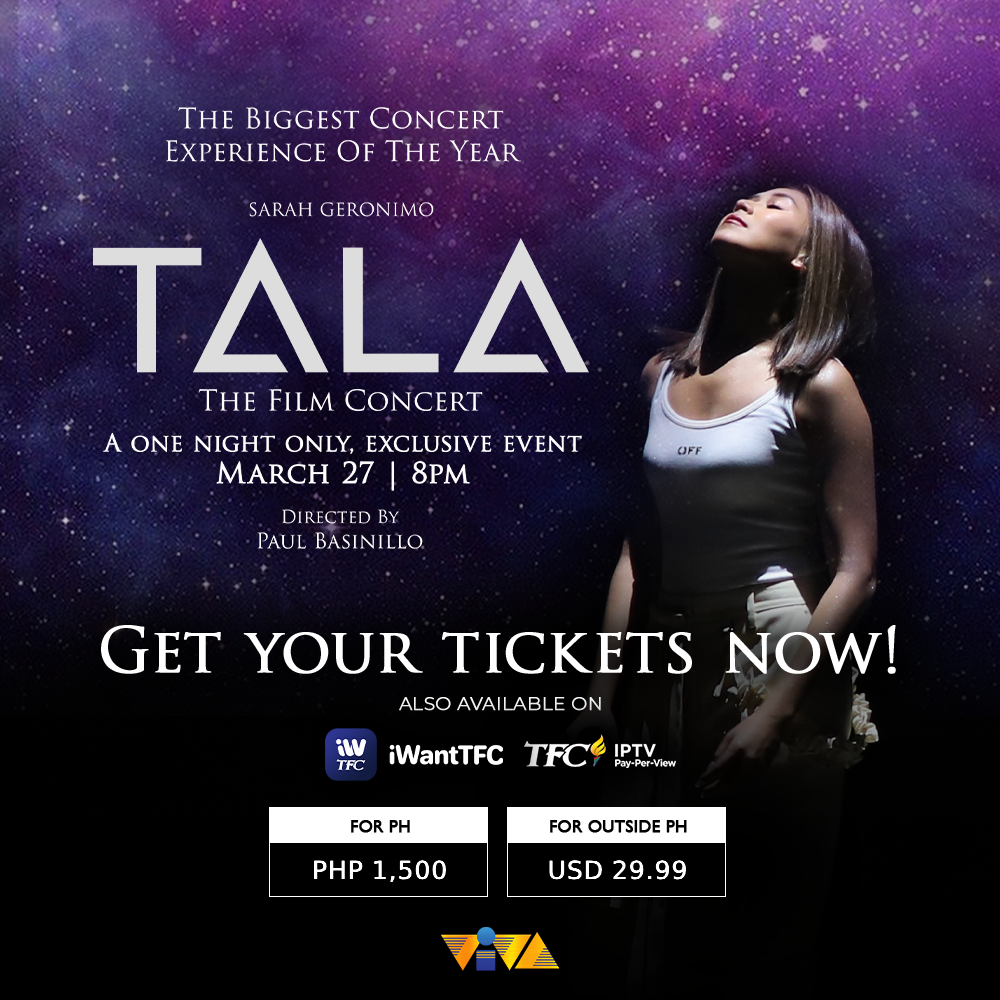 Named after her smash hit, the two-hour film will offer a live concert experience where fans will get to see the star perform 18 songs including her fresh interpretations of “Kilometro,” “Ikot-ikot” and “Isa Pang Araw.” A surprise guest will also be joining Sarah on stage for two special numbers.

Starting today (February 19) on KTX.PH, viewers can purchase regular tickets for P1,500 and VVIP tickets for P3,000. VVIP ticket holders will be also treated to a special interaction segment with Sarah via Zoom.

Produced by Viva Entertainment, “Tala: The Film Concert” was taped last December at the Araneta Coliseum. It is directed by Paul Basinillo, with Louie Ocampo as the musical director and Georcelle Dapat-Sy as the creative director.

Watch the one and only Sarah G’s return to the concert stage in “Tala: The Film Concert,” streaming worldwide on KTX.PH, iWantTFC, and TFC IPTV on March 27 (Saturday) at 8 PM (Manila time)