After weeks of rigorous screening, holistic trainings and activities, six worthy, modern and empowered women have been proclaimed as Binibining Pilipinas 2018 queens in the grand coronation held at the Smart Araneta Coliseum on March 18. All hail the new queens!

After weeks of rigorous screening, holistic trainings and activities, six worthy, modern and empowered women have been proclaimed as Binibining Pilipinas 2018 queens in the grand coronation held at the Smart Araneta Coliseum on March 18.

Crowd favorite Catriona Gray, a 24-year-old professional model and musician from Albay was named Miss Universe Philippines. She wowed the judges with her message to the women of war-torn Marawi. The statuesque bc, who finished in the top 10 of the Miss Universe 2017 pageant, crowned Gray. 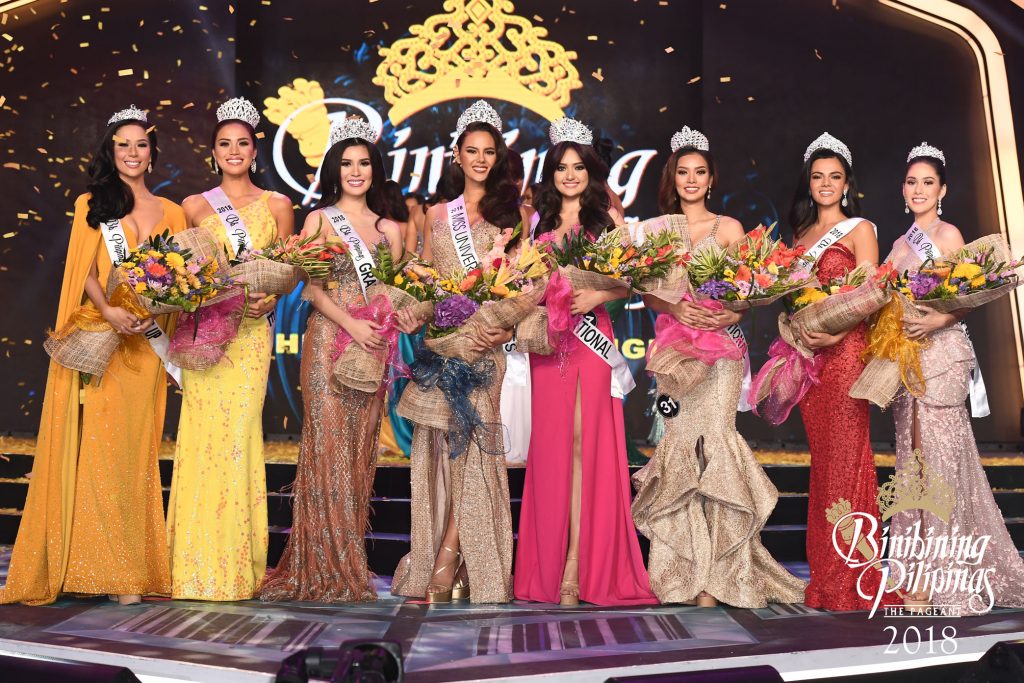 Ma. Ahtisa Manalo, one of the youngest contestants in this batch and a fresh Accountancy graduate from Candelaria, Quezon, emerged as Binibining Pilipinas International. Mariel de Leon, who has a budding showbiz career passed her crown to Manalo.

Third time proved to be the charm for Jehza Mae Huelar, 23, from Davao City as she bagged the Binibining Pilipinas Supranational title. This was the third time Huelar joined the pageant. The amiable Chanel Olive Thomas, who finished in the Top 10 of the Miss Suparanation pageant crowned Huelar.

Karen Gallman, a 25-year-old native of Bohol who worked as an analyst in London, was named Binibining Pilipinas Intercontinental. Katarina Rodriguez, who came so close to bringing the country’s first Miss Intercontinental crown, passed her title to Gallman.

These lucky and lovely ladies, armed with beauty and wit, hope to live up to the Philippines’ reputation as a powerhouse in international pageants.

Gray dominated the special awards as she was awarded Best in Long Gown, Best in Swimwear, Pitoy Moreno Best in National Costume, Jag Denim Queen and Miss Ever Bilena.