I have heard of the movie Bad Genius for quite sometime actually. I saw its trailer on Facebook and it got my attention based on its intense plot. I didn’t know I’ll get the chance to see the main cast last weekend when they visited Manila to promote the film. Oh well, for starters, Bad Genius,” is a 2017 multi-awarded Asian film directed by Nattawut Poonpiriya, and stars Chutimon Chuengcharoensukying in her acting debut as Lynn, a straight-A student who devises an exams-cheating scheme which eventually rises to international levels.

Both James and Non graced the Manila press and bloggers to talk about the movie.

SYNOPSIS. The story is about an exam-cheating business run by ‘Lynn’ (Chutimon Chuengcharoensukying), a straight-A student who gets the idea for her business after helping ‘Grace’ (Eisaya Hosuwan) and ‘Pat’ (Teeradon Supapunpinyo). Grace is a prominent school activist who can’t get the grades she needs and Pat is a filthy-rich boy who believes money can buy anything. Lynn’s business skyrockets and the money starts to flood in as scores of students offer her cold hard cash in exchange for exam answers. Chanon is a twenty-one year old. He first appeared in the gay romance Love’s Coming in 2014, and gained acclaim for his role as Net in the TV drama Hormones: The Series in 2015. Santinatornkul plays the character Bank in Bad Genius. While James, a20-year-old plays actor Pat, Grace’s rich and opportunistic boyfriend, in the movie. Like Santinatornkul, Supapunpinyo also began his acting career in theHormones: The Next Generation TV series in the 2014 season. He is the most followed Instagram star of the four, with 1.2 million followers. 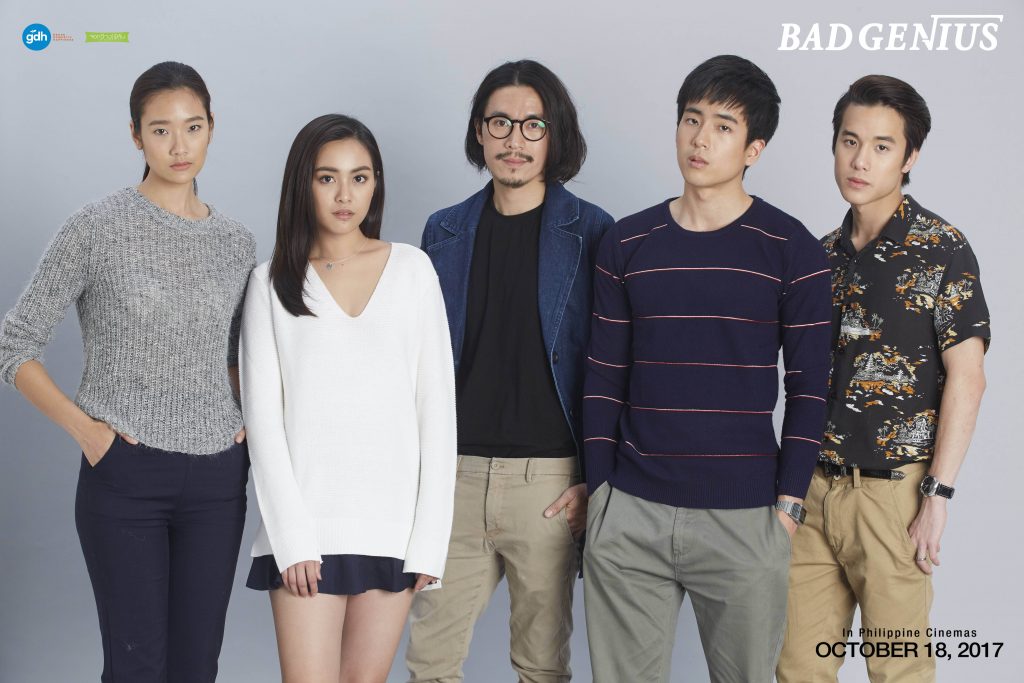 Here is my micro-movie reviews right after we went out of the cinema.

Its been awhile since I saw a high quality project that is lovely, classy & entertaining! From plot to texture, script and scoring, all A+.

Bad Genius will open in Philippine Cinemas starting October 18, 2017 and is distributed by Silverline Multimedia.