Before viewers get to see him again on the big screen via Star Cinema’s latest movie offering “Seven Sundays,” catch multi-awarded actor Aga Muhlach in one of his most challenging roles as a serial killer on the loose in the ABS-CBN’s digitally restored and remastered film “Sa Aking Mga Kamay” this week in “Cine Lokal” at selected SM Cinemas.

ABS-CBN Film Restoration Group participates in this month’s run of “Cine Lokal,” a project by the Film Development Council of the Philippines (FDCP) and SM Cinemas where eight theaters are dedicated to screen films selected by FDCP that include award-winning Filipino movies, independent films, and classic films. 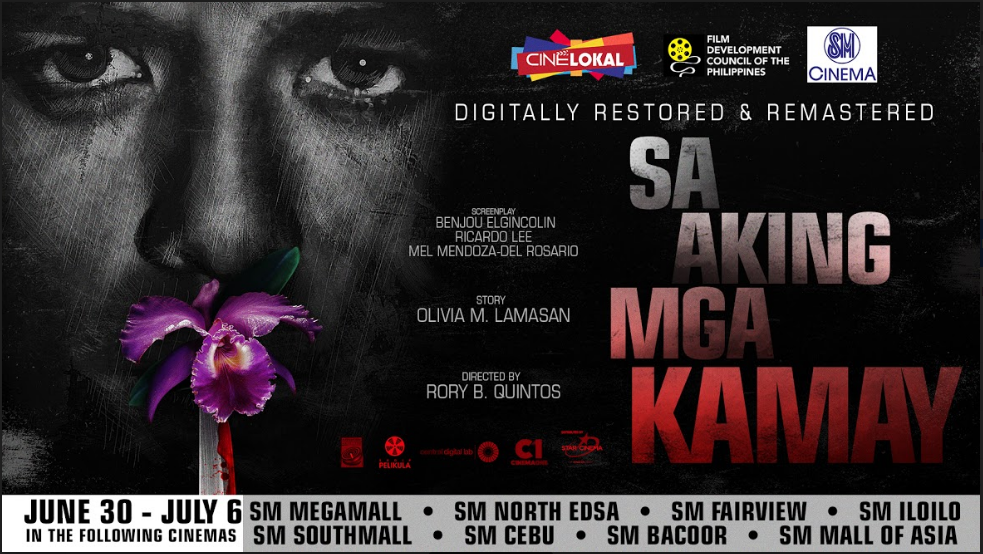 Released in 1996 by Star Cinema, “Sa Aking Mga Kamay” is a film about a handsome serial killer at large named Gene Rivera (Aga), who preys on unfaithful wives. The plot thickens when Gene’s latest victim turns out to be Camille (Chin-Chin Gutierrez), the wife of Joven (Christopher), the investigator of his case.

Since 2011, ABS-CBN Film Restoration Project has been restoring classic films to help preserve Philippine cinematic history. Together with Central Digital Lab, it has become the first restoration effort to be done within the country.

The advocacy campaign already earned recognitions from the International Gold Quill Awards, Philippine Quill Awards, and Anvil Awards not just for its cause to save classic movies, but for its effort to bring it to a wider and younger generation of audience through local screenings, free-to-air and cable television, pay-per-view and video-on-demand, DVDs, and even via iTunes.