In the tradition of offering family-friendly fare, Vic Sotto and his Dabarkads are back for another blockbuster fantasy-adventure movie based on the well-loved Pinoy pop culture icon! Kids are in for a treat as Bossing reprises his beloved role as Enteng Kabisote in the latest instalment of the movie series titled:  “Enteng Kabisote 10 and The Abangers.”

The comedy-adventure movie follows the reluctant hero in his latest fantastical escapade.  Through hard work and determination, Enteng Kabisote has used his talent to “butingting everything” to become an ironworks and robotics magnate. Since his last adventure in Engkantasya, he has settled down to becoming a successful businessman, community leader, and a doting grandfather to his cute and bubbly grandchild Benokis, as his son Benok (Oyo Boy Sotto) tackles fatherhood and his duty as a law enforcer.  Little does he know that trouble is brewing and he will be called on once again to save the world. 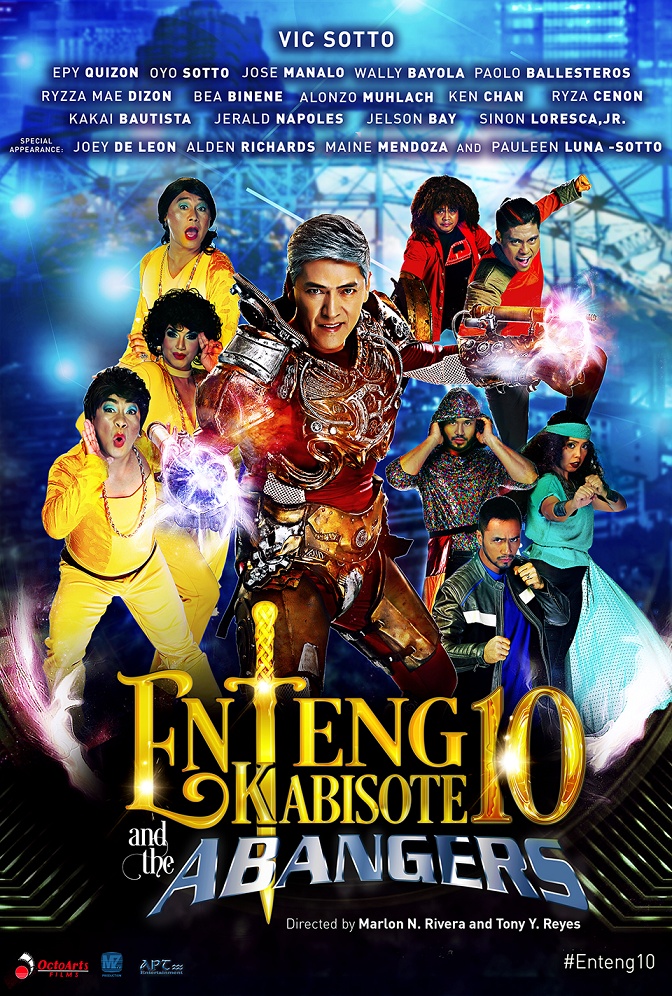 Enteng’s nemesis is Kwak-kwak (played by Epi Quizon), a power-obsessed villain who was booted out from Engkantasya. He has the capability to control minds who has launched a virtual reality game that transmits his mind control to anyone who plays it. The villainous plot is helped along by Bibi, Kwak-kwak’s devoted second-in-command and Bibe, his moronic but useful sibling, along with A1/ALLAN & A2/ALLAINE, the two creators of the viral game app which Kwak-Kwak uses as a channel to spread his psychic powers to control humankind.

To defeat Kwak-kwak and restore order in the real world, Enteng calls upon a team of misfits, who form his Abangers team. They are individuals who have unusual special powers and have been waiting for a long time to put these powers into good use.  The Abangers are actually OEWs (overseas engkantasya workers), whose powers Kwak-kwak needs to harness in order to fulfill his nefarious mission.

On his team, Enteng has three inimitable sisters: Nidora (Wally Bayola), a fierce but values-centric granny who possesses an equally fierce loud voice called “The Incredible Voice”; Tinidora (Jose Manalo), who has very quick reflexes and engaging dance moves called “The Flash Dance”, and Tidora (Paolo Ballesteros), a flirtatious hot granny who channels her hot flashes to other persons through her stare. They are joined by Remy or “The Mister Iron”, a tour guide and family guy who can seemingly flatten any tangible materials, Oring, a spunky female fortune teller in Quiapo who can perfectly predict anyone’s future but only for a span of two minutes, Lucas, a muscled handsome guy from Tondo who possesses incredible strength and a high pitched voice, and Bistika, a standup gay comedian who can perfectly blend himself with his surroundings — while doing some pakganern splits! 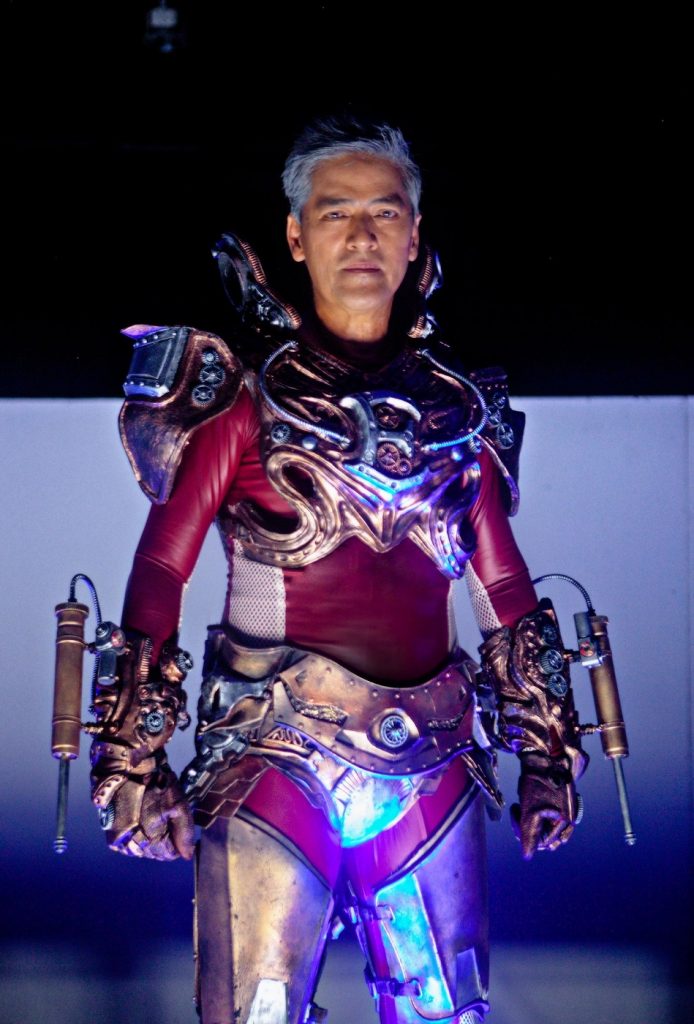 Will Enteng and the Abangers be able to save the world? Moviegoers can find out real soon. The movie is directed by Marlon Rivera and Tony Y. Reyes, and produced by OctoArts Films, M-Zet Productions and APT Entertainment.

“Enteng Kabisote 10 and The Abangers” will open this November 30 in cinemas nationwide. Trailer link: https://youtu.be/Pcs7YyMj8xU