I just got out of the cinema from watching Bb Joyce Bernal movie “The Super Parental Guardians” starring the Phenomenal box office star Vice Ganda and Primetime King Coco Martin from Star Cinema. The movie is made for submission to the upcoming 2016 Metro Manila Film Festival however based on the festival jurors’ decision, the movie didn’t make it to the TOP 8. 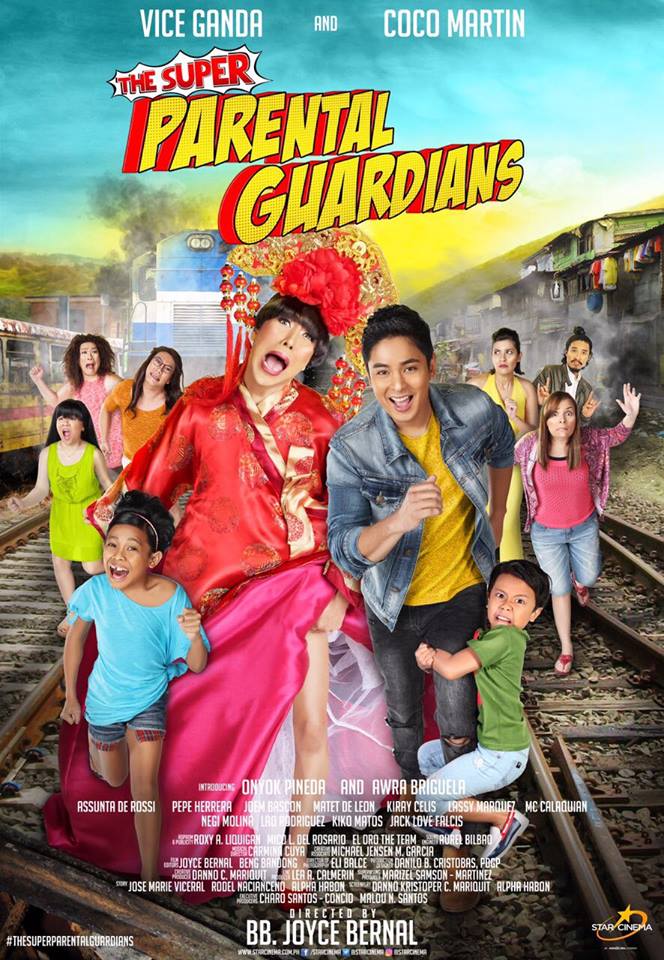 Moving on with MMFF, Starcinema‘s wiser move to screen this movie ahead of Filmfest week is the best thing that happened to this project. They will now have 24 screening days prior to festival block on December 25.

The Super Parental Guardians is a family movie with a heart that revolves around unlikely “parents” Arci (Vice Ganda) and Paco (Coco Martin). Arci gains custody of his best friend’s children Megan (Awra Briguela) and Ernie (Onyok Pineda) just before she dies. The children’s uncle, Paco, has no choice but to join this newfound family. Arci and Paco will now embark on the craziest and greatest adventure of their lives as they play the roles of Momshie and Popshie to both Megan and Ernie. Lets watch this trailer.

As usual, Vice Ganda is unanimously funny.  The movie managed to deliver the promise, to combine action and comedy into one hilarious and entertaining plot. More than the tested tandem of Vice Ganda and Coco Martin, Awra and Onyok deliver separate brand of comedy of their own. I liked that Vice fulfilled its goal to make me laugh with hundreds of audience on its first screening. He remains one of the brightest and funniest comedians for me. Coco Martin is exemplary in all of his action scenes.

To be honest, I expected much of this movie. I even initially defended this for the non inclusion to MMFF. The plot is very generic yet the jokes connect, even when they’re easy. You can tell this is a movie by the occasionally frantic mood and a sense of scale that feels a little off sometimes. I think what it lacks is the consistent punchlines from the usual Vice Ganda movies in the past. I kind of miss that continuous laugh-trip experience. I feel like there are dead airs in between.

Awra and Onyok are not really funny but an effective support to the developing story. Their  attempt to make Awra gay-er is an overstatement and making my eyes roll. Where have all our Xyril Manabat and Serena Dalyrmple kind of kids doing because those years are the times when I love kids in this genre.

On a brighter note, Lassy and MC are my favorites. They gave justice to their support act while keeping us entertain with their punchlines.

Vice Ganda is ALREADY GOOD. I just felt that the comic relief that I get from the past is not the same in today’s experience. I hope Bernal won’t let anyone sing again. Here are my top funniest and favorites from the movie. And please

The glory and redemption of “The Super Parental Guardians” is that it is devoted, above all, to the love for family and shared ambition of main characters to protect their love ones and that it finds plenty of room within that premise for ridiculousness and warmth.

As of this time, The Super Parental Guardians is screening in more than 280 cinemas nationwide. I rated the movie 7/10.