It is the time of the year again so I am welcoming you to the 2017 Metro Manila Film Festival! As you all know, I am covering almost all of the MMFF events as much as I could so today starts my daily blog about my favorite film festival. First, let’s take a look at the first FULL TRAILER of Ang Panday, the official entry of CCM Production and Viva Films.

We all know that GMA films and Imus Production submitted the story Ang Panday to MMFF back in 2009 starring Bong Revilla. It won 9 awards including Best Picture and Best Actor. Last 2011, a sequel was made with all the cast reprising their roles. It won Best in Visual Effects that year. This year, the King of Primetime TV Coco Martin takes the lead as Flavio with Beauty Queens Kylie Verzosa and Mariel De Leon as his leading ladies. 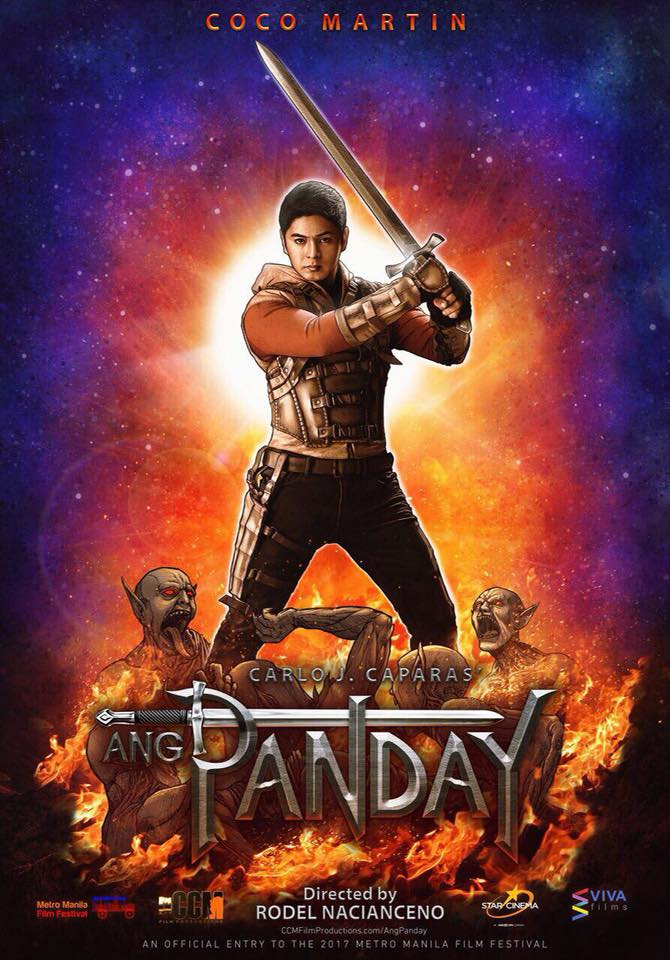 This is also the first time Coco Martin assumed a full directorial role and as the lead actor in the movie. With a very promising trailer plus Coco Martin’s bankability , I expect this will be one of the major Box Office front runners this Christmas.  Ang Panday opens December 25, 2017 nationwide.