I have always been a fan of Coca-Cola Christmas campaigns whether its an activation, a touching Youtube video or Television Commercials. They’ve been consistently relaying the true meaning of Christmas with their campaigns and they are one of the few brands that put a smile to less fortunate fellows every season. Allow me to share you first what Coca-Cola prepared this year through this video.

Last December 3, 2016, Coca-cola opened our December with a bang thru a special event. Dubbed as #TagaHatidPasko, the Coca-Cola Christmas Concert were graced by famous celebrity at the SM Mall of Asia concert grounds. 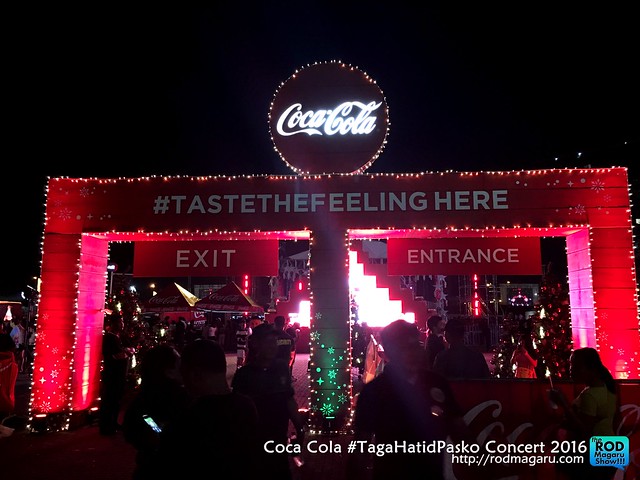 “This Christmas, Coca-Cola wants to put the spotlight on the people who makes us feel the magic of Christmas or who we call as #TagahatidPasko or ‘bringers of Christmas’. We want to inspire people to recognize and show their appreciation for these people we rarely say thank you to…” shared Coca-Cola Philippines Vice-President for Marketing Stephan Czypionka.

I love it when some of my favorite artists grace the event. Coca-Cola Ambassadors Enchong Dee, Bailey May and Ylona Garcia along with some celebrity favorites like Diego Loyzaga, Alexa Ilacad, Nash Aguas with his team members from Gimme 5, even the Voice Kids PH Season 1’s Darren Espanto also joined the fun in the event!

Here is Bailey serenading the crowd. 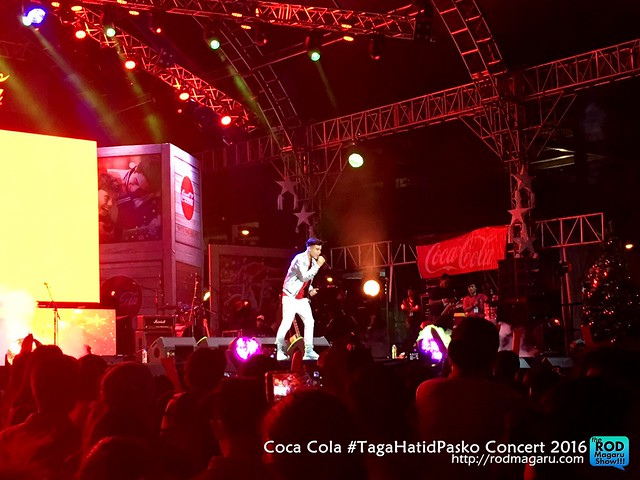 The crowd saw one of the country’s hottest loveteams of the generation – Till I Met You couple James Reid and Nadine Lustre, followed by special performances from OPM legends such as Rico Blanco, Gloc-9, Callalily and Sandwich. Gloc-9 definitely made my night when he sang Sirena. The Crowd went wild and sang with him.

Then he also sang, KALEIDESCOPE 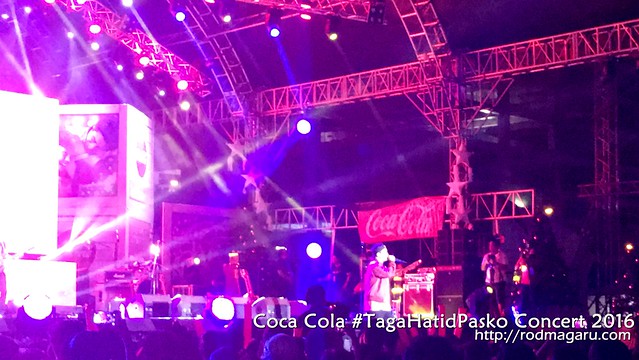 Celebrities also revealed who are their own Taga Hatid Pasko. I was in awe to hear stories specially from Nadine Lustre and James Reid plus Enchong Dee about the people who always take care of them throughout the year. It was one of the most touching stories for this year’s campaign. 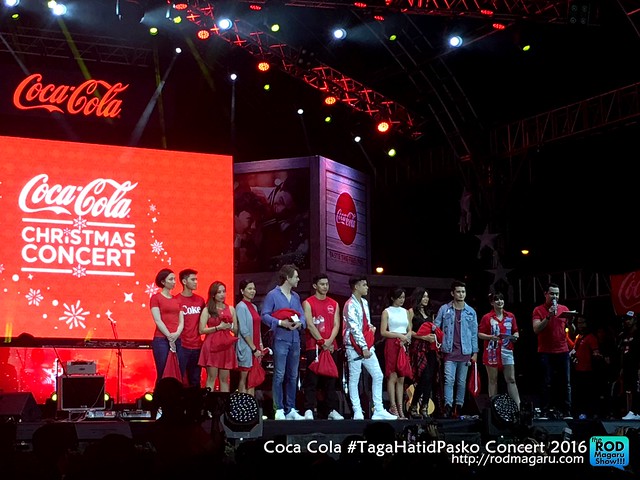 I also liked what they did when they raffled off few Christmas gifts to several employees from Coca-Cola partners 7-Eleven, Shell, Select, Grab, Mini Stop, Coca-Cola 5 by 20, Shakey’s, Djarn, Sentinel, Tropical Hut Pasay City, MMDA and PNP, who were nominated as Taga-hatid Pasko heroes also received special rewards and gifts at the event.

Here are my fellow blogger friends Duane, Ruth, Rodel and Ed with me joining the fun in SM MOA Concert grounds. (Photo from Ruth Dela Cruz of ruthdelacruz.com). If you look around, joy and excitement surrounded the area as guests enjoyed some of the on-ground activities such as the Coke karaoke booths, 5by20 Women Artisan Booth, Coke tattoo booths and the Coca-Cola Santa and Snow land stations where they took pictures and played with ice-cold snow.

I will definitely share the joy and laughter of Christmas with my favorite Coca-Cola drink this season with my celebrated #TagahatidPasko.