While the universe lay at her feet, coming home to the Philippines is never complete for reigning Miss Universe Pia Wurtzbach without a trip to the country’s number one fastfood chain. 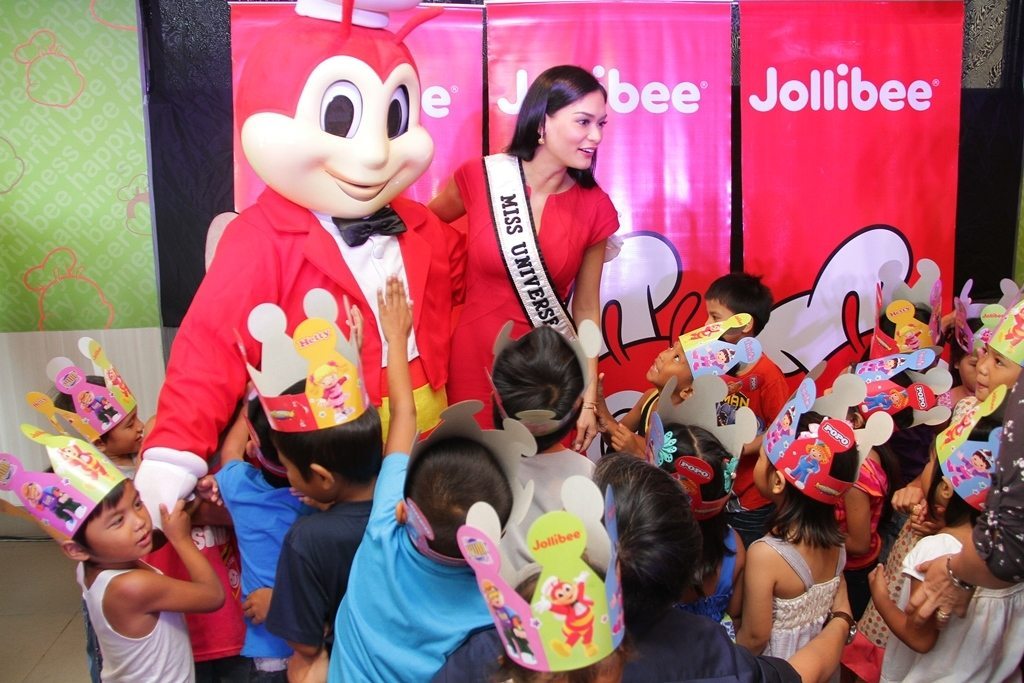 DREAMS OF A QUEEN. The orphans of Manila’s ERMA Foundation were all excited and asked questions about how Miss Universe 2015 Pia Wurtzbach made her dreams come true. She gamely answered the questions of the kids and even gave pieces of advice.

On her second trip home since winning the much-coveted crown, the Miss Universe did not only drop by Jollibee, she also helped spread joy to 20 kids from an orphanage who were invited to a special Jollibee lunch party.

In this video taken this morning, you will see Ms. Universe Pia Wurtzbach was crowned by one of the kids who is part of the event.

PIA WURTZBACH WINS ANOTHER CROWNMiss Universe 2015 Pia Wurtzbach is also crowned Queen of our hearts by Jollibee and kids at a party she hosted for the orphans of Manila’s ERMA Foundation at Jollibee’s Bautista cor. Buendia branch.

The Jollibee Buendia-Bautista branch, on the border of the cities of Makati and Pasay, quickly turned into a playground for four- to eight-year-old kids who – like Pia and her entourage – were served with a filling meal of two-piece Chickenjoy, chocolate sundae, and Peach Mango Pie. They were also treated to a special dance number by the Jollibee and Friends mascots. 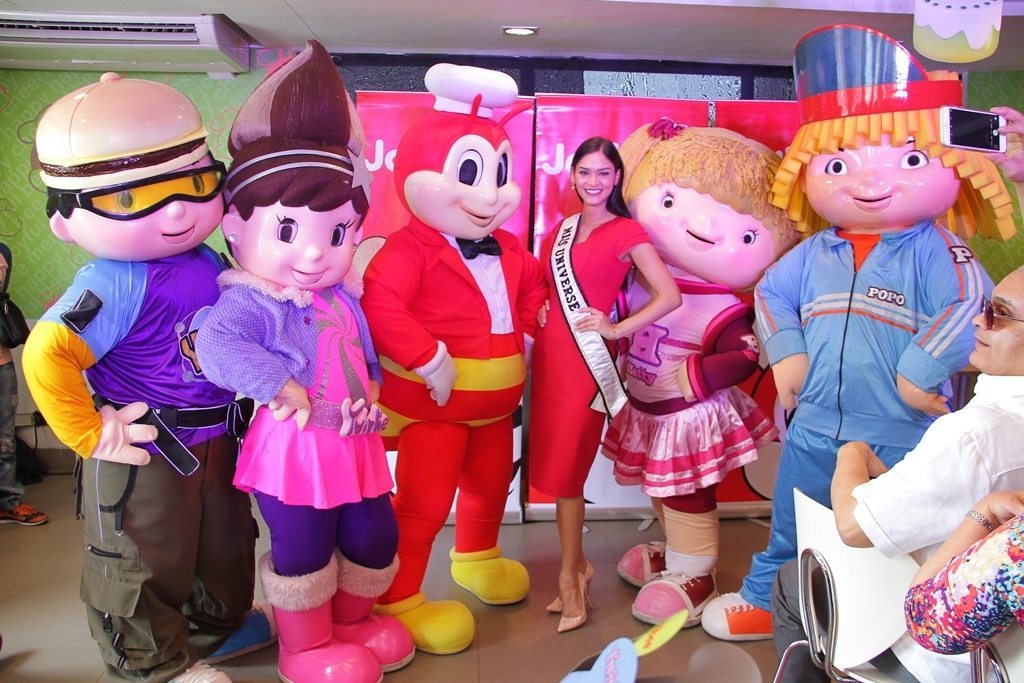 SQUADGOALS. Jollibee and Friends joined Miss Universe 2015 Pia Wurtzbach when she threw a kid’s party for Manila’s ERMA Foundation, a center for orphans. The kids spent the morning with dance numbers, surprise games, and sumptuous meals of Chickenjoy and sundaes, and special gifts from the Miss Universe herself.

Pia earlier revealed in a Buzzfeed Philippines interview that she’s a Jollibee fan, with the Chickenjoy as her favorite.

During the short program, Pia also imparted some life-lessons to the kids during the simple program. “Importante na lagi tayong maging magalang sa mga nakakatanda sa atin, mag-aaral ng mabuti, at parating magdasal, lalo na bago kumain (It is important that we are respectful to our elders, study well, and always pray, especially before meals),” said Pia, addressing the children. 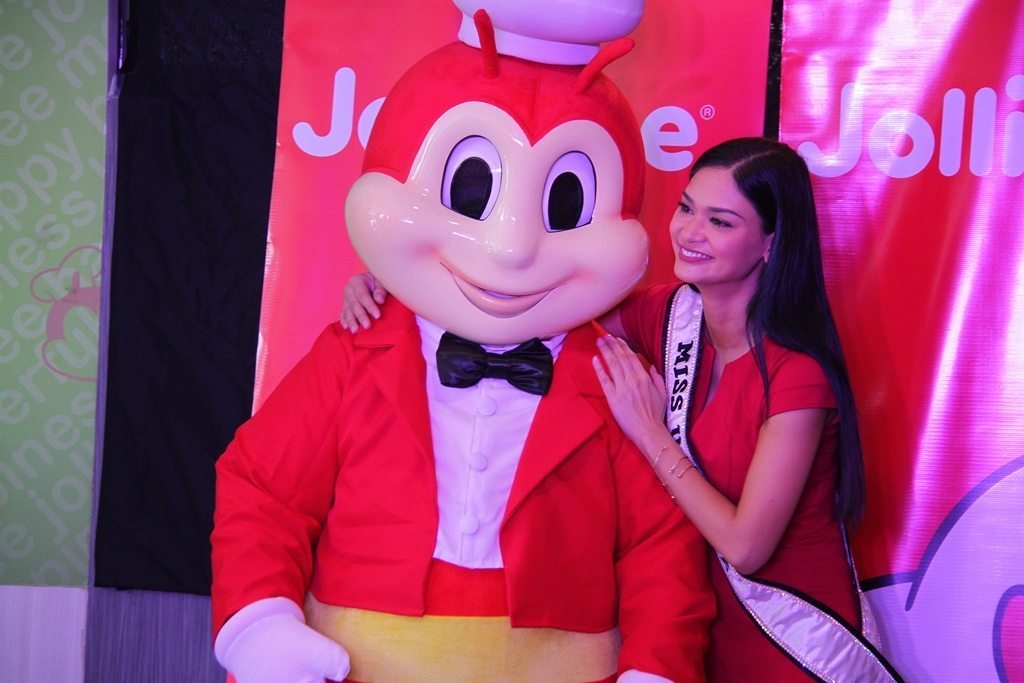 JOLLIBAE. True blue childhood friends, Jollibee and Miss Universe Pia Wurtzbach were reunited yesterday for a children’s party for the orphans at Manila’s ERMA Foundation. Growing up, Pia has always been a fan of the fastfood brand and even celebrated one of her memorable birthdays as a kid with a Jollibee party.

A symbol of hope and perseverance for Filipinos, Pia joined the local Binibining Pilipinas three times before winning the crown to represent the Philippines in the Miss Universe pageant. Her victory ended a 63-year drought since the country last won the Miss Universe crown and brought jubilation among Filipinos here and abroad.

As a special gift to the kids, Pia distributed Jollibee toys and gamely posed for photos with them.