Globe Prepaid Virtual Hangouts—Gen Z’s exclusive interactive platform that houses all fun, innovative, educational and passion-based experiences from Globe Prepaid—has launched the GoWATCH Film Lab, a learning program for emerging creatives who desire to tell their stories through the art of cinema. 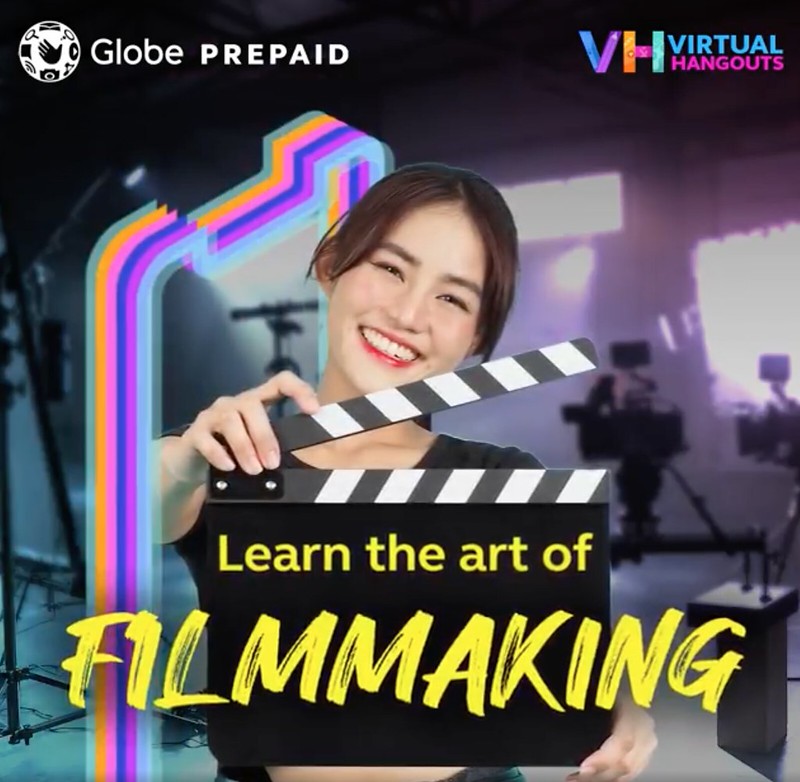 The four-part workshop sessions are just the beginning. Participants have a chance to pitch their own story, wherein selected finalists will face a jury of industry players, for a chance to win a script development mentorship plus Php 200,000 seed grant.

The Globe Prepaid Virtual Hangouts GoWATCH Film Lab is open to individuals who have a story to tell and who are interested in finding and developing their voices and talents in filmmaking.

GoWATCH Film Lab is Globe Prepaid’s fifth pillar and learning program under its Virtual Hangouts platform. In the past it conducted the GoESPORTS Game On! Training Camp for ESports streamers and casters; GoHUSTLE Boss Up Bootcamp for entrepreneurs; GoKOREAN K-Fashion Institute for Korean fashion lovers; and the recently concluded musical talent search called GoJAM On Stage.

The GoWATCH Film Lab is part of Globe’s continuing mission to give a platform to cinema artists to express their perspectives. In 2019, Globe’s film production arm, Globe Studios now called ANIMA, launched its first ever Short Film Lab during the .giff Festival of New Cinema. ANIMA is Globe Prepaid’s partner in putting up this year’s GoWATCH Film Lab.

“We believe that the Gen Z’ers have a strong and unique voice,” said ANIMA Executive Director Quark Henares. “(During our 2019 Short Film Lab), we paired our participants with seasoned filmmakers for a hands-on mentorship to guide them from their short film’s concept and script development, to finding their audiences here and abroad. For the GoWATCH Film Lab, we are extending the same opportunity to our participants.”