As the second quarter opened and the second year of the pandemic begins, Gary Valenciano springs a refreshing surprise with a brand new song expected to inspire and encourage his millions of  fans. Entitled “Make Us Whole Again,” the evolution of the creation of the song makes for an interesting narrative. Watching sadly the passing of his friends and many front liners and families of classmates and colleagues in the industry, Gary started writing a song in the summer of 2020. 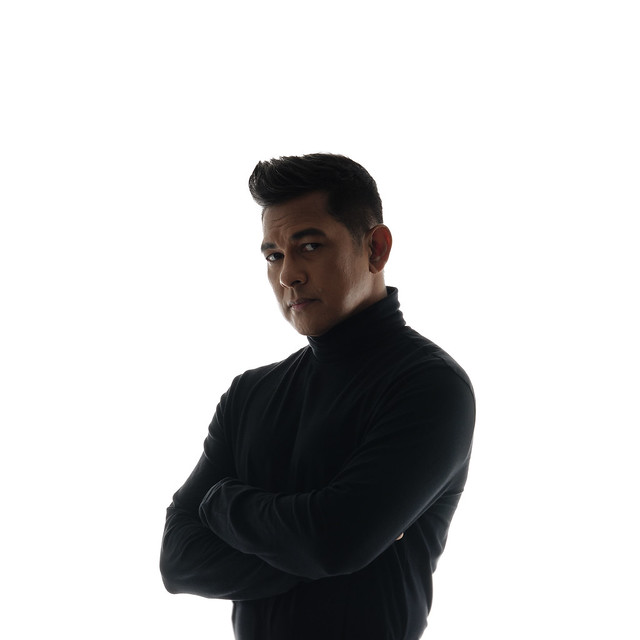 He witnessed the mourning of so many including good friends who lost their parents and siblings to the disease, production staff, front liners, and industry leaders. Gary watched videos, listened to songs and podcasts, produced videos and participated in various online concerts and fundraisers that raised millions in funds for the various Covid19 causes. One special video “Shout For Joy” produced by his Genesis team for his TV show, received a special citation during an international meeting of one of the top 5 global social media platforms and one of the top 3 best lockdown music videos globally and he hit the number three slot after Taylor Swift and John Mayer. And as the months passed, the crisis only worsened so when his wife Angeli and his team members were diagnosed as being Covid19 Positive, coincidentally he was able to finish the creation and the production of the song with the following lyrics: 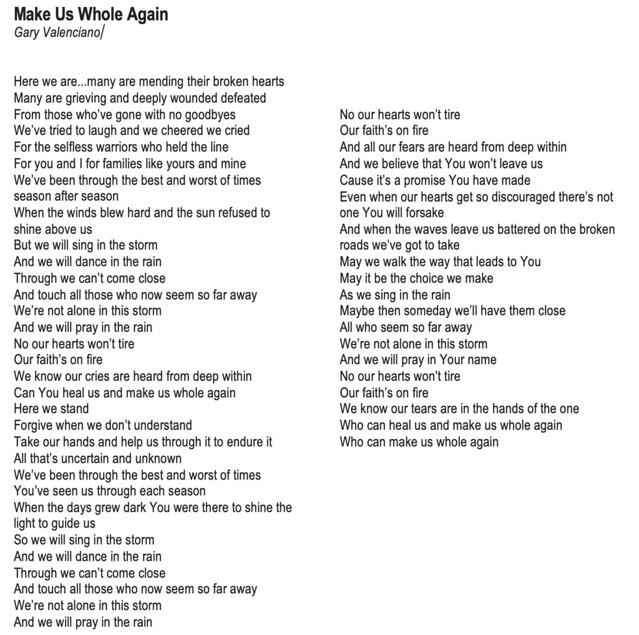 He recently was able to perform the song on his television show ASAP Natin ‘To where we stands as one of the pillar host/performers for 17 years now as he celebrated his 38th year in the entertainment industry and generated so many positive responses from his fans. He also sang the song on the TV show Your Face Sounds Familiar where he stands as one of the three judges alongside Sharon Cuneta-Pangilinan and Ogie Alcasid. The studio was quiet and most were crying as he sang this amazing anthem.

And on May 7, Friday, at 7:00 a.m. (Philippine Time), Gary is invited to participate in America’s National Day Of Prayer event that will stream live on Pray.com where he will offer prayers as well as inspiration through his music as he performs “Make Us Whole Again” for the very first time before a live global audience. 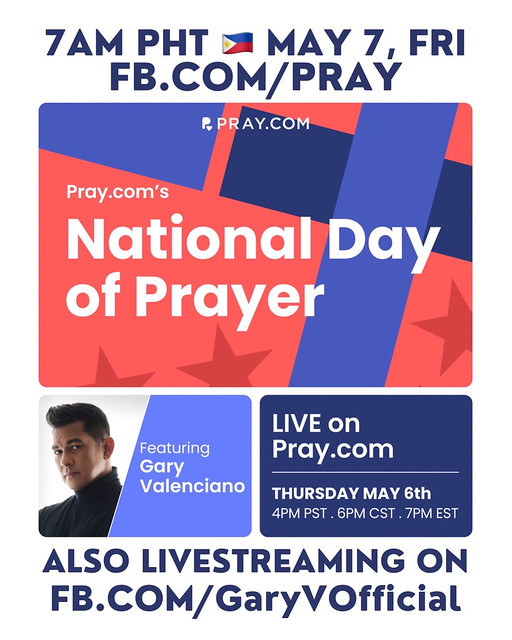 Watch Gary in National Day Of Prayer on PRAY.com, FB.com/PRAY, and FB.com/GaryVOfficial. Check out “Make Us Whole Again” on Spotify, Apple Music, and YouTube Music.