With its live shows approaching, “The Voice Teens” is trimming down its artists to only three of the best per team in the Knockout Rounds starting this weekend (July 25 and 26) on Kapamilya Channel.

In the Knockouts, the 36 remaining artists will compete in three-way showdowns with only one teen artist per group to win. Each team’s top three artists or the season’s top 12 will then advance to the live shows.

Only the strongest contenders will remain on coach Lea’s FamiLea that comprises of Tina, Airene, Josh, Aaron, JP, Kristian, Cydel, Alexia, and Andre.

Team Apl artists are also stepping up their game as Calvin, CZ, Isang, Jessie, Noielle, Hana, Yang-yang, Matt, and Tyson fight it out on stage. 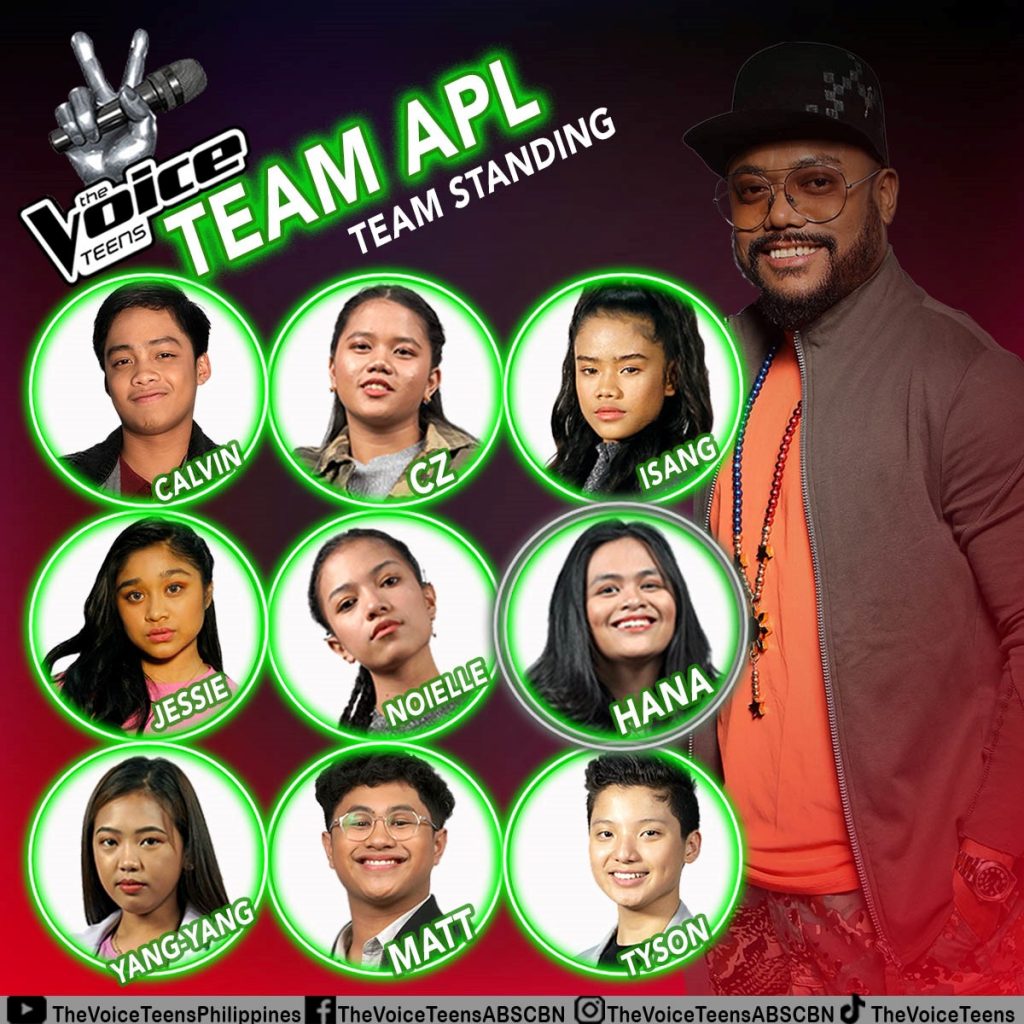 Coach Bamboo’s artists Heart, Jayne, Kate, Gab, Aly, Dani, Rock, Vincent, and Zam are also pulling out all the stops as they compete to remain in Kamp Kawayan.

Adding thrill to the Knockouts are the artists “stolen” by the coaches from each other in the recently concluded Battles. Apl, Bamboo, and Lea respectively took Hana, Kate, and Andrea from Sarah, who stole Pia from Lea’s team.

Will one of the “stolen” artists move on to the next round? Which artists will represent their teams in the live shows?

“The Voice Teens” airs live on Saturdays at 7:30 PM and on Sundays at 7:15 PM on Kapamilya Channel (SKYcable channel 8 on SD and channel 167 on HD, Cablelink channel 8, G Sat channel 22, and most cable operators under the Philippine Cable and Telecommunications Association PCTA nationwide). It is also streamed live via Kapamilya Channel and its episodes are available on-demand on the iWant app and on iwant.ph.