AirAsia is proud to announce our partnership with (RED) in support of the Global Fund to fight AIDS in Asean.

The funds generated from the (AirAsia) RED partnership will go directly to the Global Fund to support HIV/AIDS programmes in Asean, home to nearly 1.8 million people living with HIV, according to 2017 UNAIDS data.

AirAsia has pledged proceeds from its current Free Seats promotion and various activities planned for 2019. 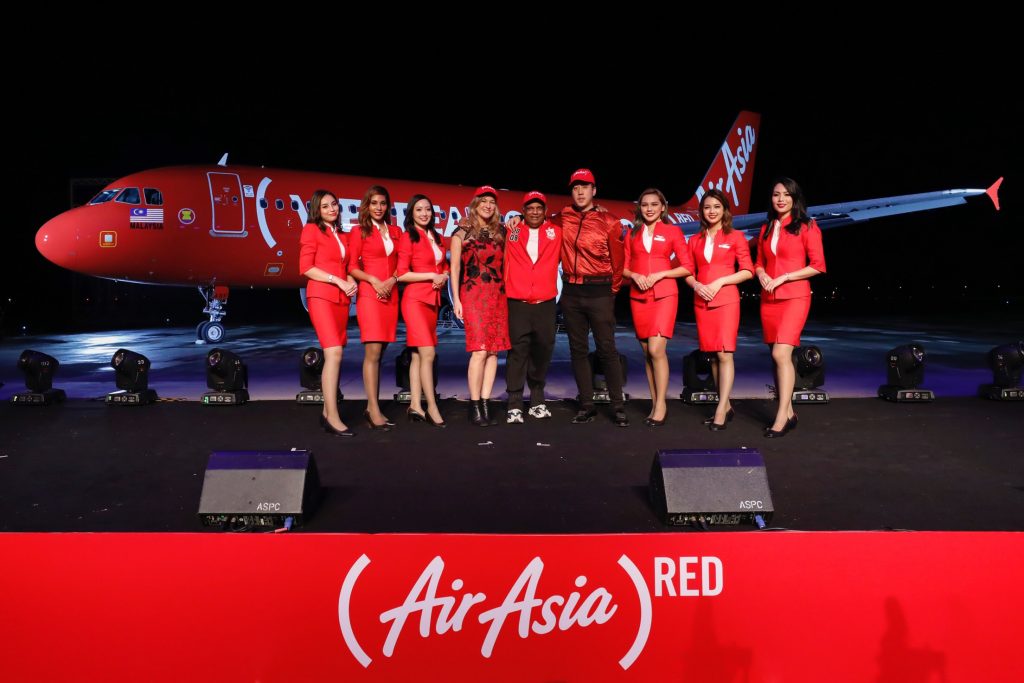 For every seat sold on airasia.com and the AirAsia mobile app during the 24-hour period from noon tomorrow until noon on Wednesday (GMT +8), AirAsia will donate 20 US cents, enough to buy one day’s worth of live-saving antiretroviral treatment for someone living with HIV.

In addition, AirAsia and (RED) will be collaborating with leading global Asian music label 88rising to launch a new Asean music and arts festival in 2019 to drive positivity and awareness of HIV/AIDS in the region. Dates, location and lineup will be announced at a later date.

The partnership was announced at the unveiling of a special (WEAREALLCHAMPIONS) Red livery at Sepang Aircraft Engineering (SAE) here today. Guests were treated to a live performance by Los Angeles-based rapper Dumbfoundead, an 88rising collaborator who performed at their recent Head in the Clouds festival in the US.

(RED) CEO Deborah Dugan said, “We couldn’t be more excited to partner with such a creative and innovative brand like AirAsia! Loved by millions and committed to making a real difference in Southeast Asia, the (AirAsia)RED partnership is literally taking the AIDS fight to new heights.”

88rising Founder and CEO Sean Miyashiro said, “88rising is absolutely over the moon with the idea of an amazing music and arts festival in Asean that empowers a young audience to save lives. All of 88rising will put all of our creative minds together to make this experience one of a kind, while creating massive awareness and engagement to a globally minded audience.”

AirAsia Group CEO Tan Sri Tony Fernandes said, “AirAsia has always been about making the impossible possible. Today’s global partnership is all about championing new opportunities, both for those living with HIV/AIDS and in terms of bringing a broader message of positivity and change to Asean. And this is just the beginning. We have many more things planned with (RED), with support from 88rising, to supercharge outreach in the region, so watch this space.”