Summer may be over and all of us are back to our daily grind in school and work but I know, you’ve been staring at those wonderful out of town stories & beach photos on your social media accounts. I’m sure you guys have a fair share of what caught your attention online especially those unbelievable, trending videos shared by netizens.

There is actually one EPIC (and when I say epic, it’s HUGE!) viral video circulated this summer that made me go, “Wow, I spent my 3-minute in  this video smiling and admiring the talent.” Though I am sure you already browsed this on Facebook, I am talking about the EPIC Barkada Dance Video by the sexiest Yassi Pressman, teen dance sensation Julian Trono, with the country’s premiere dance group, G-Force.

Matched and remixed with an EPIC song from the 90s, in fact one of the biggest OPM hits of all time “Next In Line”, the video made its way and went viral up until today! Lets watch this first:

With a small attention span of netizens and online users, this EPIC Barkada Dance Video by Greenwich Pizza garnered a massive reach of 5.7 MILLION views since it hit online. I was able to get them altogether for an exclusive interview and was very excited to get to know the concept, ideas and geniuses behind this wonderful project.

WATCH THIS BEHIND THE SCENES VIDEO. This made me feel like I want to go back to dancing. 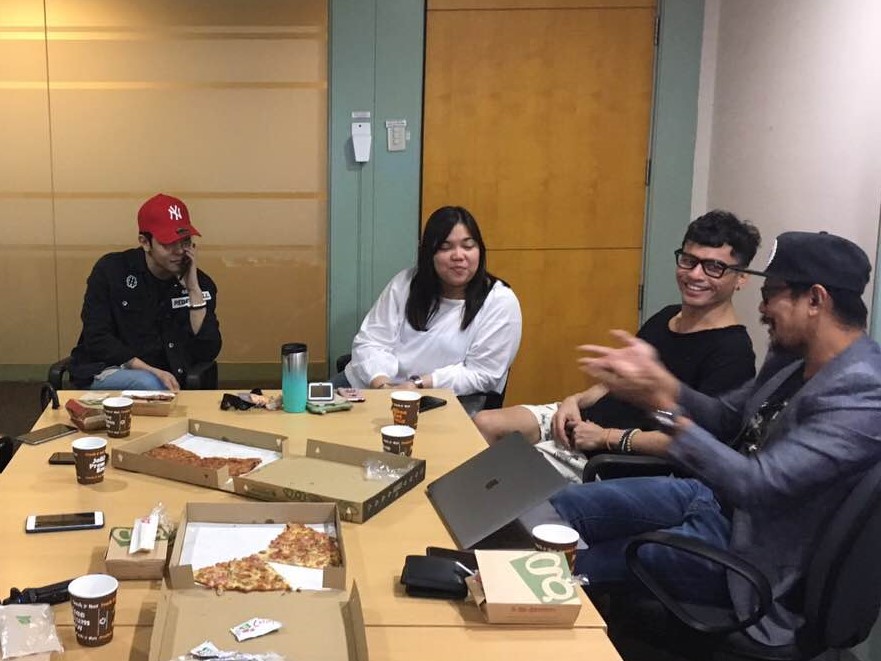 As mentioned by the genius marketing team, the project is is targeting today’s growing audience, the millennials. Cookie Cabrera, Greenwich Public Relations, Corporate Affairs and Digital Head shares, “We are trying to create a parallelism on how your epic moments can be as epic as the Lasagna Supreme but of course the behavior of the audience online is different. They want it more engaging and they want it to be more like as a storytelling kind of material.”

Cookie T. Cabrera shares this photo taken from the first team meeting of the Greenwich Epic Dance. With her are her team members, G-Force Ritz, VIVA Production and VIVA Records reps, and Direk Paul. According to Cookie, “Strong collaboration between the client and production team is the key to great things.” With how the EPIC dance video as proof, I fully believe what she said. 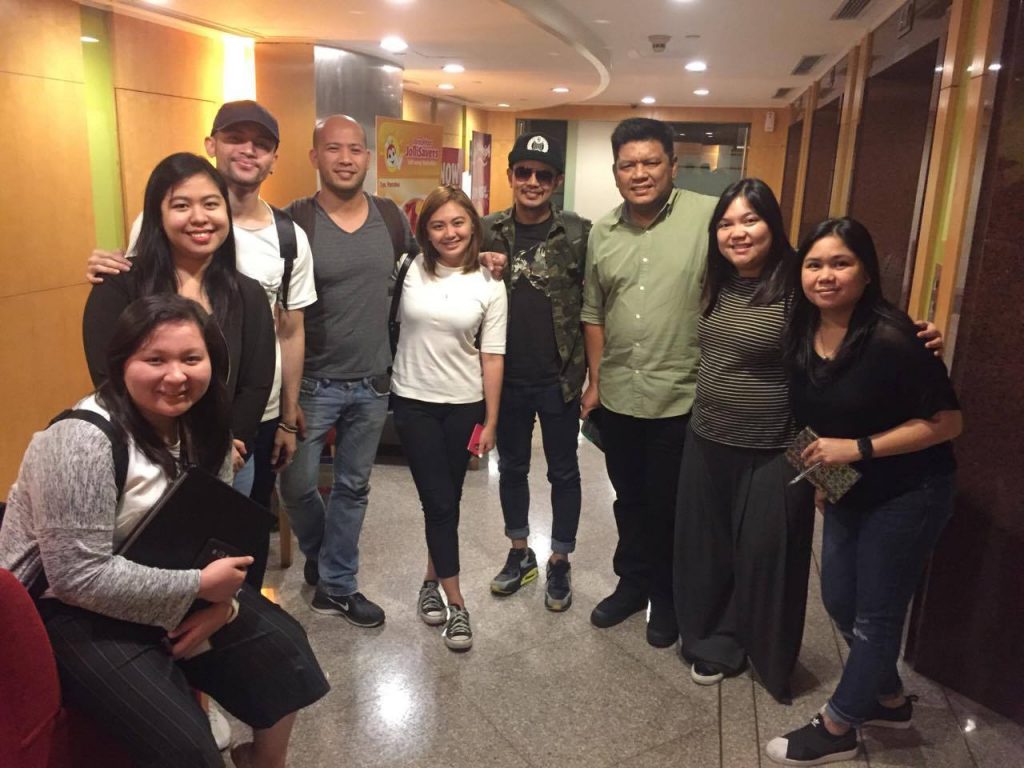 As we all know, Greenwich is a fun brand, very dynamic, vibrant, hip and young. For the last three years, the brand consistently used music to convey the message thru this kind of passion point. Julian Trono shares about his thoughts on doing the project. “I saw it coming na its really big. I agree to do it syempre first its Greenwich, second it is Direk Paul, whom I’ve worked in previous projects in GMA Network and with all honesty, iba yung magic ni Direk Paul and of course knowing we’ll have G-Force so I felt really honored especially when I get to know that I’ll be dancing with Yassi again. Also, this EPIC concept is really an EPIC reunion for me with Yassi and Direk Paul. 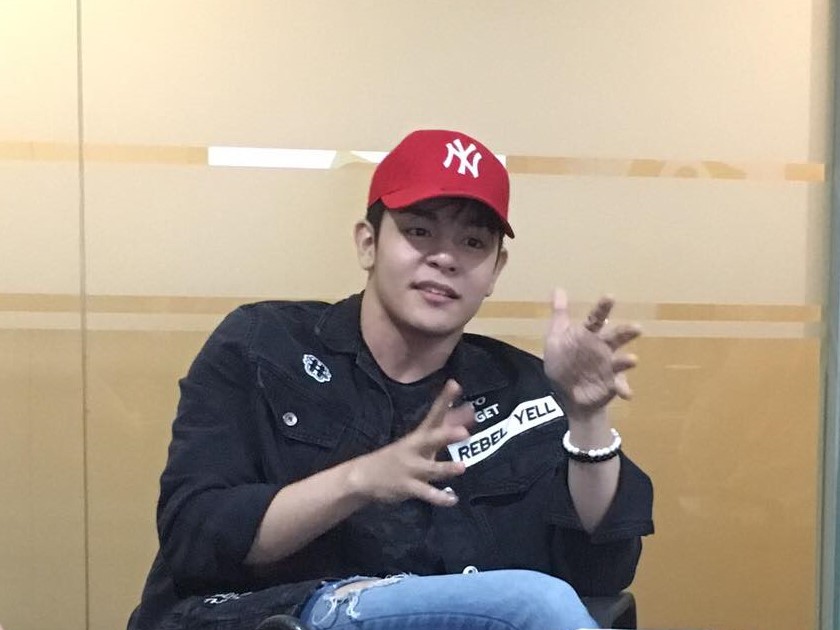 G-Force Teacher Ritz Beltran also shares how excited the group was. “It is always exciting to work with people who are creative, and who understand the whole process of collaboration.  With this team, it is a collaboration of idea and the challenge from us is how to make it look different since ang dami nang viral dance videos and how do we make it EPIC. My only mindset was it should look fresh and different. And it did!”

“I agree. I think the challenge of making this EPIC is to make it really epic. I think the magic here is that everything was PURE and AUTHENTIC.” says Director Paul Basinillo, who made a name for himself through various concerts, music videos and TVCs. “From the onset, it was really, put on the table that you know, it is a collaborative effort of creative minds. Walang kanya kanya” he continues.

With the choice of song, “NEXT IN LINE” promised and delivered a perfect connection to the target audience. “The song really fits the talent and the brand I mean, these are the next in line, the next generation and the next big thing.” says Direk Paul.

“This song is really huge and it’s talking to the youth so since we are targeting the young ones, we decided to use the song.” Cookie added.  “While the message is very relevant, the music needs to be updated. So we tweaked it with a modern twist.”

“I knew about this song since before and I have liked it. I have always thought it to be one of the most powerful songs about the youth.” Yassi shared. “So when I heard it with the new beats, I was blown away! Yung tipong kapag narinig mo, ang sarap sayawin.. I really felt the connection and I knew the current arrangement will make it more relatable to today’s youth. I thought Greenwich really made sure this will appeal to the age group they are reaching out to. Galing talaga. It was so well thought out. I found out VIVA and Thyro were the ones behind the music and I thought, “No wonder, Sabi ko na nga ba…” 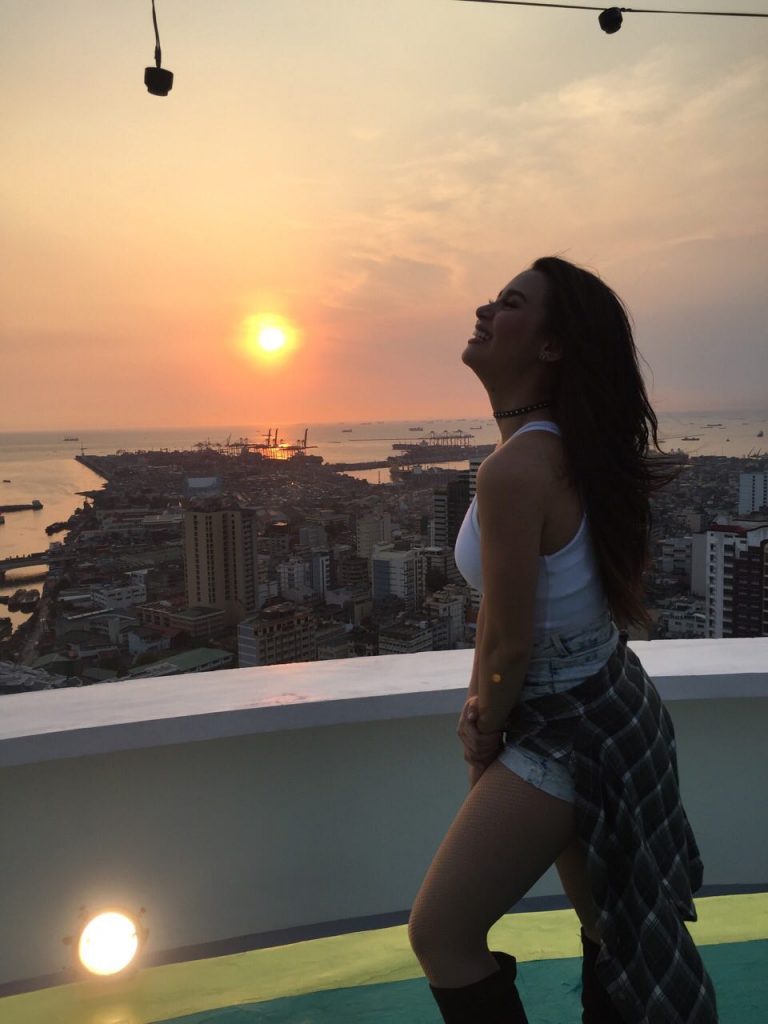 Shot at the heart of Binondo, El Hogar Area and City Hall in Manila, the epic 16-hour shoot was not a joke considering how Direk Paul did a wonderful job in achieving a few long shots, especially when they decided to choose a perfect time of day, to capture the magical sun. 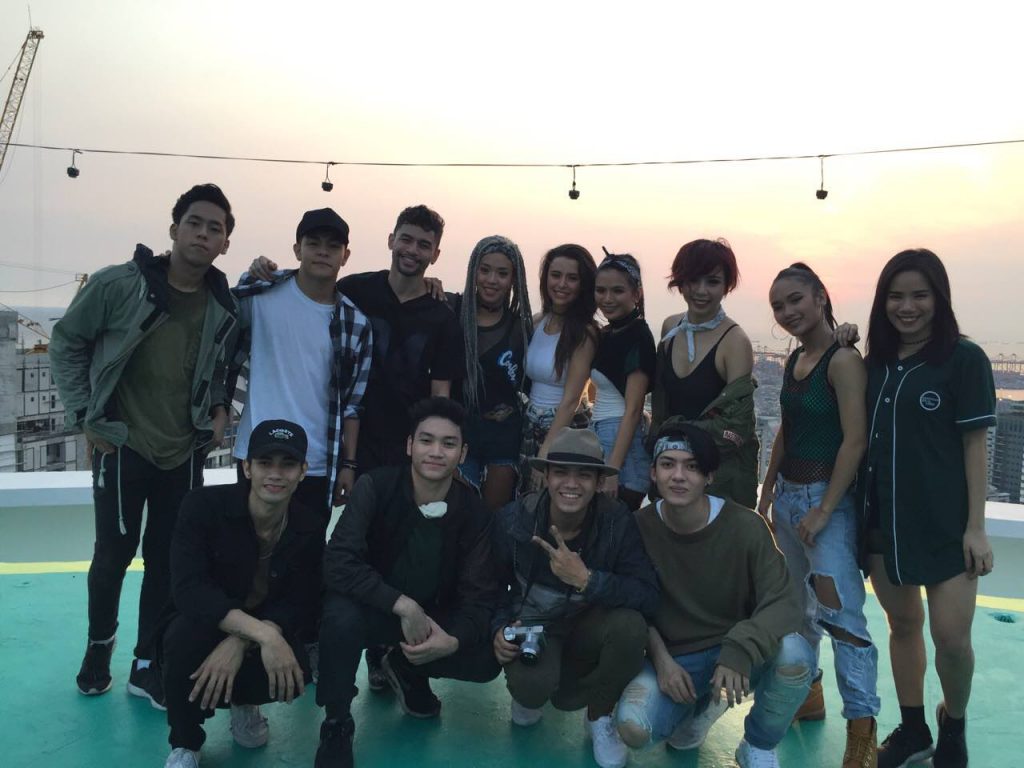 Killing the dance floor, in this case, the parking lot and rooftop, are Julian Trono and Greenwich kabarkada Yassi Pressman 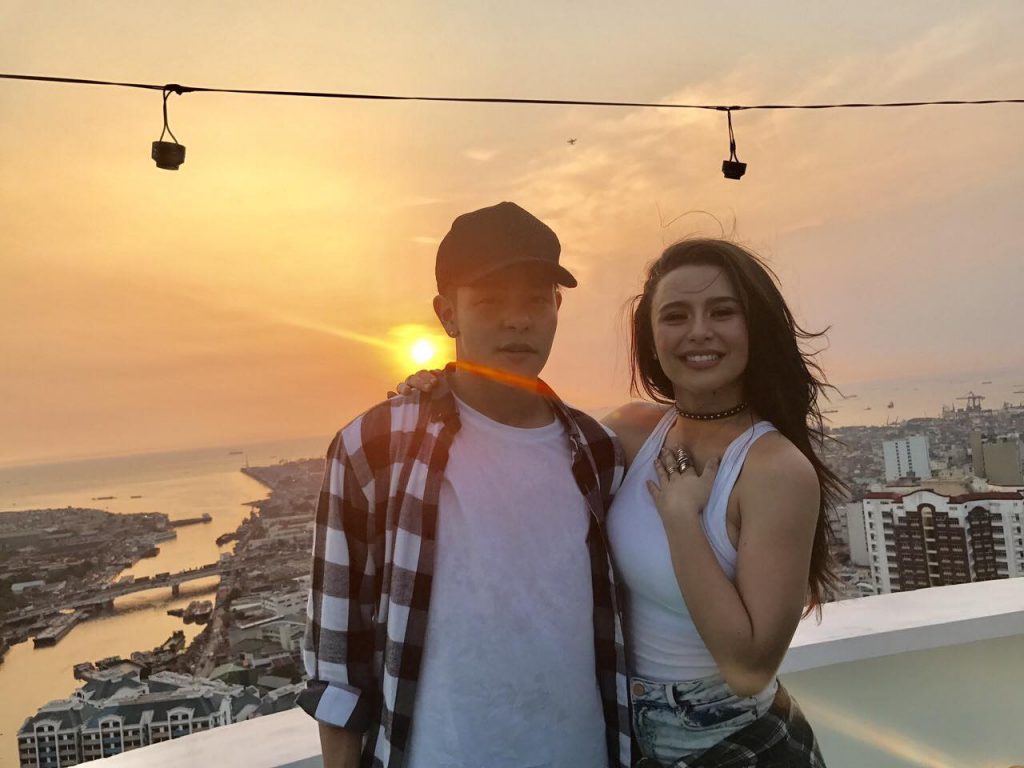 What is EPIC and VIRAL?

Julian: Ako I cannot say I’m really an active social media user but I am aware of what’s happening and in my own opinion, ang gusto ng tao ngayon is yung mga impromptu (and on an average scale) like yung mga nakukunan na lang sa smartphone, for instance yung nag-aaway na magkapatid. Hindi sya entertaining at all, wala syang masyadong product value, yung walang intention of making it viral but I think that’s the key. Good thing what we did here is at the beginning of our video, Yassi said don’t watch it so I think that made it more intriguing.

Direk Paul: For me in general, I think if it’s something that triggers a certain emotion, and it is accepted by the person, that is what makes it viral. For example if nagalit or nalungkot or natuwa ka sa isang clip, I’m sure isha-share mo yon. In our video, it triggered something that is good and fun. So siguro nakuha nila yung subliminal fun and good vibe na nafeel ng mga tao, that made them finish the whole video. And then at the end of the clip, nagutom sila. So I think yun yung connection.

G-Force Ritz: Ako I will agree with Direk na, kung ano lang ung makukuha mong emotions from the audience. I guess if its authentic, it will go viral. And how you communicate with your audience, if matatawa ba sila or malulungkot ba sila.

The execution indeed worked. Not to mention how Julian effortlessly danced in a moving hover board. “Sanay talaga ko maghoverboard pero the challenge was the location. It is not as smooth as it is but we discussed what worked and what is not possible. But it was really fun.”

And as Cookie put it, “I saw how amazing they were. I was not in the shoot but when I saw the materials that Direk edited, I was impressed. I think one of the reasons why this collab worked is that Ritz doesn’t demand a talent to perform on a certain way, like he always trust on the capability on a person. From the start to the very end of the material, it is really collaboration. That is the strength of the team. And that’s really what happened when you collaborate and when you put so much passion and when you’re too dedicated.”

At the end of the shoot, Direk Paul mentioned that the pressure after the shoot is now from the production side. “It was a hard task to begin with kase may mga lipat ng location, and then we have to mount it on a roof top. In addition, we caught the sunrise and then we have to watch and wait for the perfect sunset. In production, mahirap talaga gawin yon kase it needs a lot of timing and plan on when to go, when to end. But sobrang happy kami sa result.” 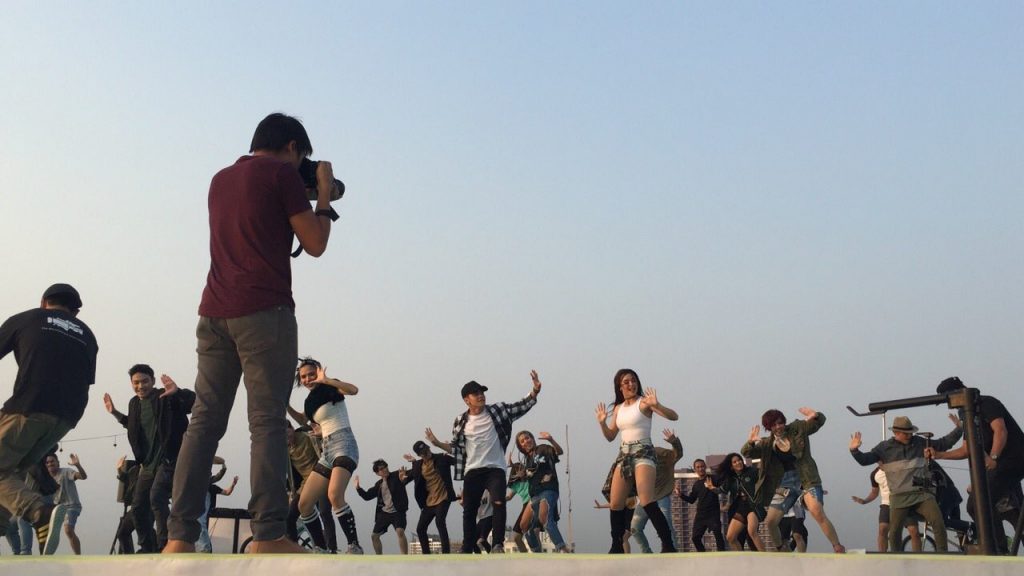 FEEDBACK. So I asked the team about how did the brand conveyed the message to its target audience. The team proudly said that it really went beyond what they thought it would really be for. And based on the real time feedback, it really exceeded the expectation. From my perspective, they achieved two things: They made it relevant for the brand as if it is really them talking using their favorite medium, music and second is to communicate EPIC. Those are the two things for the digital. As what I was telling my friends, the product there is subliminal, and it is not a hard sell campaign yet still effective. Bianca Tiam-Lee, Greenwich Brand Manager also shares that “Actually from the comments section, you can easily say that the brand successfully drove that parallelism of EPICNESS of the dance and the Greenwich Lasagna Supreme.”

Yassi shares,“I  read the comments on Facebook and parang they were crazy about it because of Lasagna Supreme! Parang lahat bumili ng Lasagna Supreme pagkapanood!” Aside from that, it seemed like they liked the collaboration among myself, Julian, and G-Force. How it was made was also something that kept coming up in the comments. Greenwich and Direk Paul Basinillo together with the entire VIVA production team’s EPIC vision really came to life,” she continues.

Asked if there are forthcoming projects after pulling a historical mark in today’s digital game, “Meron pa. The concept of having the materials produced for the market, yes there will be. But it really depends on the campaign and the messages that we want to convey,” says Cookie. “It may not be a dance video anymore but definitely there’s going to be a lot of music, there’s going to be the friendship aspect. 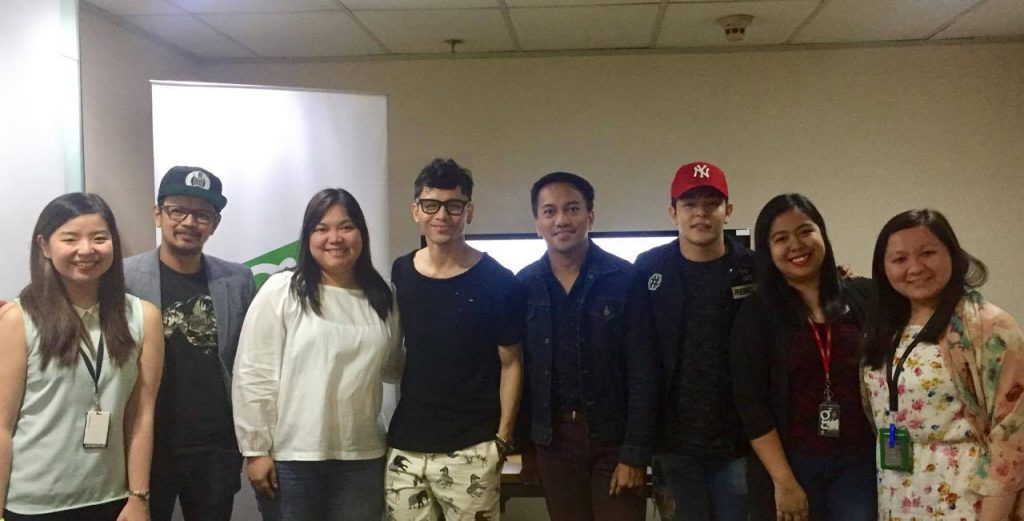 True to its direction, Greenwich was able to create something epic and it’s not just talking about the product. Everything was literally EPIC! For Greenwich Team, Julian, Yassi, G-Force and Direk Paul, all I hear is a united word, Collaboration. I look forward to see more work from this wonderful team! So it is never too late to make adventures more epic this summer with the Greenwich #EpicLasagnaSupreme. Visit your favorite Greenwich pizzeria, or call Greenwich delivery by pressing # then 5-55-55 and get epic-ness delivered straight to your door!