It’s not everyday that you see well-heeled, statuesque ladies of the 2016 Miss Universe donning aprons, hairnets and plastic gloves to buckle down and help in the fight against hunger.

But that’s exactly what they did in a jam-packed Taft Ballroom at the Conrad Manila in Pasay City on Wednesday. 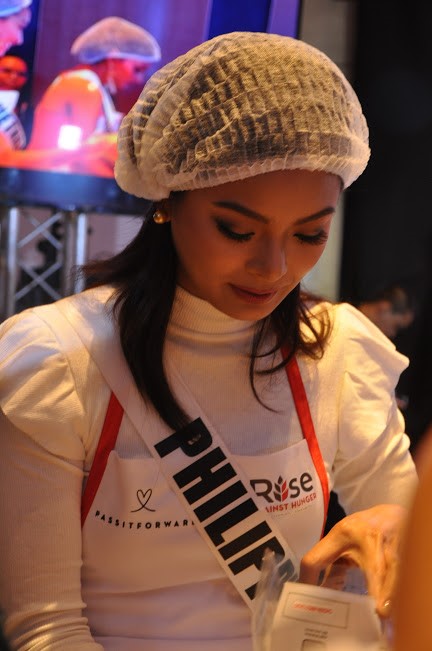 All 58 girls with 150 volunteers and 20 Miss Universe organizers joined in repackaging 100 boxes of food items equivalent to 3,600 meals. These are rice-based meals using iron-fortified rice, texturized vegetable protein, dehydrated vegetables and flavoring mix with added 23 essential vitamins and minerals for pregnant and lactating women in Pampanga and  Zambales as a partnership between the Department of Health and Rise Against Hunger Philippines (formerly Stop Hunger Now Philippines). 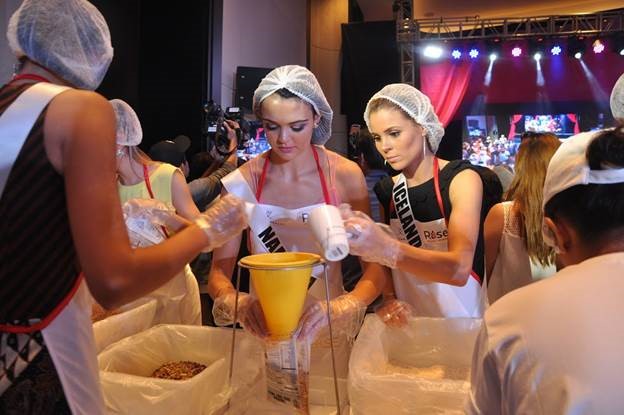 “We have different ingredients there but the most important ingredient is your heart. When you pack the meals, you put a piece of your heart there because the women and children who will eat the food will feel your love,” Jose Mariano “Jomar” Fleras, Executive Director of Rise Against Hunger Philippines told volunteers at the event.

The vegetables used for these packs are grown from the Philippines thus creating jobs said Andrew Sullivan, International Affiliate Director for Rise Against Hunger.

“I know how this feels. I have been hungry before and I am totally pleased that we are doing this,” Miss Sierra Leone HawaKamara said who hails from the West African nation that is no stranger to food shortage.

“I am truly grateful to be here and I believe we need more of these things around the world,” Miss Jamaica Isabel Dally, said. 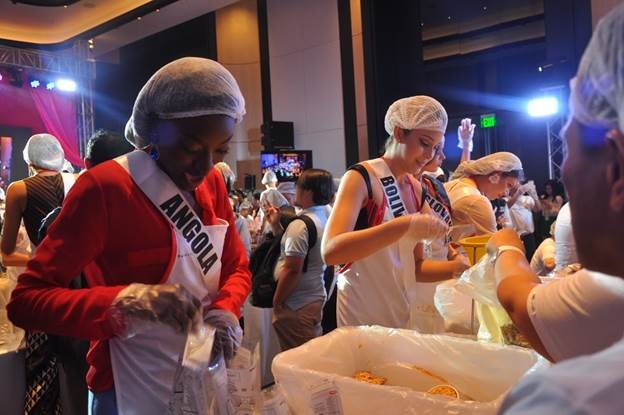