“NBA sa ABS-CBN” is not leaving any stone unturned for Pinoy hoop fans as they air the most-awaited NBA Finals rematch between the defending NBA champs Golden State Warriors and the Cleveland Cavaliers starting Friday (June 3) on ABS-CBN at 9am, live from the Oracle Arena in San Francisco, USA. 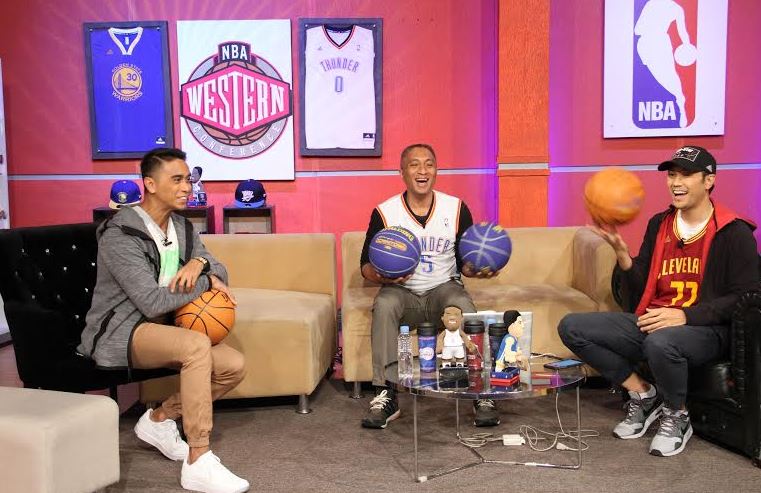 The whole country is eagerly awaiting the moment of attrition between the first-ever unanimous MVP in league history in Stephen Curry against arguably the best player on the planet in LeBron James.

Curry and the Warriors rose to the occasion as they were pushed to the brink of elimination by a talented Oklahoma City Thunder team led by Kevin Durant and Russell Westbrook, becoming the 10th team in league history to overcome 3-1 deficit. James and the Cavaliers, for their part, have breezed through competition, with the Raptors being the only one to put two blemishes on their Playoffs record thus far. However, Kevin Love, Kyrie Irving, and JR Smith seemed to be hell-bent from downtown to help James as they ratcheted their shooting percentages up.

A depleted Cavs team managed to push the Warriors to six games last year, how will a complete cast be different for them? Will the Warriors play with the same fun and passion that they regained in their classic brawl with the Thunder? Who will hoist the Larry O’Brien trophy and sit atop the NBA mountain when all is said and done?

It’s going to be an international bonding experience for the “NBA sa ABS-CBN” crew this year with Boom Gonzalez at the helm of the coverage from the ABS-CBN studios in Quezon City while TJ Manotoc covers the game inside the Oracle Arena. Coach Ronnie Magsanoc and Coach Benjie Paras will also give their inputs on the game via Skype from Japan and USA, respectively. Adding more spice in the coverage of the whole series are celebrity basketball fans who will be in the set to watch the game with rest of the Filipinos all over the world. For Game 1, rocker Yael Yuzon will be there to show his love for his favorite team.

Don’t miss the NBA Finals Game 1 airing of “NBA sa ABS-CBN” live on ABS-CBN this Friday (June 3) at 9am. For details and more information, follow ABS-CBN Sports on Facebook and Twitter (@abscbnsports) or logon to their website, sports.abs-cbn.com.