Be ready for over the top performances from the country’s one and only concert party on television with Party Pilipinas O.A.!

This Sunday, Premiere Singer-Songwriter Mr. Ogie Alcasid will celebrate his birthday and his 45 years in the business in Party Pilipinas. Also celebrating her birthday is the Fierce Songstress Rachelle Ann Go, who will embark on a unique vocal challenge. Stay tuned to witness a surely outrageous vocal showdown between resident divas and proud gay biriteras on this week’s edition of “VOX Challenge”.

The show as always, will champion OPM, this time with a performance by music legend, Maestro Ryan Cayabyab.  Fellow legends, The APO Hiking Society will give a sneak peek at upcoming movie inspired by their music, “I doo bi doo bi Doo”.

The Sayaw Pilipinas crew and the Sexy Hunks will rock the stage with newest Kapuso star Rafael Rosell.

Prepare for an extra dose of sweetness courtesy of “Dear Mr. and Mrs. A” with a new inspiring love story; “Juliemo” with power tandem Julie Anne San Jose and Elmo Magalona; and the Keso Boys with a new cheesecake girl.

The show will also take us through the journey of future stars from “Protégé: the Battle for the Big Artista Break”.  An exciting new soap is also on its way to GMA’s top rating Afternoon Prime block, “Sana Ay Ikaw Na Nga” featuring Mikael Daez and Andrea Torres. 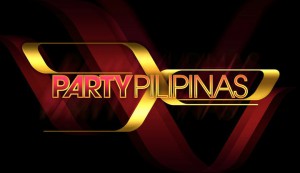