Just got home from a coliseum visit today as the quest for the winners of over P20M worth of total prizes began this afternoon, June 19, TV5’s Artista Academy held its one-time grand auditions at the Smart Araneta Coliseum.

Around 10,500 aspirants as of 2PM went to Smart Araneta Coliseum.

Together with other media and blogger friends, we witnessed how big the dreams of these young individual to win all for the love of fame, fortune and 20 MILLION PESOS Grand Prize!

Here are some of the auditionees:

Showbiz aspirants aged 16 to 22 took the first step to the glamorous artista life by bringing a copy of their birth certificates, valid IDs and best glam photos to audition for the biggest and most intensive artista search ever mounted on Philippine television.

I was able to talk to Direk Mac Alejandre and Sir Perci Intalan who were also very hands on with the selection amongst aspirants.

The selection panel including Mrs Wilma Galvante herself patiently selecting best among batches at the stage.

Aimed at giving everyone a taste of what it’s like to be an artista, the event featured various booths including Makeover Booth, a Red Carpet Photo Booth wherein pictures will instantly appear as magazine cover photos and uploaded to Artista Academy’s Twitter and Facebook pages, a VTR/Acting Booth with on-site editing where participants act out scenes from teleseryes and commercials, plus lots of freebies and an electronic raffle with special prizes at stake.

And luckily we spotted the brother of one of the most sought actor, GERALD ANDERSON, Kenneth Anderson also auditioned this afternoon.

The Artista Academy will also grant contestants full scholarships to the Asian Academy of Television Arts (AATA) where they will undergo the most intensive training with the best professionals in the industry.

I will keep you posted with the development of ARTISTA ACADEMY, Their journey and the upcoming launch very soon on TV5! 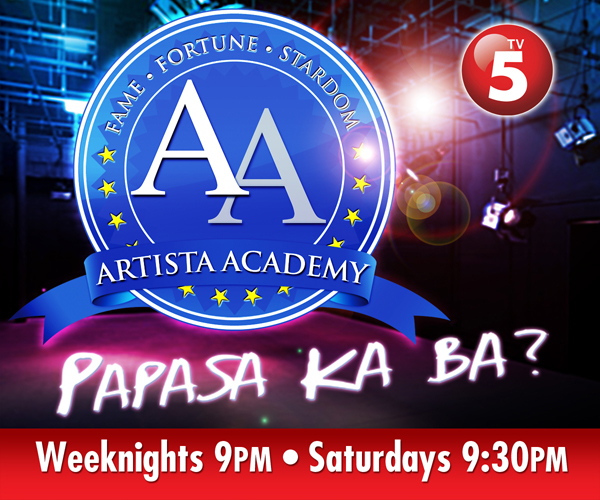