by rodmagaru 9 years ago3 years ago

It was a very overwhelming weekend last February 17-19, 2012 as the 19th Singles for Christ (SFC) International Conference (ICON) kicked off at Tagbilaran City, Bohol. More than the beauty of the City and the Stadium, a resounding 6 to 7 thousand and above delegates from different places all over the world graced the event and the word of God a warm Welcome. 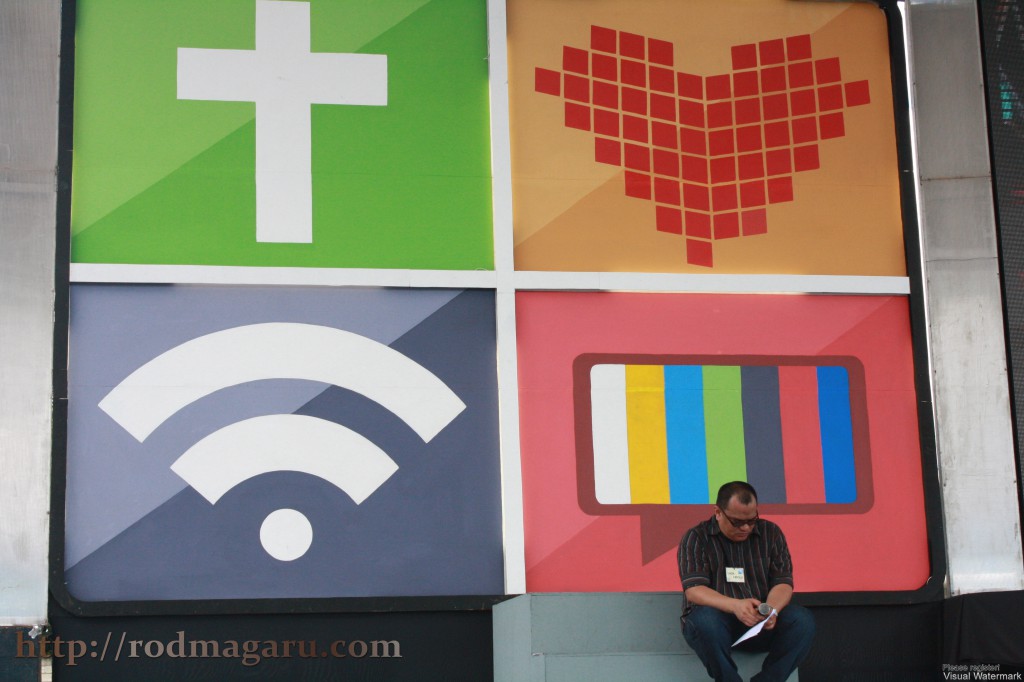 Dubbed as GREAT GOD, the 3-day event was filled with different workshops, sessions, worships and activities that captivated my thoughts. It was a weekend full of love and hope. The feeling of excitement to see different SFC Members fro different places has never been that fulfilling. The entire SFC Makati chapter (CC1B) was all up to the challenge to listen, share and dedicate the weekend for learning and humbling experience.

The ICON kicked off with the celebration of the Holy Eucharist (February 17) in the afternoon. Live streams were also shared www.sfcicon2012.co.cc. Fresh from a client meeting from CEBU, I arrived safely at Bohol and met some international delegates at the port. During the mass, a wonderful excerpt from the Gospel was mentioned, I was in awe, “For whoever wishes to save his life will lose it, but whoever loses his life for My sake and the gospel’s will save it.” After the mass there’s also a live report inspired courtesy of international delegates from Indonesia (Kris Nartales).

We’re having dinner that Friday night when Provincial Head Neil Balite and SFC International Coordinator Shok Ariola formally opened the 19th CFC-SFC International Conference. The spirit and momentum we’re all high and everyone seems so happy as God gave us good weather that night. The ICON was hosted by Julz Roberto of CFC-SFCUSA, Ice dela Cruz of SFC Metro Manila and Singapore and James Arela of CFC-SFC Cebu. I also saw Bohol Governor Edgar Chatto happily welcomed us with his presence. Hosts announced that the biggest delegation came from International delegates! With an emerging around 350 SFCs!! Great GOD!

That night as well, Evangelization and Mission Coordinator Brother Kirby Llaban, discussed about SFC On Fire Missions, which aims to send 200 mission teams all over the world. I remember brother Kirby during my CLP sharing his mission back in 2008. Some of the finest group also performed before us that night, headed by the Loboc Youth ambassador, they gave us good production number to welcome the highly spirited crowd. Brother Jay Laquian, SFC Full-Time Pastoral Worker, led the opening worship that night. Kuya Noli Manuel shared a very good talk for session 1.

And who would forget the Hanson, Macarena and Ice ice baby number by coordinators? That was one great memories of SFC ICON! One thing I noted from the night session was “I am blessed to bless others.” Brother Mike Serapio gave us a powerful praisefest to culminate the first day of ICON.

Day 2 of the ICON was a whole day workshops were we all went to our respective Workshop venues. After that, a mass was celebrated again in the afternoon. After the mass, Fr. Socrates Mesiona, National Director of the Pontifical Mission Societies, promoted the Grand Mission Festival that will happen on April 18-20 at the Marikina Sports Center.

Session II then started headed by Father Rap Raf Del Rosario from the Diocese of Paranaque wherein he discussed a topic entitled “There’s something about Mary.”

What I remember Father Raprap said is that “Mary was set apart and saved from the stain of sin.” He also did a rap number where everyone applauded him. His wit and humor helped us understand the message on glorifying Mama Mary. He also mentioned that the catholic church is a home for everyone. Father Raprap also brought some sharer that night.

Ate Rea Santos also asked us to write our personal prayers while a reflection songs are being played. We then dropped our prayer requests at the specified basket.

Despite the early sunday call time, what I love about the weather and the mass was the Homily. “Sin makes us selfish and paralyzes us for God is not within us.” Father also cited 3 ways of keeping our faith in God:

1. Read and Love the Holy Bible.

2. Maintain our personal Prayers. Have a personal touch in our prayers.

3. Recieved the Holy communion and attend the holy mass.

After the mass, Kuya Bob Lasala led the opening worship. and afterwards, Kuya Shok Ariola delivers the fourth session  dubbed as “Proclaim the Greatness of our Lord.” On the Session a video of Bernadette Sembrano was aired on how to proclaim God’s greatness by doing our work well. he also called sister Minnie Juan from CFC-SFC Pangasinan by proclaiming God with the way she serves. She is Blind.

Also Congressman Scott Lanete of Masbate shares about God’s greatness through leadership and the struggle he had to overcome despite being a leader.

Ms. Philippines-Earth Athena Imperial also shared God’s greatness through work, protecting the environment and caring for the love of her love.

After that, Kuya Rob Escano takes the stage to lead the SFC Metro Manila Chant followed by Adrian Enaje, SFC Full time Pastoral Worker led the praisefest to culminate the 19th CFC SFC International Conference. It was a very interesting ICON. We headed to our hotel to pack smiling.

Everyone enjoyed that fresh buko juice, Pork barbeque and the chicken inihaw that is mouth watering. Some of the first timers  for ICON shared their understanding and how overpowering their experiences were.

During the Chapter lunch they also announced that the 20th ICON will be held in METRO MANILA.

The conference reminds me of not only collective responses and great learnings from the ICON.

It is also a reflection, a revalidation, and recognizing that during our lifetime, our quest to having a better life while being single, a group –support group and inspiring community that is willing, never fails and will continue to strike a chord for us, will continue to remind that during the single life, GOD is enough.

We indeed, really have a GREAT GOD!