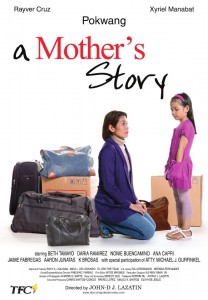 Last night, January 8 a very star studded Celebrity screening was held at Trinoma cinema for the anticipated TFC and Star Cinema film, A Mother Story. Topbilled by Pokwang, A Mother Story is an offering movie for all the Overseas Filipino Workers (OFWs) and mothers brought to us by The Filipino Channel (TFC). The movie was already released internationally. Yes, meaning Philippines are the last one to catch this since this was originally intended for release abroad. Back to the Celebrity Screening, is a combination of glamour and glitz, most of the artists came to witness the screening are from different TV networks.

Produced by: TFC and Star Cinema

Medy (Pokwang), a make-up artist, was given the chance of a lifetime to accompany a concert star to the United States for a performance. She promised her family that she will return after a week. However, while in America, she stumbled upon a formerclassmate Helen (Beth Tamayo) who convinced her to stay for good in the land of milk and honey. She initially refused, but eventually gave in, when she got a call one night from her husband that they need a big amount of money to bring her youngest daughter to the hospital. America has not been the friendliest to her and our story begins with her coming home to Manila literally with nothing.

Medy’s two kids, King (Rayver Cruz) and Queenie (Xyriel Manabat) are now 19 and 7. King struggles with the return of his mother.

Animosity, resentment, shame, and anger are issues he has built with Medy. For the young Queenie, it’s getting to know the mother, who she thought would one day come out of a Balikbayan Box. And as for her husband, Medy discovers something she least expected. 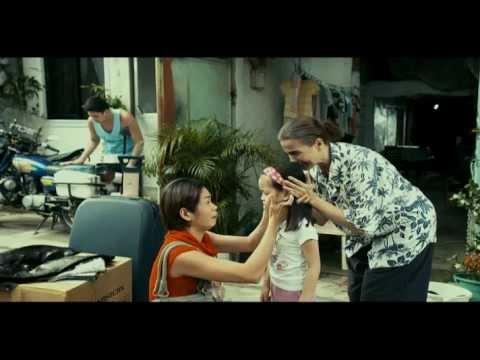 One of my favorite stories always produced by Star Cinema is one with FAMILY VALUES.  Almost all films, if one may notice, particularly Filipino films, have that element that showcases how a parent gives special affection to their children. Well, a perfect example of this would be the movie “A MOTHER’s STORY.

I have seen the same format of A Mothers Story, also released and produced by star cinema: One is “Anak” directed by Rory B. Quintos topbilled by Vilma Santos and Claudine Barretto last 2000. But this one is real close to reality. A mother Story runs around 2 hours I think. Mostly shot in the US and in here, I love how the movie gave a better perspective of choices among Illegal migrations, current lives of a filipino, and situations of our OFWs abroad.

The movie made use of slight story-telling on the airplane. The screenplay brought us to more exciting stories that happened to Medy within that 7 years frame. As the movie progresses, it was very noticeable that it employs many flashback scenes where we learn the reason behind why Medy went to US and we also learned the detailed life of Medy there.  Of course I love how the story confronts the conflict at the end. Giving more credit to pokwang who looked like Judyann santos with her never ending flowing of tears. How each of them challenges themselves to understanding what went wrong in their families. Rayver Cruz and Noni Buencamino played an effective role of Father and Son. You will feel the sincerity of their roles especially the time when they’re trying to avoid the conflict and truth.

Musical Scoring wise, I was moved by its concept.

Pokwang, as expected, effectively portrayed a role of a mother trying to reach out to her children after she came back from States. But what is more surprising is her signature way of punchlines. The comic of the films are just perfect!

After watching the film, my love to my mother (which is celebrating her birthday today January 9) revalidated. The movie is a reminder of our family ties, of our love to parents, of fulfillment of a promise to our love ones.

I don’t wanna be too rationale explaning how the movie touched me, Its really worth watching so you’ll have your own interpretation and appreciation of the film. I don’t see any loopholes on the movie I think it was perfectly narrated.

There’s one, scene in the movie (Im sorry I have to spoil it) that made me cry big time. It’s when Medy prepared a lot of food yet no one remember it was her birthday. How could anyone from the family forgot special occasion? Very Rare. That’s the saddest thing we can do for our mother.

Congratulations my dearest Pokwang for a wonderful performance. I remember during the presscon she mentioned she never had a hard time playing the role since it was also a reflection of her real life story.

Watch the official trailer of “A Mother’s Story” here:

The movie is GRADED A by Cinema Evaluation Board. Showing NATIONWIDE!