Another Filipino story has touched hearts and grabbed the world’s attention as ABS-CBN DocuCentral’s “Fedelina: A Stolen Life” documentary was named as a finalist in the prestigious 2021 New York (NY) Festivals TV & Film Awards.

It revolves around Fedelina Lugasan, a victim of human trafficking, who finally achieved freedom after more than six decades of abuse and slavery that started in the Philippines and continued in America. 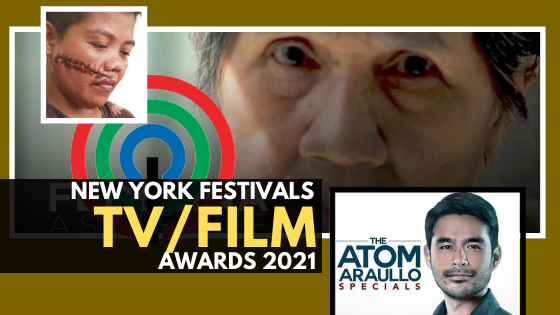 “Fedelina: A Stolen Life” was shot in the Philippines and in the USA and is one of the last documentaries produced by ABS-CBN DocuCentral after ABS-CBN’s broadcast operations ceased in 2020. Viewers can still watch it via streaming on iWantTFC.

Also, four (4) entries from GMA network made it to the finalist including the award-winning Kapuso Mo, Jessica Soho where she tackles the Woman with slash on her face. Other nominees include Reporter’s Notebook, Reel Time and The Atom Araullo Specials.