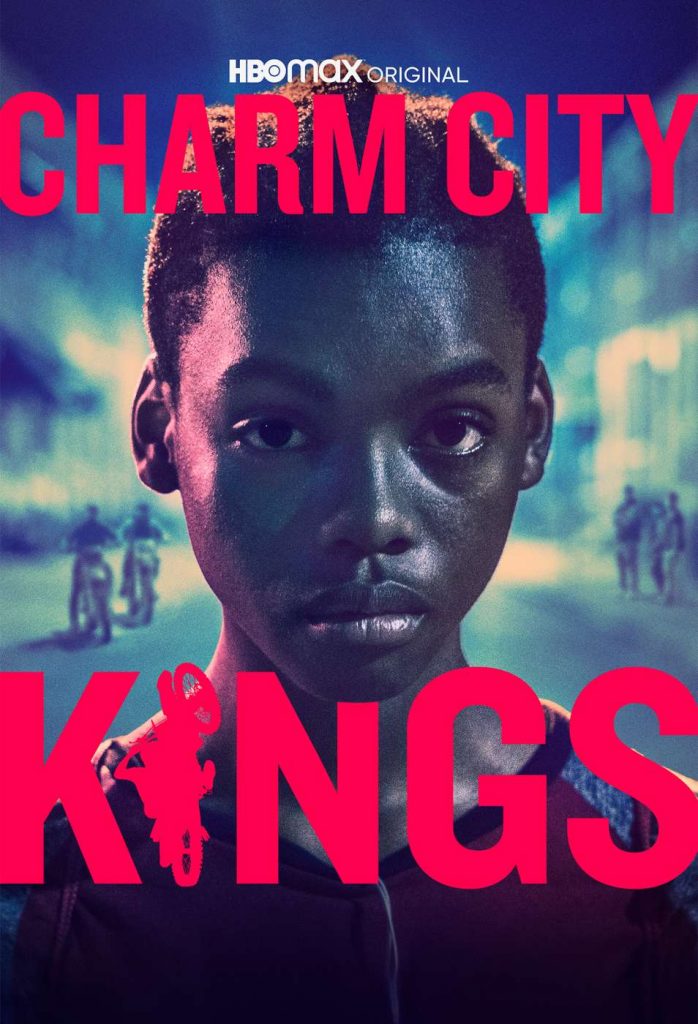 Sony Pictures Classics was set to release the film in theaters for Sony Pictures Entertainment on April 10, 2020.

Stream or download Charm City Kings on HBO GO.  Download the app from the App Store or Play Store on your device and enjoy a free trial. You can also access HBO GO via Cignal or at https://www.hbogoasia.com/. HBO GO is also available via Android TV, Apple TV, LG TV and Samsung Smart TV – and comes with AirPlay and Google Cast functionality.

In West Baltimore, every Sunday in the summer is dedicated to The Ride, an electrifying ritual in which the city’s dirt bikers take to the streets to show off their finest bikes and wildest stunts. But as far as 14-year-old Mouse and his best friends Lamont and Sweartagawd are concerned, the only crew worth utmost respect is The Midnight Clique, an infamous group of riders who embody all the power and glory that dirt biking represents. In the wake of his older brother and Midnight’s top rider Stro’s tragic death, Mouse is determined to leave boyhood behind and join MNC –so when its leader, the legendary Blax, takes him under his wing, Mouse quickly abandons his work at the local animal hospital and dedicates his days to fixing up bikes alongside his idol. In the background, however, his devoted mom Teri and mentor Detective Rivers grow increasingly concerned that Mouse is headed down the same seductive, violent path as Stro, whose allegiance to Midnight ultimately cost him his life. As Blax attemptsto be a positive influence on the bright and charismatic teen, Mouse’s conviction to be a man and help provide for his struggling family finds him at an impossible crossroads between the straight-and-narrow and a lifestyle that doesn’t afford second chances.