Leading leather brand McJim Classic Leather took its international campaign to the next level with a memorable photo shoot last May 6 in the historic and cultural city of Montreal in Canada, brandishing its world-class products against a spectacular metropolitan backdrop and further solidifying its status as a global brand.

A team from Modeles LCP, a boutique modeling agency that exclusively represents male models in North America, brought its expertise and creativity to the cobblestone streets of Vieux-Montréal (Old Montreal), reintroducing McJim to the world as a brand that is at par with its international peers.

“Part of the allure of Old Montreal is its classic and timeless vibe—the same attribute that defines McJim’s classic leather products. A city that has preserved its old-world heritage and a brand that has withstood the test of time—it’s a perfect tandem for McJim’s new ad campaign as it sets a new global stage for the brand that is renowned for premium quality and design,” McJim said in a statement.

Modeles LCP’s creative director Sands Palabrica, on the other hand, defined the men who would wear McJim as refined but with a fearless attitude. “They are thrill-seekers who live for the moment and embrace a zest for life notwithstanding demanding careers,” she said.

The ad campaign was the culmination of a series of rigorous yet exciting studies and consultations on how McJim accessories would stand out in a classic location like Old Montreal, one of the oldest areas in the city and the entire North America, with some buildings dating back to the 17th century.

The shoot was done in two locations: the Old Courthouse, an Ionic style building that perfectly captures Victorian architecture, and the prestigious Centaur Theatre Building (the pillars), formerly the Old Stock Exchange Building of Canada, which is famous for its elegance and sobriety in style.

“From Toronto to Montreal, the creative director, photographer, and stylist held several production meetings to come up with concepts, looks, and directions that will showcase the accessories and the career-oriented men of McJim Classic Leather,” Palabrica related.

The man behind the lens is Nick Merzetti, the official photographer of the Toronto Men’s Fashion Week for various seasons—the same lensman behind a slew of global campaigns for designer and fashion brands.

Stylist extraordinaire Benoit Brûlé, meanwhile, took the helm in creating the look that made McJim stand out on international models Pierre Moreau and Philippe Desjardin, who imbued the project with grace and professionalism. Pierre has walked the runways of New York Men’s Fashion Week, Toronto Men’s Fashion Week, and Manila fashion festivals, among others, while Philippe, who is currently in Asia for extended projects, has graced the fashion editorials of many local and international designers.

Other notable professionals behind the success of the shoot were makeup designer Adam Bechir Snoussi, hairstylist-groomer Cathy Lee, and videographer Alexandre Paskanoi.

McJim’s fruitful shoot in Montreal, Canada marks another milestone for a brand that is world-class that can be seen as at par with international fashion brands. With a classic and timeless look and a premium value for function and durability, McJim puts the global Filipino in his best form and style wherever part of the world he is, through its quality leather products.

Style meets function with McJim’s classic leather wallet that matches the outfit of any modern gentlemen, whether in formal or casual wear. 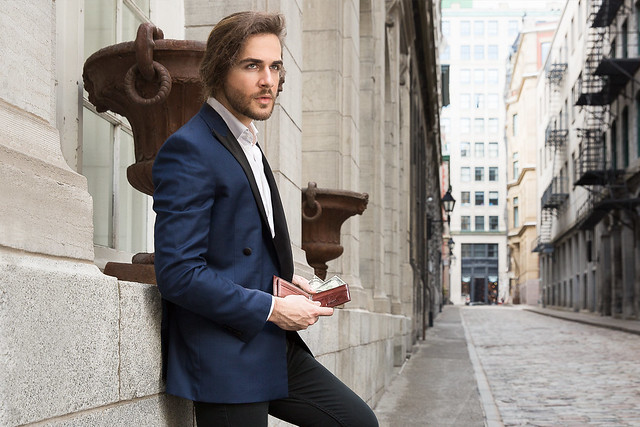 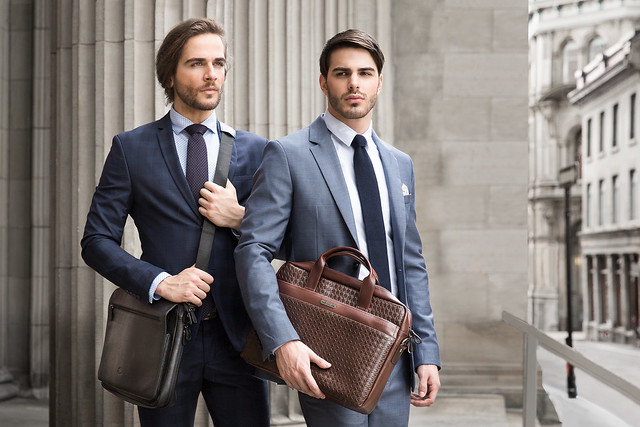 McJim Classic Leather’s authentic leather bags never go out of style, whether in official businesses or in casual gatherings. 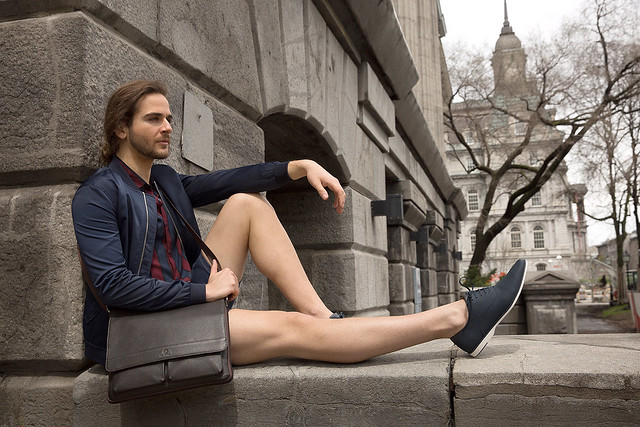