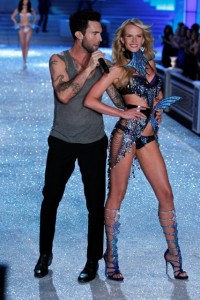 For those who missed the Royal Wedding of the century, TV and radio personality Ryan Seacrest recaps the entire celebration—from the arrivals to the famous guests to the scoop on what’s  ahead for the Royal couple—in “Will and Kate: Road To The Altar,” a one-hour post-event special which will be aired once again on December 31, 5:30p.m.

Velvet also looks on its celebration of Primetime TV excellence, as it will air the “63rd Primetime Emmy Awards” also on December 31, 6:30p.m. Jane Lynch, the woman behind the love-to-be-hated tracksuit-wearing gym teacher Sue Sylvester, hosts the awards night. Also catch some of Velvet’s offerings to be awarded in this event. 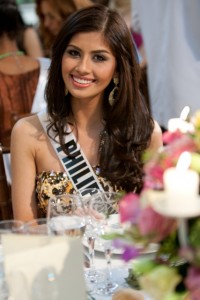 Being truly beautiful entails intelligence. This is what Filipina Shamcey Supsup has proven when she was hailed 3rd Runner-up in the 2011 Miss Universe Pageant in Sao Paolo, Brazil. Supsup’s statement in the competition’s Question and Answer portion—that she wouldn’t change her religious beliefs for the sake of romantic love—blew everyone away. Catch this moment again in the much awaited re-airing of the “2011 Miss Universe Pagaent” on December 31, 9p.m.

The landing of the Victoria’s Secret Angels was also a big hit this year. Now, they will sizzle the TV screens again, as Velvet re-airs the “2011 Victoria’s Secret Fashion Show” on December 31, 11p.m. This year’s show is a creative interpretation of pure fantasy, divided into five glamorous themes—ballet, superheroes, passion, underwater and turn-of-the-century New Orleans.  In each segment, the models emerge with beautiful wings and elaborate costumes to accent the latest collections from Victoria’s Secret. The show will also feature a fun youthful segment highlighting its Club Pink collection, made up of underwear, loungewear and pajamas.

Velvet is also spicing things up with the hippest red carpet Hollywood event of the year.  The Teen Choice Awards 2011, which will re-air this January 1 (Sunday), 12a.m. will celebrate the hottest teen icons in film, television, music, sports and fashion. Kaley Cuoco, best known for her starring role in the comedy series “The Big Bang Theory,” rides the surf in to take on hosting duties for this year’s ceremonies. This is the only awards show where the winners—in categories in movies, music and television—are decided based purely on teen votes. What do Cindy Crawford, Stephanie Seymour, Gisele Bundchen, Julia Saner and Constance Jablonski have in common? They were all discovered through the Elite Model Look contest! Created in 1983, Elite Model Look is now the most prestigious international modelling contest. A genuine career accelerator, the competition has propelled many aspiring and up-and-coming talents to become international top models. Witness again how models are groomed to be the world’s best in the “2011 Elite Model Look: 28th World Finals” also on January 1, 2a.m.

Velvet, the home of the biggest red carpet events, is available on SkyCable Platinum, SkyCable Gold, SkyCable Silver and other quality cable operators nationwide. For updates, log-on to http://www.facebook.com/VelvetChannel