PUREGOLD Channel officially breaks new ground with its newest online series GVBoys as it is now a certified smash hit as it officially breaches the 3M mark in consolidated viewership on Facebook and YouTube where it is streaming brand episodes for free every Saturday evenings since it piloted last July 10. 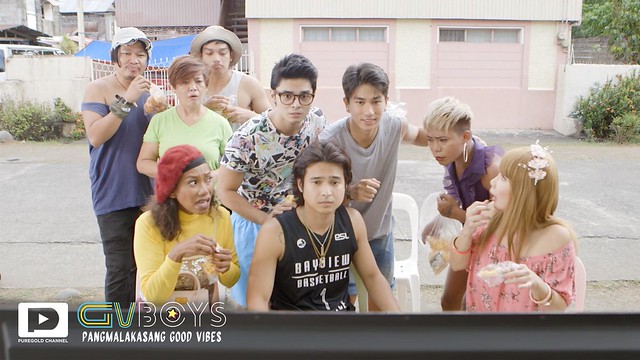 GVBoys revolves around the adventures and misadventures of Jawo (Ponce), Zeus (Bornea), and Dax (Natividad) in the hopes of raising money to redeem their boarding house owned by Aling Pearly (Martin) from a debt incurred from her old frenemie Loisa (Doesn’t).

Since its successful pilot, the GVBoys has been going through the zaniest and wackiest exploits in raising the money to save their boarding house from being repossessed – Jawo tries his luck in acting while dealing with his narcolepsy; Zeus seasons the series with the ambiguity of his true gender; Dax falls in and out of love; Kathyn B (Elsa Droga) provides the group with additional comedic flavor; and Aling Pearly and Loisa continue to bicker like cats and dogs. 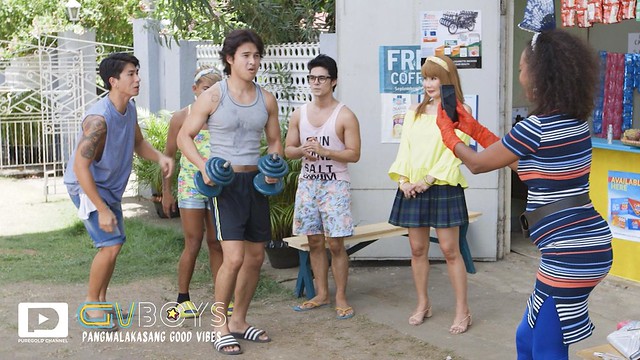 The on-going run of GVBoys upped the subscribers of Puregold Channel on YouTube while the hilarious scenes of the series are now favorite trending materials amongst TikTokers with netizens clamoring in unison for a second season mid-way through the hit comedy series.

“We feel so honored that netizens are really having a blast laughing with the GVBoys,” says Dave Bornea. “The series has not yet reached its conclusion and yet we have been receiving a lot of positive comments and requests for a second season. Right now, we do not know if Puregold Channel will greenlight a second season but I am really hoping that Puregold management does because this is really one of the most fun series that I ever did.”

On the series’ 6th episode streaming this August 14,  Jawo’s weeksary date with Loisa turns sour; Dax leads the GVBoys in putting up sexy car wash business; Zeus reminds the group a valuable lesson on honesty; Aling Pearly and Kathryn B ventures into a sideline; and Loisa gets a chilling phone.

“We have three more episodes left and it only becomes crazier,” says Wilma Doesnt. “We are all stressed enough as it is and we should all reward ourselves with a major dose of good vibes.”