ABS-CBN asserted that it pays its proper taxes and is compliant with taxation laws as it faced lawmakers again yesterday (June 30) at the House of Representatives.

“ABS-CBN has paid its proper taxes every year contrary to the allegations, there has not been a single year where ABS-CBN has paid zero taxes,” ABS-CBN Group chief financial officer (CFO) Ricardo Tan said in the ninth legislative hearing for the network’s franchise, where discussion has shifted to accusations revolving the network’s payment of taxes to the government. 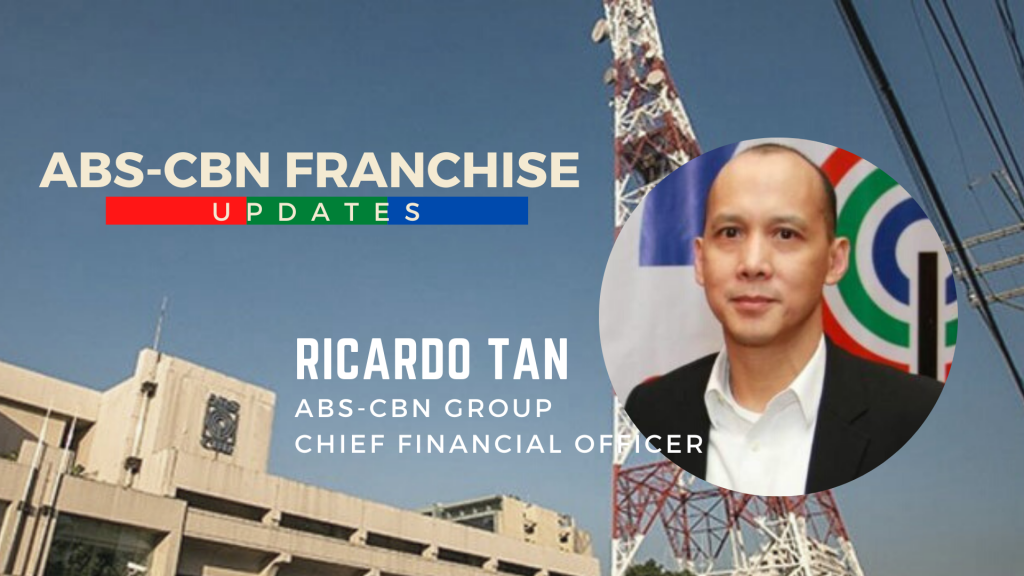 He also maintained that ABS-CBN did not violate the terms and conditions of its legislative franchise by availing of tax incentives offered by the government through its subsidiary Big Dipper Digital Content and Design Inc.

“Availing of tax incentives offered by the government to companies on condition that they are able to fulfill certain requirements is not against the law,” ABS-CBN’s Group CFO said.

Philippine Economic Zone Authority (PEZA) director general Charito Plaza also confirmed that Big Dipper, which is in the business of repurposing ABS-CBN content for export, is registered with PEZA under the category “IT Enterprise,” and is qualified for tax incentives. Plaza said Big Dipper has been faithful to its tax obligations.

“Big Dipper, which is 99% owned by ABS-CBN, is compliant with PEZA’s requirements as to the payment of their taxes represented by the 5% GIE (gross income earned) 3% goes to the BIR, and the record of BIR will attest to this, and 2% goes to the local treasurer of the eco-zone host LGU,” she said.

Tan also said that ABS-CBN did not enjoy any special privilege, or violated any law, when the company entered into compromise agreements with the Bureau of Internal Revenue (BIR).

“A compromise agreement is a legal remedy available to all tax payers and not just to ABS-CBN,” he argued. He added that the agreements they made, which were all approved by both the BIR and the Court of Tax Appeals, have already been paid.

Tan likewise countered claims insisting the network has been using ABS-CBN Lingkod Kapamilya Foundation as a tax shield and that it failed to file donors’ tax return and pay the donor’s tax.

“This allegation is false. The ABS-CBN Lingkod Kapamilya Foundation has always been transparent in its efforts to uplift and improve the lives of Filipinos. It is accredited by the Philippine Council for NGOs certification and its tax exemption has been confirmed by the BIR. The donations it receives are not subject to donors’ tax,” he explained.

Earlier this year, the head of BIR’s Large Tax Payers Audit Division 3 Simplicio Cabantac Jr. already cleared ABS-CBN from tax-related allegations when he told the Senate panel in a hearing last February 24 that the network is “regularly filing and paying their taxes for the past number of years.”

In yesterday’s hearing, BIR assistant commissioner Manuel Mapoy, upon the permission of ABS-CBN president and chief executive officer Carlo Katigbak, divulged that the network paid P15,382,423,364.16 in taxes from 2016 to 2019.

The discussion on issues pertaining to ABS-CBN’s taxes continues in today’s hearing scheduled at 1 pm.