Jack ‘n Jill Calbee is set to heat up our digital screens by launching the #DoTheCalbeats Dance Challenge online!

University of the Philippines Manila  Indayog Dance Varsity impressed the mall-goers in TriNoma Mall with their fresh moves and energetic vibe, and won third place during the Dance To The CalBeats Competition last June 10. 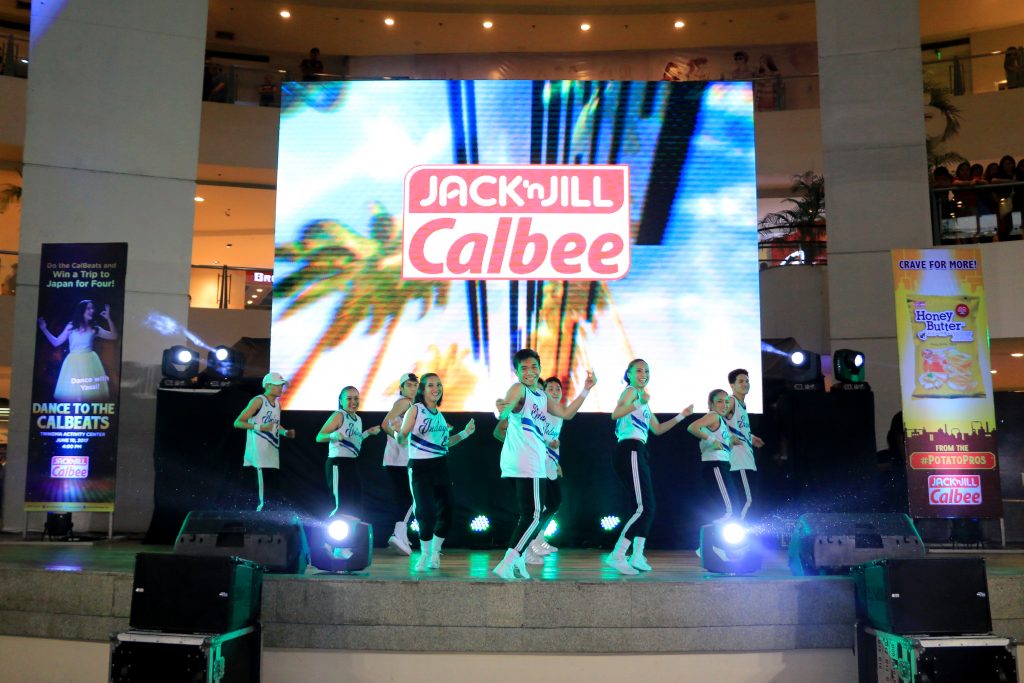 Dancers who have the rhythm to go viral are invited to make their own #DoTheCalbeats Dance Challenge dance covers. Jack ‘n Jill Calbee will be on the lookout for the best dance covers starting June 10, and is giving away big prizes including Jack ‘n Jill Calbee treats, P20,000 in cash, and a trip for four to Japan for its first set of winners.

To join, participants can choose to go solo or dance in a group with a maximum of five members. They must video-record their best dance covers of Jack ‘n Jill Calbee’s “Konnichi-whoa” jingle; post this publicly on Facebook, Twitter or Instagram with the caption “I/We just made our own dance cover of the #DoTheCalbeats Honey Butter! Can you top this? #PotatoPros”; and tag Jack ‘n Jill Calbee on your posts to get spotted by the #PotatoPros.

The first set of winners will be announced by the end of July, so don’t miss out on this chance to showcase those fierce moves. Who knows, you might be the next “konnichi-whoa” dance sensation?

You may even take inspiration from the university dance crews who battled it out during the launch of the #DoTheCalbeats Dance Challenge at TriNoma Activity Center last June 10. Watch their dance videos by subscribing to Jack ‘n Jill Calbee’s YouTube page.