The species war between flesh and metal begins earlier for Filipino fans as United International Pictures (UIP) has announced that Transformers: The Last Knight, will have special midnight screenings in participating cinemas nationwide on Wednesday, June 21 at 12:01 AM.

The public is advised to reserve and buy their tickets now to be among the first in the world to watch Michael Bay’s Transformers: The Last Knight, the fifth installment in the hugely successful franchise.

For the updated list, fans may check with their favorite cinemas. 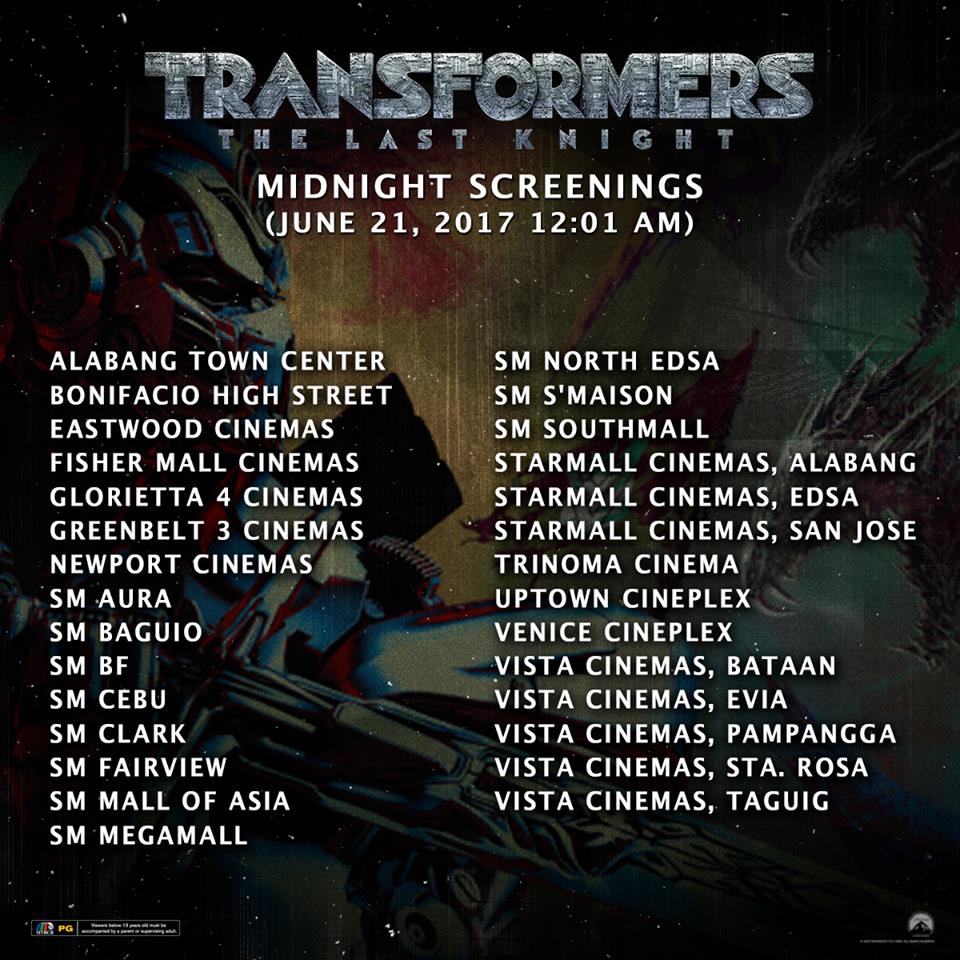 The Last Knight shatters the core myths of the Transformers franchise, and redefines what it means to be a hero. Humans and Transformers are at war, Optimus Prime is gone. The key to saving our future lies buried in the secrets of the past, in the hidden history of Transformers on Earth. Saving our world falls upon the shoulders of an unlikely alliance: Cade Yeager (Mark Wahlberg); Bumblebee; an English Lord (Sir Anthony Hopkins); and an Oxford Professor (Laura Haddock).

There comes a moment in everyone’s life when we are called upon to make a difference. In Transformers: The Last Knight, the hunted will become heroes. Heroes will become villains. Only one world will survive: theirs, or ours.

Transformers: The Last Knight is distributed by United International Pictures through Columbia Pictures.