by rodmagaru 5 years ago2 years ago

To be honest, I don’t know what to expect from this movie. All I know is that I miss Angel Locsin on the big screen and to unwind from a long Thursday work. The Third Party is a romance drama movie from Star Cinema starring Angel Locsin, Sam Milby and Zanjoe Marudo. Directed by Jason Paul Laxamana and received an A Grade from Cinema Evaluation Board. Lets watch the trailer:

With a theme that tackles gender sensitive issues, the movie is very brave to draw conclusion from the status quo. I liked how they gave justice to a happy life of discreet gay people which society don’t understand. Its like entering a complicated dimension with an open heart. I know we have seen a lot of gay-themed movie and series but this one is a real deal.

Angel Locsin gave me a comfortable seat watching from afar by giving her exact kind of attack. Her timing is always on cue and made me realized that there were only two movies she did this year, ALL GRADED A by Cinema Evaluation Board.

Sam Milby showed subtle acting through out the movie and convinced of a secured yet confused lad role. He made sure that his audience won’t disappoint. He never did. I also liked how the director didn’t change his character just to satisfy the conservatives and moralists. 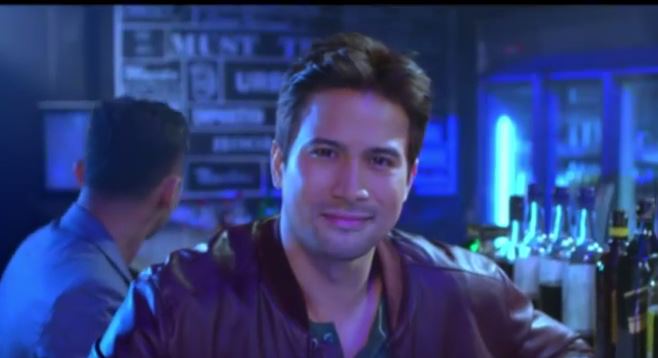 Zanjoe Marudo on the other hand for me, is a surprise. He gave meaning to all the subtlety of the story by challenging the norms and pushing his limits. He is indeed one of the actors I will consider to last in this industry by that sheer talent. I also liked what Laxamana did in not putting too much gay lingo in his character knowing he is supposed to play one. He is winning this battle of stereotypes. Slow clap.

I haven’t seen much of Laxamana’s work but enough to convince me that he tells a story like a pro. I underestimated the movie’s narrative but after seeing the entire film, I would have to pay again for another project he will write and direct. The way he narrated the story thru the lives of the main characters is an assurance that you will understand everyone. Though I find the movie long for its own premise and I hope to see an extra shorter film. Unless he’s doing Dallas Buyers Club or 10 years A Slave.

SUPER LAUGH-TRIP: Odette Khan scene. You got me!

Overall, The Third Party delivers and I recommend everyone to watch it. Characters might be unpopular to the growing public based on sensitivities but there is definitely a story to tell. And that story is the current plight of gay’s life, of a confused woman entering a new chapter of her life, and the likes. Its not a gay movie. it is indeed a LIFE movie. The Third Party is now showing in over 190 theaters nationwide.