Singer – songwriter – theater actor and now being tagged as “may have been introduced via the talent show Pilipinas Got Talent years ago, but it was last year that the public realized how gifted he is as a musician when he released an original song and music video online and on MYX “Steal Your Soul”, easily topped the charts and stayed there for couple of months. 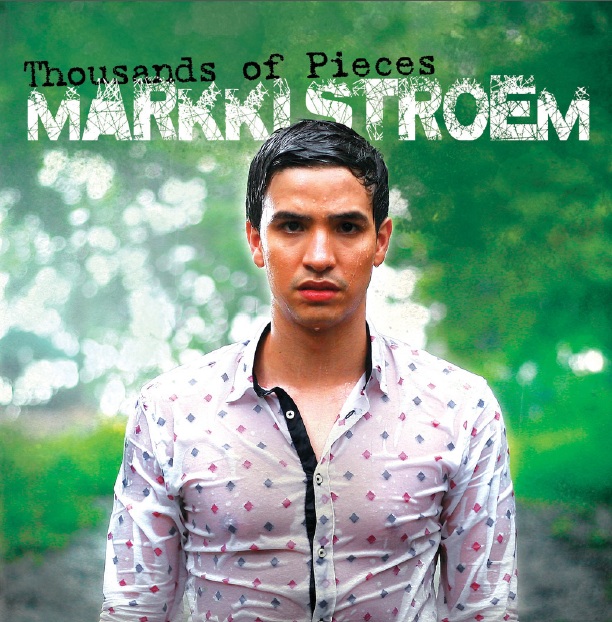 The song highlighted the distinct sound of Markki and unique songwriting style.

Because of the favorable response the song received, he was given the chance to star in a concert “Make Me Sweat” last February in Music Museum with the G-Force and now released his much awaited debut album “THOUSANDS OF PIECES” produced by Cornerstone Music. The CD includes his carrier single –  a jazzed-up cover of Carley Rae Jepsen’s hit song “Call Me Maybe”, which is currently becoming a big radio hit. Markki also gave Britney Spear’s “Toxic”an exciting twist which is definitely a surefire hit once released.

But more than the covers featured in the album, it underscores Markki’s gift of writing music. Original songs written and arranged by Markki himself depict various state of the heart, relationships and life. “Kung Pwede Lang Ibalik”, “Illicit Activities”, “Fall From Grace”, “Iron Curtain” and “Exchanging Glances”.

“I really consider this my ‘baby’ because I have been a part of the whole creative process,” says Markki. “I am very thankful that I was given this chance to work on a very personal album like this.”He also added that he is mighty thankful that he got to work with some of the most artistic people in the business – singer Zia Quizon, production house Generation M and his own band.

Being part of the ASAP 2012 family, the show launched his album last September 23 and another single’s music video “Thousands Of Pieces”(the album’s title track) was premiered on MYX featuring the Goddess of CosplayAlodiaGosiengfiao and Pinoy Big Brother Unlimited Big Winner Slater Young.

Markki’s versatility is undeniable. Aside from being a musician, he is also currently working on two big projects which will be shown before the year ends. He will be playing the character of Joe Jonas in “Camp Rock” the musical and will portray a different and very exciting role (one of the lead casts) in an independent film “Slumber Party” – a Cinema One Originals entry. Not to mention his most talked about walk in the recently concluded Cosmopolitan Bachelor Bash as one of the Top 10 hottest men.