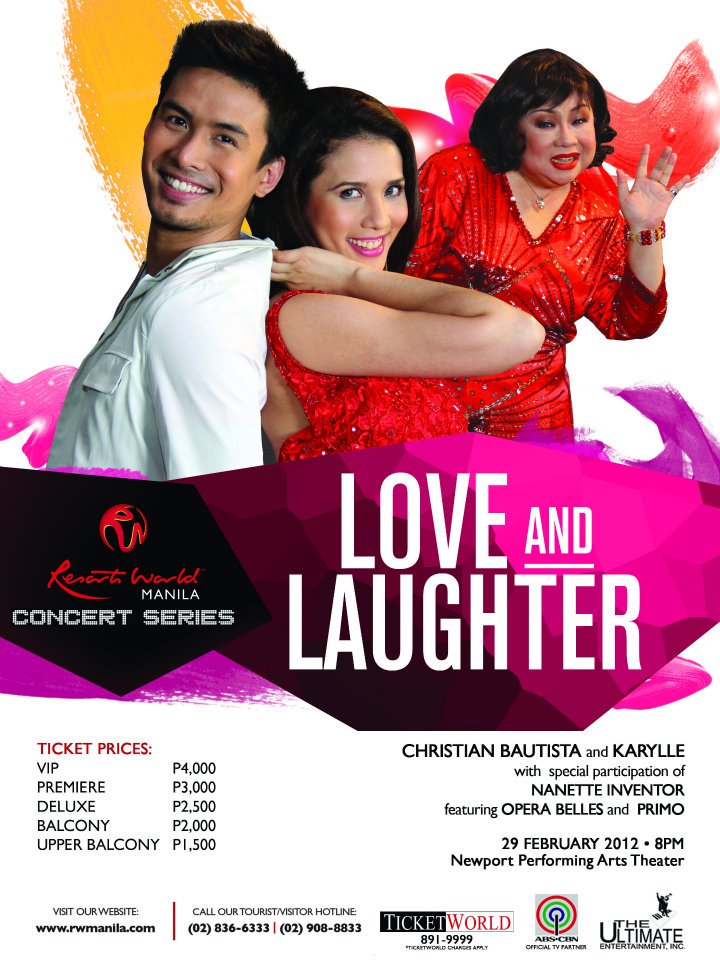 “Karylle and I work together in so many gigs, even before,” says Christian. “But doing this Post-Valentine concert with her is something new and very exciting to us.”

Karylle played leading lady Maria to Christian Bautista’s Tony in STAGES’ staging of The West Side Story, where the two received glowing reviews both as individuals and as partners.

“Christian and I are so alike in so many ways,” admits Karylle. “We have always been good friends and I am excited to do this show with him and the other talented artists who will join us.”

Christian and Karylle will dish out memorable love songs of different themes in the show- from falling in love to heartbreak to reconciliation and moving on.

Comedienne Nanette Inventor, known for her hilarious skits, will give this show a funny dimension.

“Leap year only happens once every four years,” says Nanette. “So the concept of this concert is also a rarity. With the immense talent of Christian and Karylle, I am sure viewers will fall in love and travel back in time with such beautiful love songs that they will perform.”

Opera Belles and Primo are also guests of the show.

Tickets may be purchased at the Resorts World Manila Box Office located at the main casino entrance or all Ticketworld outlets nationwide.