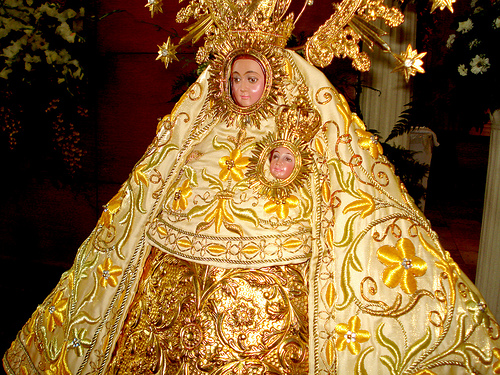 Endorsed by the Catholic Bishops Conference of the Philippines, the Association of Catholic Universities and the Manila Archdiocese and Parochial Schools, Association, Inc. Star Cinema and The Marilou Diaz Abaya Film Institute presents IKAW ANG PAGIBIG, is a religious family-drama that commemorates the tercentenary of the devotion to Our Lady of Peñafrancia, the patroness of the Bicol Region in the Philippines.

At first I was hesitant to see the film not because I don’t like the film. But rather it was a Marilou Diaz Abaya. But after seeing the movie, I am so overwhelmed that I want to share the experience watching her latest masterpiece!

The movie revolves around a young, contemporary, rebellious woman Vangie Cruz (Ina Feleo), whose family life and career as a video editor are disrupted when her only brother, a newly ordained priest, Fr. Johnny (Marvin Agustin), is diagnosed of Acute Myeloid Leukemia. As a sibling, Vangie is called upon to be a donor for Fr. Johnny’s bone marrow transplant. At first, Vangie is very reluctant. She has a clinical phobia for medical procedures, the reasons for which are rooted in an attempted, but botched, abortion which she suffered through many years earlier and has since been troubled about. Her life is saved by Dr. Joey Lucas (Jomari Yllana) with whom she has a love child, and whom she eventually marries. 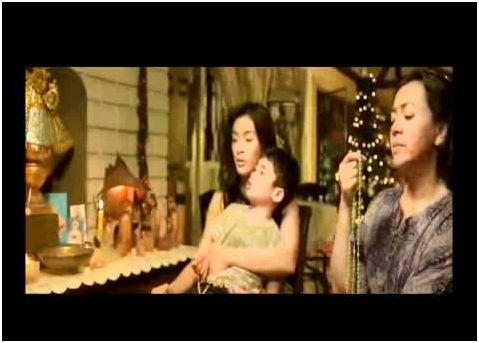 Vangie’s dysfunctional family gravitates around Fr. Johnny, and in their struggle to cope with his illness, find themselves drawn to Ina, begging for her intercession. Their prayers are answered, not so much by way of a miraculous cure for Fr. Johnny, but by the grace of conversion, of love, of forgiveness, reconciliation, and hope.

The message of the movie is very clear, reconciliations. I love how it tackles the traditions for Catholics specifically for INA, Our Lady of Penafrancia and how a family resolves issues with the help of what they believe in. It was indeed an excellent movie for the whole family and devotees. The film is excellent in its story, execution including all of the cast’ performances. I’ve heard that Unitel was initially wanted to produce the film but they backed out that’s why the Archdiocese of Caceres helped the production to finish it. 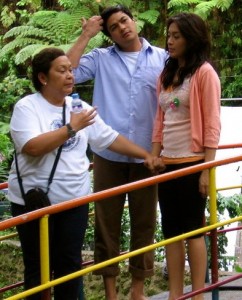 Ina Feleo gave justice to the role. At first all I see is Judyann Santos playing the part (She was the original choice) but upon looking Feleo’s attack to the character makes me appreciate her more. Jomari and Marvin Agustin’s characters in the film is like everyone of us.  I actually don’t know what to say, people may or may not watch this but still grateful for Starcinema to have distributed a film like this. The story is mainly of love, of forgiveness, reconciliation, and hope.

I encourage students to see this film. If you are a devotee, you should watch this. I realized that we may not always get what we wanted, what we asked for, but the film will tell us that upon every pains and trials and tribulations we are having, God is with us. I like what Eddie Garcia said,

My 5 favorite scenes that moved me are:

The film has been Graded “A” by the Cinema Evaluation Board, and Rated PG-13 by the Movie and Television Ratings and Classification Board (MTRCB). Opens Tomorrow, SEPTEMBER 14 NATIONWIDE.