Fun and affordability find a new mix with two of the country’s hottest celebrities singing and dancing to a catchy jingle for SatLite’s ‘Todo na ang Sulit’ campaign. Phenomenal star Maine Mendoza, who is on a roll this month with her new daily lifestyle program #MaineGoals, teams up with comedy prince and noontime show host Vhong Navarro as they both dance to the beat of Vhong’s hit song “Totoy Bibo” in the new SatLite Sulit commercial.

Debuting last August 2 on the newly launched 24-hour local comedy channel BuKo, #MaineGoals has already shown promise in how Maine ticks off items from her bucket list one by one and develops new skills through exciting, wacky, and educational challenges. In the pilot episode of her new program, Maine Mendoza accompanied viewers to Mt. Kulis in Rizal, where she shot a vlog-like series in conquering the breathtaking summit. 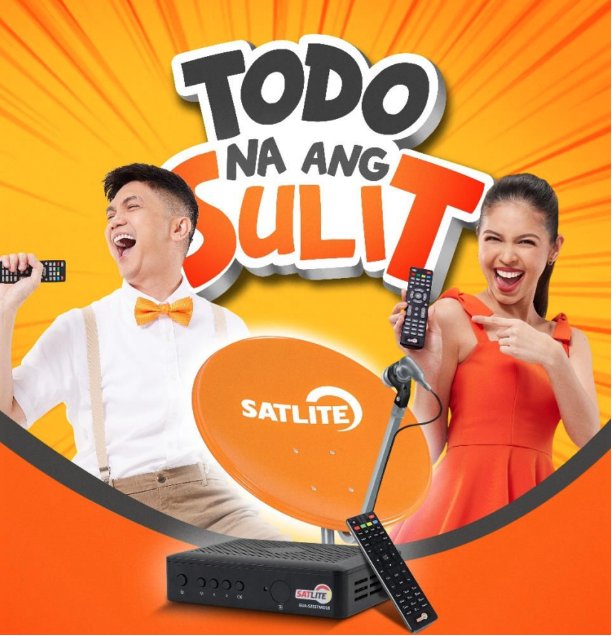 To keep viewers up to date with the latest episodes of #MaineGoals, they may now tune in to BuKo on SatLite Channel 2, available on Loads 49 and up.

SatLite has its “sulit load” offers, giving subscribers flexibility according to their budget. This includes offers of the lowest 30-day load in the market for only 49 pesos, and Tingi Loads which are good for three days.

SatLite users can anticipate the most “sulit sa channels, sulit sa saya, and sulit pampamilya” TV viewing experience, thanks to the wide range of relevant programs and genres available. They get access to up to 55 channels featuring movies, local and international sports, kids, general entertainment and so much more.

Avail of SatLite’s ongoing Buy 1, Take 2 Load* for New Subscribers promo where users must purchase the 1st month’s load with a minimum of 99 pesos to get the succeeding two months for free. Promo runs until September 30, 2021 only.

As the new faces of SatLite, Maine and Vhong, encourage the public to avail of the brand’s most budget-friendly offers yet. Watch the duo dance to the beat of Vhong’s hit song Totoy Bibo in the new SatLite Sulit Jingle here, as they tell friends and family ‘Todo na ang Sulit’ with SatLite.

Subscribe to SatLite now by visiting your nearest dealer in your area, or check out www.satlitetv.com/where-to-buy for a complete list of Territory Partners. Visit SatLite’s official Facebook page for more details.