Disney・Pixar’s Cars 3 is one of the most anticipated animated films of the year, and is the latest installment following the adventures of champion race car Lightning McQueen. Customers who avail of Globe at Home’s new GoBIG and GoFAST plans from Plan 1299 and up can get to see the film with two free tickets! 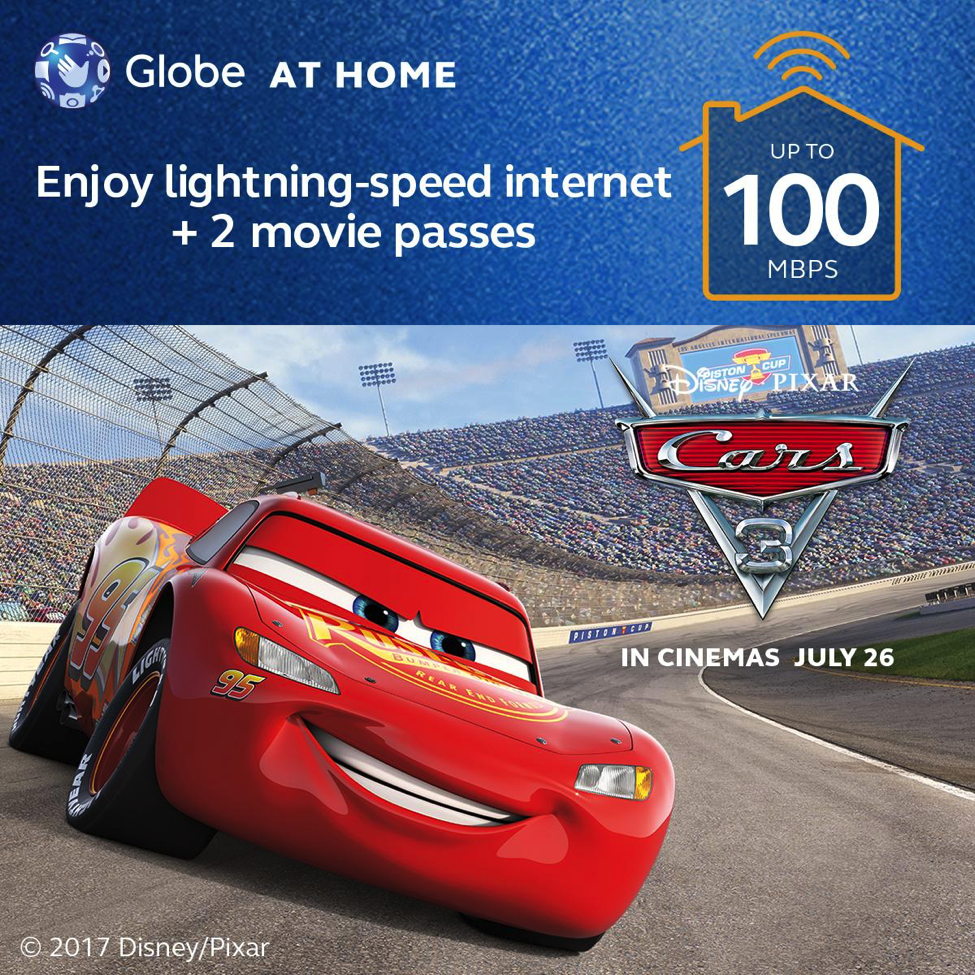 “Globe has always supported every family’s digital lifestyle by letting them be the first to experience top entertainment content right at home. This time, Globe At Home gives families more reason to spend time together with a special movie treat as Disney・Pixar premieres the new Cars 3 movie. This way, customers can continue enjoying the latest in entertainment,” says Globe Senior Vice President for Consumer Broadband Business, Martha Sazon.

From July 7 to August 15, 2017, customers who successfully have their broadband plan installed will receive an email from globeathome@globe.com.ph which will contain a GMovies code equivalent to two movie passes. Customers can begin booking their tickets on GMovies starting July 26, the premiere date of Disney・Pixar’s Cars 3.

The film is the latest in a successful Disney franchise, with the first two films loved for its dazzling animation. Early reviews praised Disney・Pixar’s Cars 3 for its poignant story and graphics.

Disney・Pixar’s Cars 3 sees McQueen past his prime, a little slower and unable to keep up with younger racers. However, he is committed to proving that he is still the best race car in the world by making a do-or-die deal: he either wins the first race of the season or sell out to endorsements. 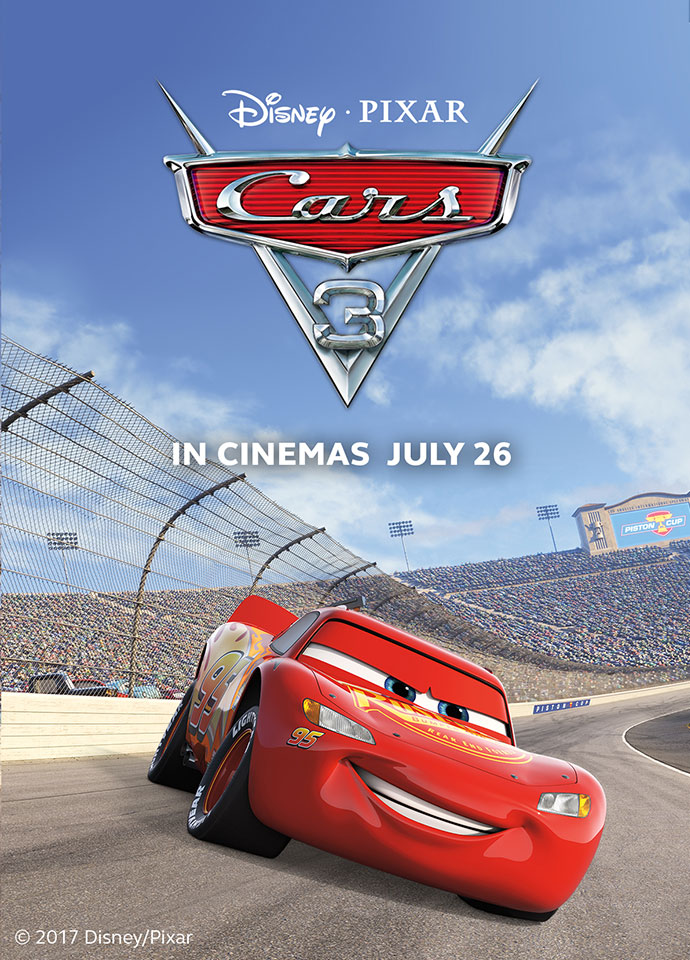 GMovies is available for free download on the App Store and Google Playstore.