The first two “Divergent” films have grossed more than $550 million at the global box office and are Lionsgate’s highest-grossing films outside “The Hunger Games” and “Twilight” franchises.

The third installment of the blockbuster Divergent series franchise, “Allegiant” takes Tris (Shailene Woodley) and Four (Theo James) into a new world, far more dangerous than ever before.  Beatrice Prior and Tobias Eaton venture into the world outside of the fence and are taken into protective custody by a mysterious agency known as the Bureau of Genetic Welfare.  The film is being directed by Robert Schwentke from a screenplay by Noah Oppenheim, Adam Cooper, Bill Collage and Stephen Chbosky. 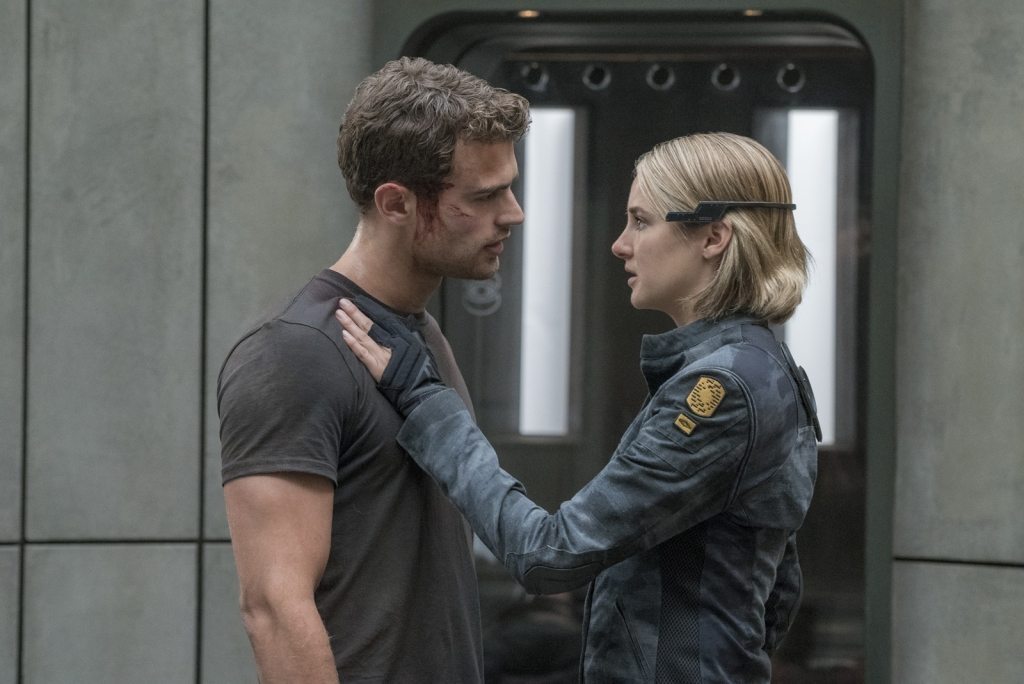 The story background discusses how a future, ruined Chicago becomes a society that defines its citizens by strict conformity to their social and personality-related affiliations with five different factions. This removes the threat of anyone exercising independent will and re-threatening the population’s safety through war or another human-created catastrophe. The factions are Abnegation to uphold selflessness, Amity to uphold peacefulness, Candor to uphold honesty, Dauntless to uphold bravery, and Erudite, to uphold knowledge. Tris tests out for equal aptitude with three different factions: Abnegation, Erudite, and Dauntless. This classifies her as “Divergent” and capable of independent thought beyond the restrictive nature of the factions. She is warned never to share this information with anyone for fear of her life. Divergent are a threat to the stable society, hunted and killed by the ruthless leader of Erudite, in order to eliminate the “threat” of independent thinking. Those who fail the initiation of their particular faction are deemed factionless, who are treated as a lower class and a drain on society.  Tris Prior is shocked by the video released to the public at the end of the Erudite headquarters raid. The video revealed the truth about the faction system and announced that Divergent are needed outside the borders of the city.

“Allegiant” will open in the Philippines on March 9 from Pioneer Films, one week ahead of its US release.