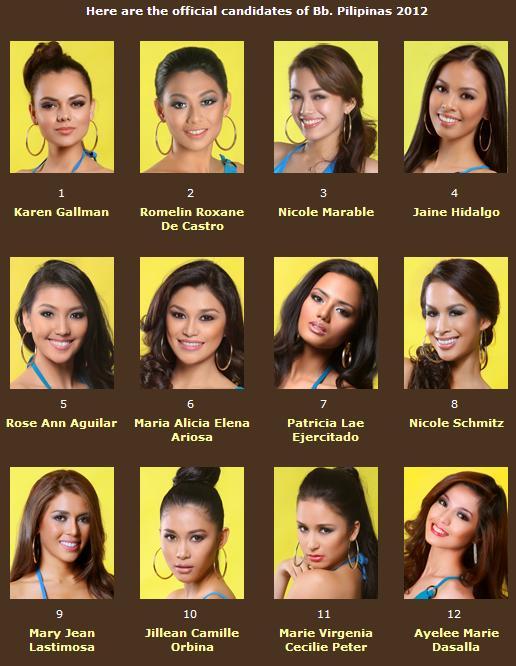 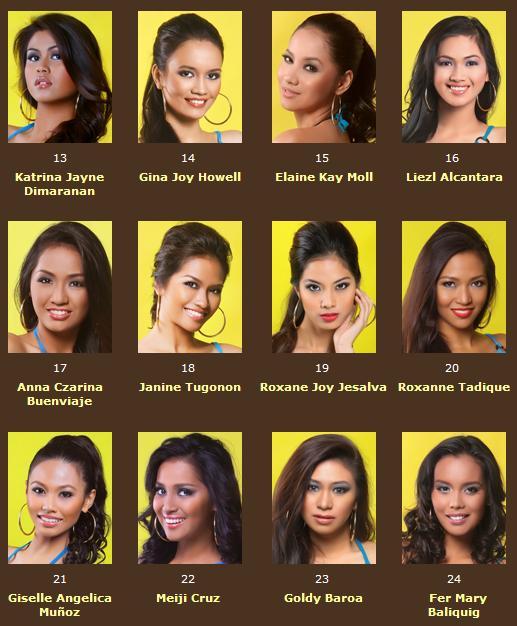 Binibining Pilipinas Charities Inc. chairperson, Stella Marquez Araneta said that this year’s batch was most impressive because of the beauty and the intelligence of the ladies who made it to the cut. “The past years saw the Philippines, through the Bb. Pilipinas pageant, reclaim its lofty stature as the beauty capital of Asia,” Mrs. Araneta expounds, “In a way, this has added positive pressure to the girls in the sense that not only are they stunning to look at. This batch is also considered as one of the most accomplished. I guess the back to back performances of Venus Raj and Shamcey Supsup really upped the ante for Filipino beauty pageants.”

From more than a hundred aspirants, only thirty made it to the final cut of candidates last January. These candidates underwent several sessions of hair and make-up training, personality enhancement and TV projection sessions from professionals like ABS-CBN’s Boy Abunda. They were also able to hone their stage presence and other beauty queen skills through several meet and greet sessions with the media and the public, including a Press Presentation at the elite Genting Club at Resorts World Manila, a fashion show at the Ali Mall sponsored by Avon and Jag jeans, National Costume presentation, and a center-wide grand Parade of Beauties. Last Sunday, ABS-CBN aired a special primer showing behind the scenes training and pre-pageant activities including the National Costume presentation wherein candidate Nicole Schmitz was adjudged the winner.
However, one of the most memorable experiences for the candidates was the medical mission to fix the palates of nearly 50 children of Operation Smile. The ladies were able to assist in the pre-operation stage. Since quite a number of the candidates are medical professionals, they were likewise able to assist in the operation and post-operative phases as well. Operation Smile is also partnered with the Miss Universe Organization. Ms. Universe Philippines 2011 Shamcey Supsup is currently a Smile Ambassador. 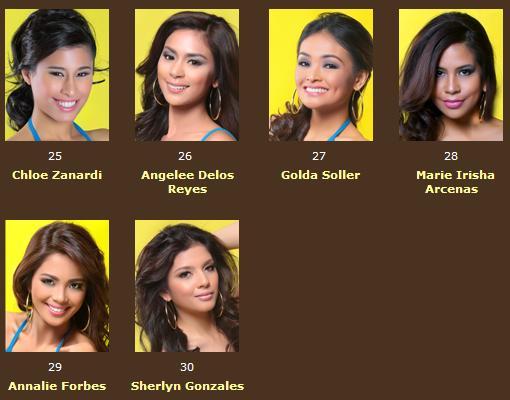 The winners will receive more than prestige, a crown and a sash. They will also receive a prize packages that run up to millions of pesos. The winners also automatically become the object of national accolade and become endorsers of several name brands.
Paula M. Shugart, President of the Miss Universe Organization says that winning the crown “means an opportunity to represent one’s country and a chance to compete for the most recognized title in the world. Eventually, this same woman will lend her voice to important social causes.”
Leila Lopes, the current Miss Universe who hails from Angola shares a message for all the thirty Binibining Pilipinas 2012 contestants, “This is where it all starts. I hope you embrace this experience and enjoy every minute you compete. You are all accomplished and skillful women who have the opportunity to represent your country. The power of the crown and the sash motivate me to continue my work and raise awareness for my causes.”
The Bb. Pilipinas 2012 Coronation Night will be on April 15 at the Smart Araneta Coliseum and will air on ABS-CBN.
For ticket purchases and inquiries, call TicketNet at 9115555.