Can’t remember how many times I blogged about Vice Ganda‘s success from her Box Office Movies and concerts. If I remember correctly, she really owned the Philippine Box Office rank for so many years and undeniably, the phenomenal box-office artist proved the magic of her charm once again as she consistently tops the ranking of local artists with the highest number of ticket sales for all of the movies combined.

And as I said, there were so many headlines in the past I did for her and here are some of the blogs that gave me hundred thousand views. 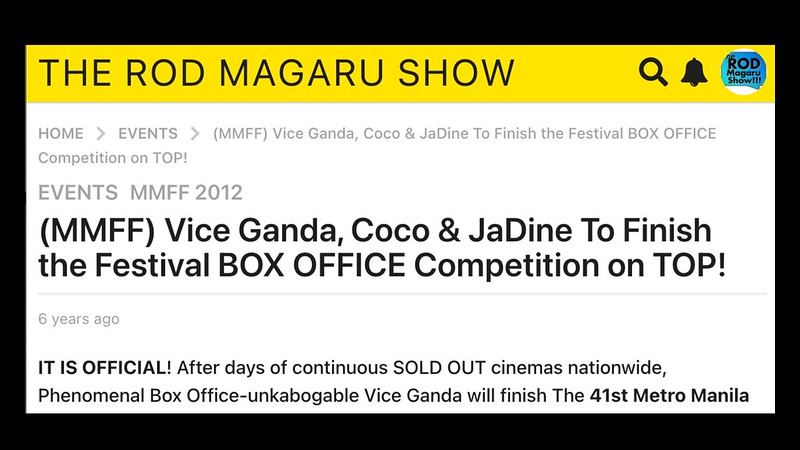 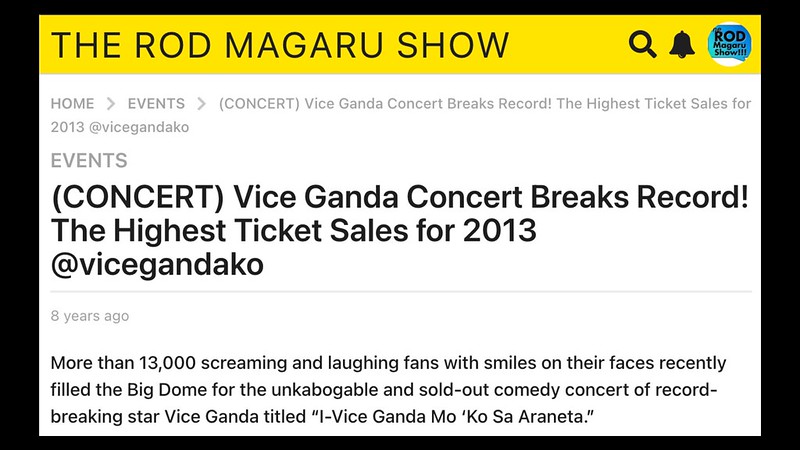 This 2021, we missed a lot about how we experience cinema and premiere nights so a lot of you took the time to look back and check, who really maintained its phenomenal status and your guess is as good as mine. Vice Ganda is the one and only record-breaker, Phenomenal Box Office Superstar. Take a look at this factual tweet from Kapamilya Universe:

I remember one time when I told my friend back then that Vice Ganda is set to defy the Guillermo Mendoza Memorial Award’s list of Box Office. When I say defy I meant getting the ball game shaken with her record-breaking ticket sales, leading for the Box Office Award-Giving bodies to create a new title that will only define her success, A Phenomenal Box Office Star category since 2013. 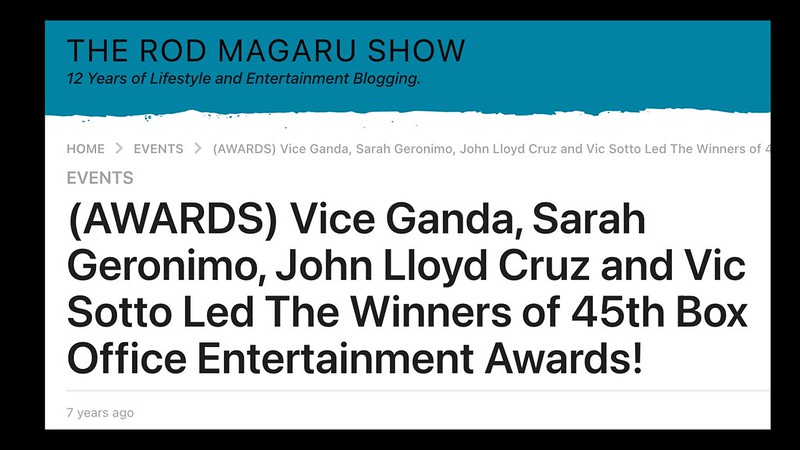 Over the years and up to know, Vice Ganda is indeed the real source of happiness through her shows, her movies and her concert.

Speaking of Box Office, another one is added to the impressive records of Vice Ganda, a sold out digital concert entitled  Gandemic: The VG-Tal Concert which is happening this weekend July 17, 2021 and can be streamed live at ktx.ph. Waiting for additional platforms for the show to be available such as TFC, iWantTFC, and Sky PPV.

Joining Vice Ganda in this world premiere event are Anne Curtis, Ice Seguerra, MC & Lassy, Negi & Petite, Awra & Argie, and Payatas Children’s Choir.  The VG-Tal Concert will also have its worldwide screening on July 18, 2021. There will be limited slots for VIP ticket (priced at P1,500 inclusive of Meet & Greet for World Premiere) while regular tickets can be purchased for only P1,000