Ina plays a heartbroken wife who tries to get over a doomed relationship with the help of Paulo Angeles’ character in “Ampalaya Chronicles: Me and Mrs. Cruz.” The movie, which is the third installment in the original anthology series after “Adik” and “Labyu Hehe,” streams worldwide on March 24.

Sarah Geronimo’s fans can also look forward to the pop superstar’s “Tala: The Film Concert,” which will be streamed worldwide on March 27 at 8 PM. Tickets are still available for purchase on the iWantTFC website and Android app at P1,500 or USD29.99.

Users in the Philippines can also choose to watch all-new movies on iWantTFC, such as the upcoming Janine Gutierrez-JC Santos movie “Dito at Doon,” whose early bird tickets (P300) are now available. Dropping soon on the platform, the romance drama follows the journey of two friends who unexpectedly fall in love during the lockdown while getting to know each other through video calls. 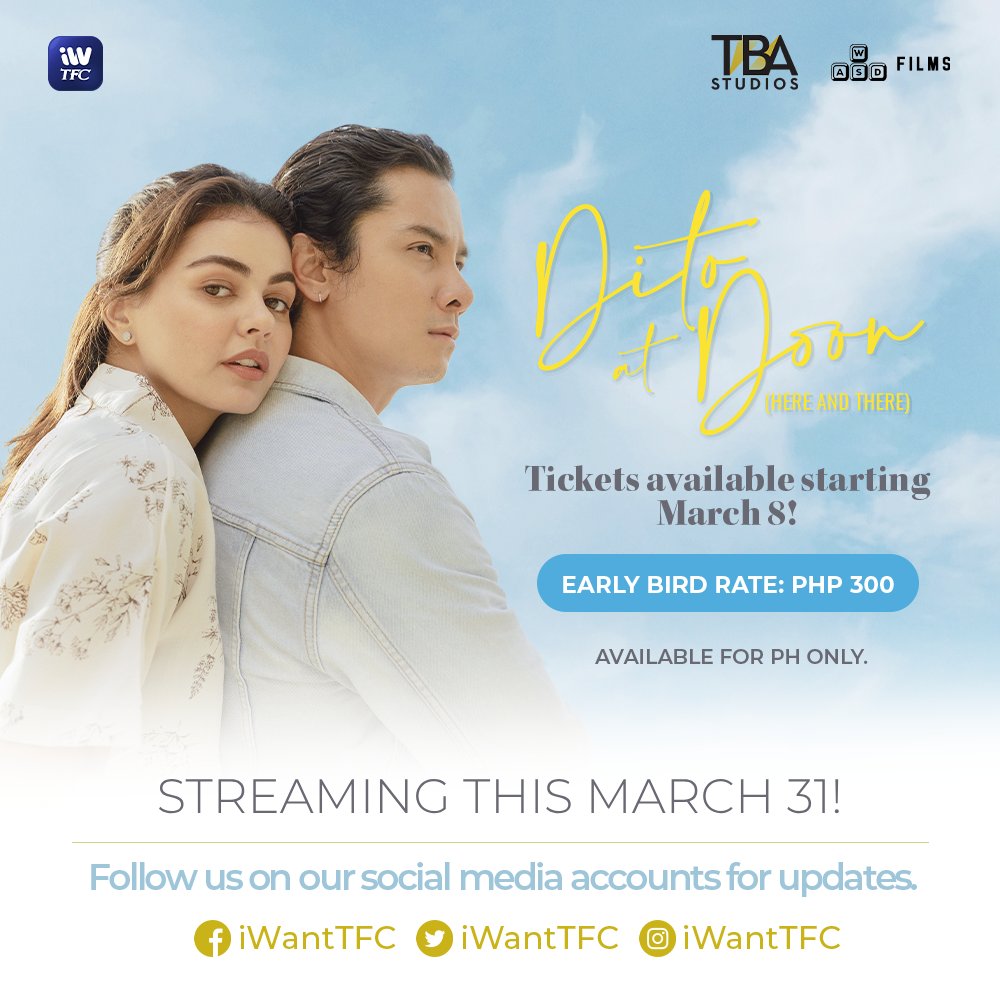 Coco Martin and Angelica Panganiban’s “Love or Money” will also drop on March 12 for viewers worldwide. Early bird tickets are currently sold at P200 or USD3.99 until March 11, while regular tickets will be available for P250 or USD4.99 on March 12 onwards.

Other titles available that are streaming worldwide for P200 or USD3.99 are the boys’ love film “Hello Stranger” and “Ayuda Babes,” a relatable throwback movie about the hilarious anecdotes of Filipinos during last year’s lockdown.

Those who are looking for movies and series to match their various moods can also find unlimited choices on iWantTFC, which has the biggest library of Pinoy content across different genres such as romance, family, horror, action, comedy, and socially relevant documentaries. The platform also offers series and movies that feature empowering stories of women for those who would like to celebrate National Women’s Month.

Begin your romantic movie marathon at home by watching these movies and shows on the iWantTFC app (iOs and Android) or on iwanttfc.com. Viewers can also enjoy watching on a bigger screen through select devices on VEWD, ROKU streaming devices, select Samsung Smart TV models, and Telstra TV for global users. For the complete list of compatible devices, sign in instructions, and account activation, visit https://iwanttfc.com/help#tfc-on-smart-tv.