ABS-CBN spreads light and love early as the network released the lyric video of “Ikaw Ang Liwanag at Ligaya” today (November 27) ahead of the premiere of the 2020 ABS-CBN Christmas ID this Tuesday (December 1) after “TV Patrol.”

The new Christmas anthem underscores the importance of prayer which brings light and joy to our lives during the darkest times in our journey this year. The song, which features the voices of 20 Kapamliya artists, highlights the love we share to our fellowmen and our gratitude to God, the primary source of light and joy of every family. 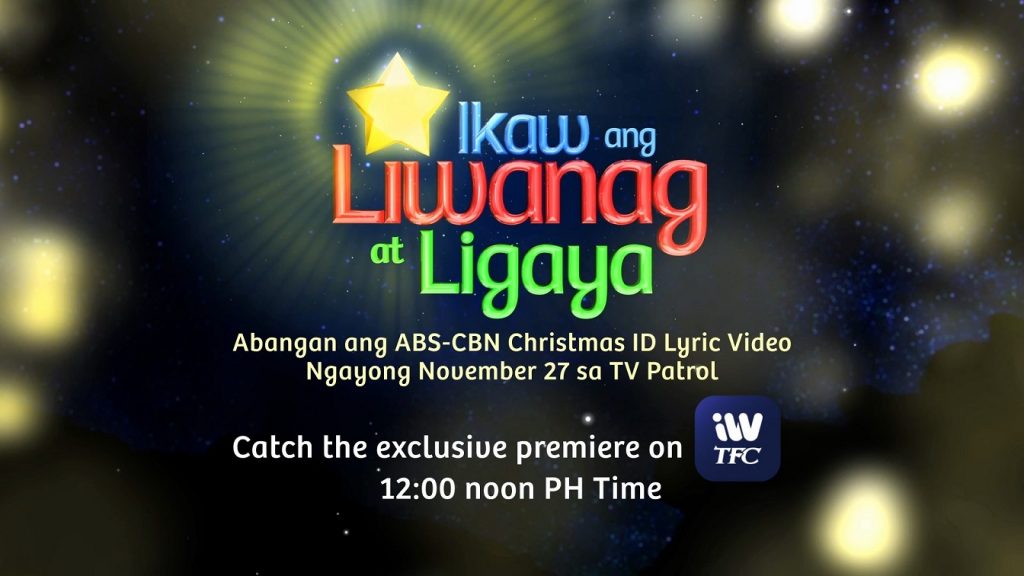 Another shining feature of the lyric video is the various translations of “liwanag” and “ligaya” to spread the inspiring message around the world this Christmas. Some of the featured languages include Waray, Kapampangan, Maguindanao, Italian, Korean, and Arabic, among others. 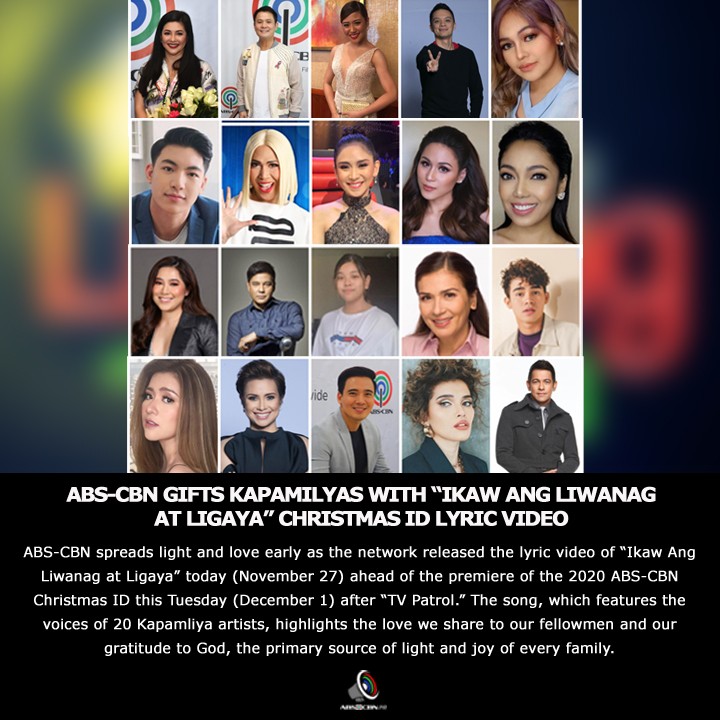 The ABS-CBN Christmas ID 2020 Lyric Video was created by the ABS-CBN Creative Communication Management Division headed by Robert Labayen and Johnny Delos Santos with the guidance of ABS-CBN COO of broadcast Cory Vidanes.

The ABS-CBN Christmas ID lyric video (“Ikaw Ang Liwanag at Ligaya”) was first seen on iWantTFC and will be seen again on various ABS-CBN platforms tonight (November 27) after “TV Patrol.” Viewers can also watch it on the YouTube channel and Facebook page of ABS-CBN Entertainment, while they await the premiere of the highly anticipated ABS-CBN Christmas ID this Tuesday (December 1).