With so much to watch and stream these days, keeping our playlists on point is key to making sure we’re not only watching the best shows, but can also keep up with the trendiest shows of the season. At the top of the trending list these days, right alongside K-dramas and Pinoy teleseryes, are the fresh crop of BL shows that are now all the rage.

WeTV and iflix are riding the BL wave with a whole slew of hot new shows this September and October. Here’s our promise – the shows will not only turn up on all the feels, but will also deliver on the drama and the romance. Kicking off the roster of new shows is the highly-anticipated new season of one of Thailand’s hottest BL shows, Love By Chance. The first episode drops on WeTV and iflix on September 02 at 9:00PM to stream for FREE, with new episodes dropping every week.

At the end of Love By Chance’s first season, the future of would-be couple Tin and Can is in limbo, with one of them left heartbroken. There was so much clamor for some closure to these characters’ stories that they are now at the center of the show’s second season. Popular BL actors Plan Rathavit and Mean Phiravich reprise their roles as Can and Tin, respectively, as they explore what it means to be in love while experiencing the highs and lows of their very first relationship. The show also marks Mean Phiravich’s final appearance in a BL project, as he takes on more mainstream projects.

Watch the trailer to Love By Chance Season 2 here.

Other BL shows that will be making their way to iflix this September and October are:

When Bon, the popular engineering student decides to plot revenge on Duen, an innocent first year medical student, their feelings towards each other start to change as Duen continues to deliver the roses he was tasked to buy Bon every day for a month.

What do the words “no way”, “impossible”, and “cannot” mean to you?  Three half-brothers from a rich and powerful family face these questions as they struggle with familial love amidst some very challenging circumstances.

At the center of the story is Tae Joo, the 18-year-old successor to the TB Group. He’s got it all –  wealth, good looks, and no troubles  – or so it seems. His 18-year-old bodyguard, Goo Koo, is physically fit and is trained in all different types of martial arts.  He is also a very thoughtful guy, and is the only person Tae Joo feels he can trust, and feel safe around.

When Bai Luoyin was 16, his mother left his father to marry a senior officer in the army. On the other hand, Gu Hai, the son of the officer, resented his father because of his mother’s death. Knowing that his father was about to remarry, he took a stand against his father and transferred to an ordinary school. When the new semester began, where the two stepbrothers found themselves in the same class. As the days passed, they started having feelings towards each other. Yang Meng, the childhood friend of Bai Luoyin, and his classmates You Qi, also played a catalytic role in their relationship. 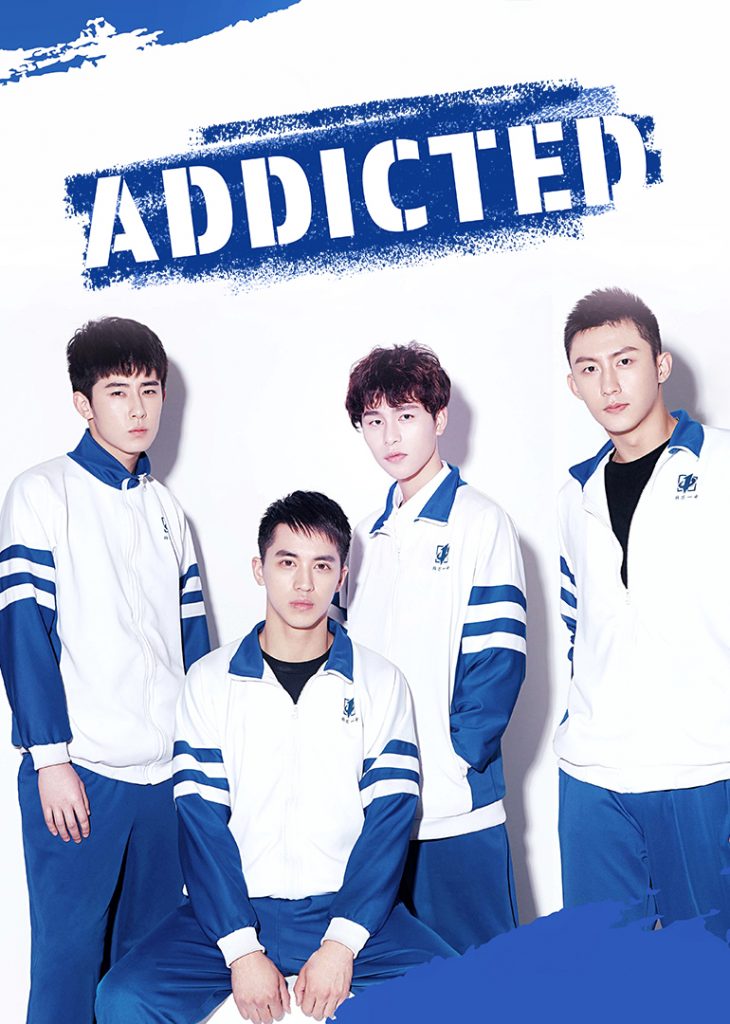 iflix is Asia’s leading streaming platform featuring the best in local, regional, and international content, which can be seen in Indonesia, Malaysia, Thailand and the Philippines. WeTV is home to Asian Premium content featuring the best shows from China and the rest of Asia. You can download both the iflix and WeTV app on the App Store and on Google Play.