ABS-CBN workers and supporters have embarked on a three-day vigil at the broadcast network’s compound in Quezon City starting Saturday (July 4), calling on the public to let their voices be heard and ask lawmakers to vote “yes’ on the ABS-CBN franchise. 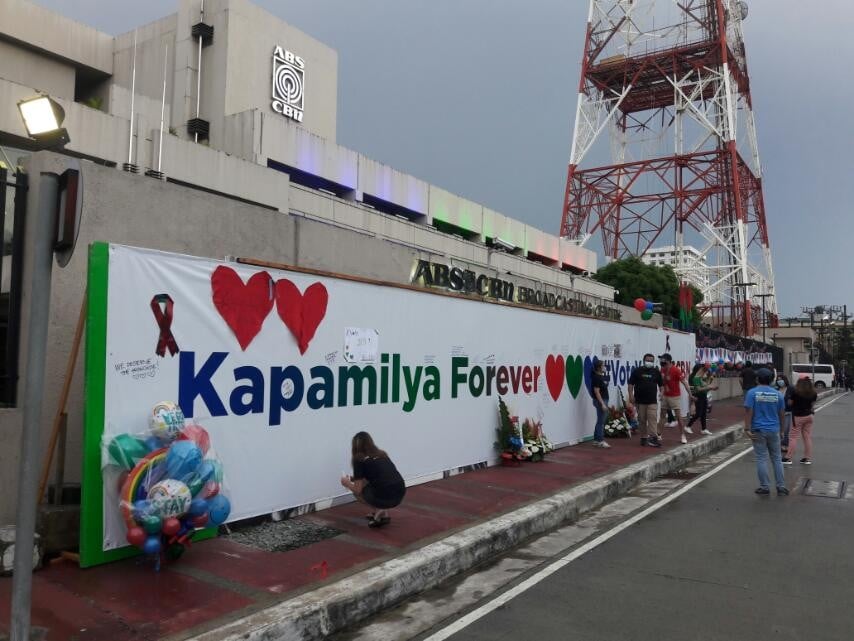 A majority of no votes would lead to the permanent shutdown of ABS-CBN’s broadcasting service, which began its operations in 1953. About 70 million Filipinos tune in to ABS-CBN in a week for news, information, and entertainment when it was still broadcasting. 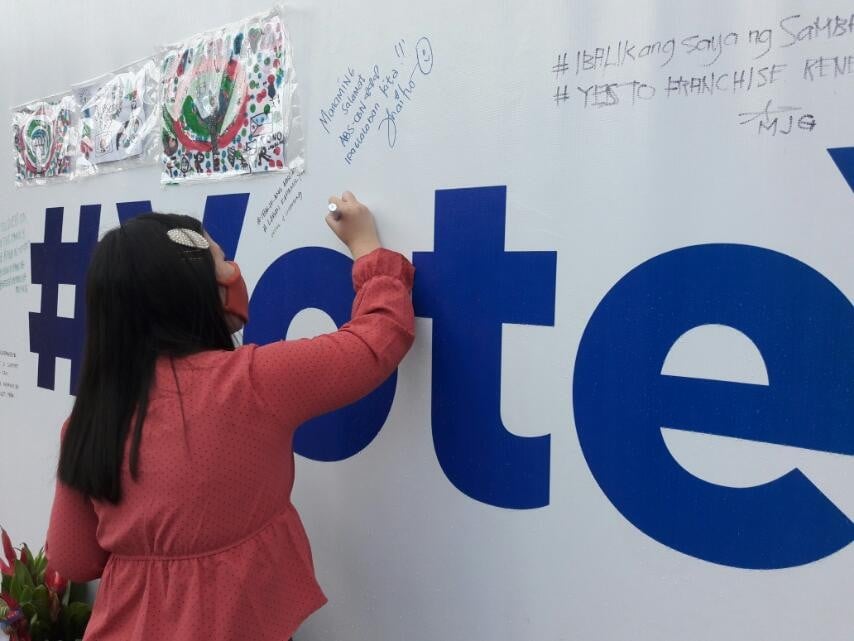 The House committee on legislative franchises has received 181 petitions supporting the grant of a 25-year franchise to ABS-CBN, but it has so far only tackled the issues raised by a few opposition groups. Several lawmakers and cause-oriented groups have urged lawmakers to consider the plight of 11,071 workers whose jobs are in peril if the franchise is not renewed.

The network’s workers and supporters started trooping the broadcast compound along Esguerra Avenue in Quezon City to write messages of support at the vigil’s freedom wall placed outside the gate. Others have left mementos like flowers and balloons in the area filled with heart-decorated streamers in colors red, green, and blue (RGB), the colors of the ABS-CBN logo.

Netizens have voiced out their support on social media during the weekend, appealing to the House of Representatives to grant ABS-CBN a new franchise and using hashtags like #lbalikAngABSCBN, #ForeverKapamilya, and #LabanKapamilya.

“With every ounce of humility that I can muster, I beg of you, please give us a chance to be better,” Martin pled in his open letter addressed to congressional representatives. “I’ll pray you all make the right decision where it’s a win-win for all concerned.”

Since May 26, the Committees on Legislative Franchises and on Good Government and Public Accountability have spent 11 hearings and at least 65 hours on interpolating ABS-CBN executives and officials of government agencies on various issues raised against the network. ABS-CBN has since clarified the issues concerning foreign ownership, the 50-year limit on franchises, labor, taxes, and digital TV broadcast and maintained that it has complied with existing laws and regulations.

A total of 13 bills on ABS-CBN’s franchise have been filed since last year. The network was ordered to stop its broadcast operations last May 5 by the National Telecommunications Commission, which earlier assured the Senate and the House of Representatives that it would issue a provisional authority allowing ABS-CBN to operate.