Julia Barretto and Joshua Garcia’s hit zombie flick “Block Z” recorded the highest number of pay-per-view (PPV) subscriptions in its first two days on iWant, making it the fastest PPV title to do so after its release on ABS-CBN’s streaming service.

iWant’s new offering, directed by Mikhail Red and follows a group of university students’ quest to survive a viral outbreak, is now available for just P30 on PPV and may be watched over and over for seven days. 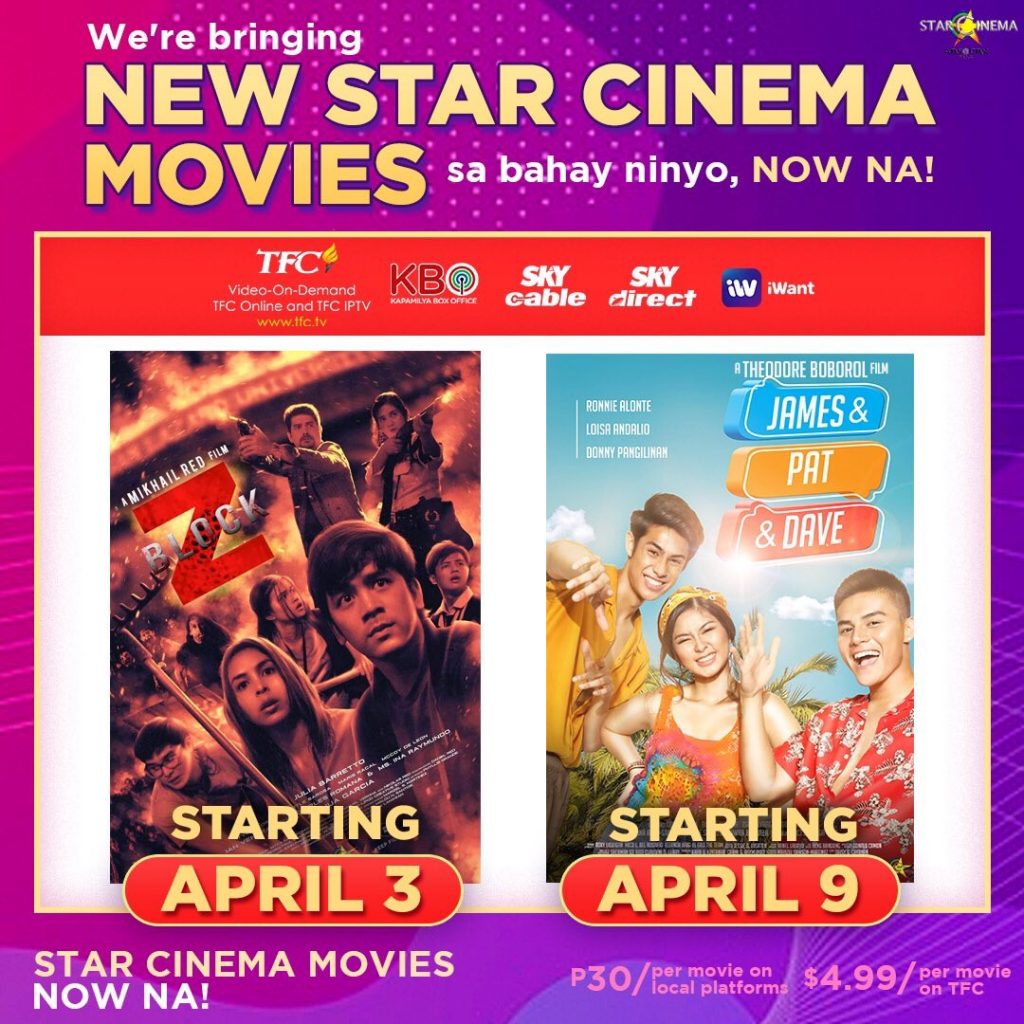 “Block Z,” meanwhile, trended on Twitter on the first day of its release on iWant and on ABS-CBN TVplus’ KBO, where the movie also recorded the highest number of first day registrations by any KBO movie. The record set by “Block Z” comes after its theatrical release three months ago.

Meanwhile, movie viewership on iWant also increased by 300% in March after more than 1,000 movies were made available for free to its users.

Here is my movie review vlog of the film BLOCK Z.

“Block Z” is also available on ABS-CBN TVplus’ KBO, TFC Video on Demand, Sky Cable, and Sky Direct. To watch “Block Z” on iWant, just download the app on iOS or Android or logging in to iwant.ph . For updates, like www.facebook.com/iWant, and follow @iwant on Twitter and @iwantofficial and @dreamscapedigital on Instagram, and subscribe to www.youtube.com/iWantPH.