by rodmagaru 1 year ago8 months ago

The night has come for the three finalists of The Voice Kids Season IV namely Carmelle Collado from Team Bamboo, Cyd Pangca from Team Lea and Vanjoss Bayaban from Team Sarah.

This Season I was very happy to have known that Coach Sarah return to The Voice Kids Chair because well, As you all know, I am a POPSTER from the start. No not naman but more or less haha.

Prior to the Big Night, Carmelle, Cyd and Vanjoss performed duet with their respective coaches as well as “upbeat, showstopping” number. I was impressed with Carmelle when she performed Beyonce’s “Love on Top’; While Cyd surprised the audience with his performance of “Come Alive” from “The Greatest Showman”.

Vanjoss from Team Sarah also wowed the crowd with his rendition of “Titanium.”

After all the performances during Saturday, the show revealed the partial percentages of votes. Many believed that finalist K is VANJOSS according to the trending topics in twitter. Myself Included. 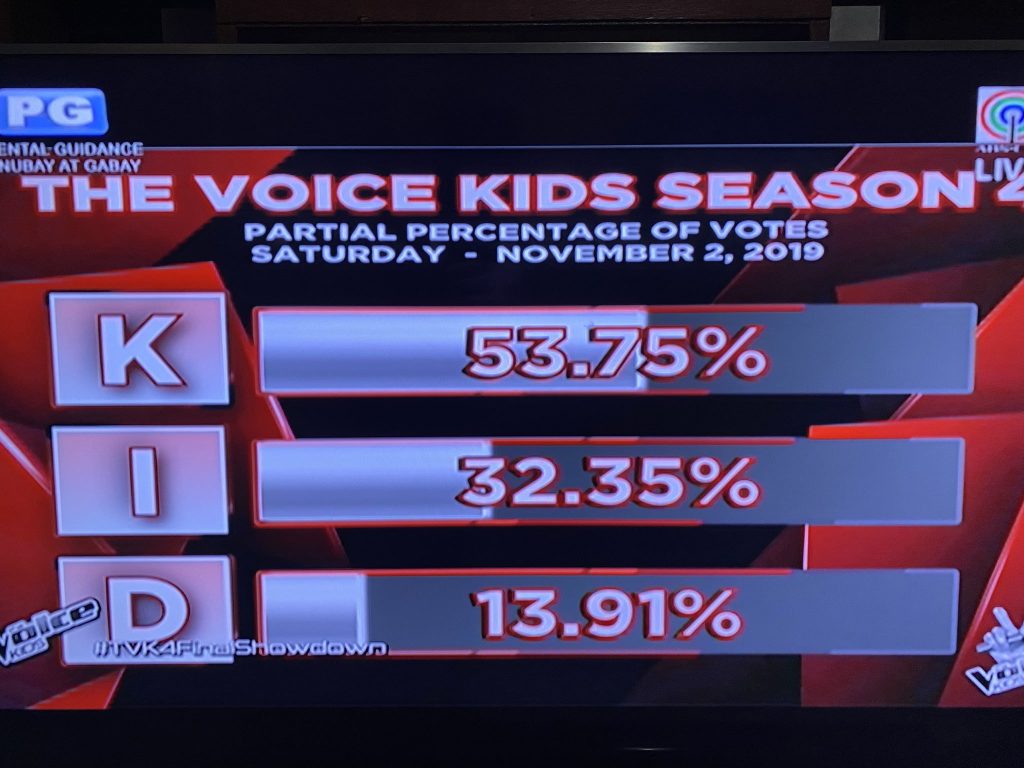 Come the Grand Showdown on sunday, Vanjoss performed a hear-stopping performance of “You Raised Me Up” . It was the moment I told myself, this is really for him.

Here are the following final score: