Three weeks ago, I have learned that my friends from Bloggers United Philippines are the new partner of E! Channel to the annual eBloggers Ball, the annual gathering of bloggers, vlogger and content creators. This annual event is a recognition of the digital community – from with hopes to inspire the next generation of content creators in the region. At that point, I said, okay I will just check and consult with designer friends what to wear. But this year they made a wonderful twist, they announced that they will be bringing the POP CULTURE in the red carpet! Dubbed as the E! POP GALA! Everyone received their invitation towards the Gala Night.

10 days before the event, I kind of experiencing a slight panic. I still can’t find an inspiration to come. ME? The one blogging for lifestyle & entertainment? I know. I told myself, ok I can be freddie Mercury. Nope, I can be Elvis Prestly. But Michael Jackson shines. Oh crap, I am cramming. At that point, it was, Ok I’m not going.At the week of the October 27, I had a full working schedule. From multiple movie festival events, to bespoke fitting, coffee planner launches and overnight hotel reviews. And did I mention of a 3-day La Union trip for a beach clean-up spearheaded by Globe? Looking at that schedule, I was pretty sure the ball is of my last priority. Not because I don’t want to attend because Jesus who would want to miss that? But because I only have Thursday to scout for an inspiration to wear.

Wednesday. Days before The Ball.
We were supposed to attend a launch of an annual coffee planner in BGC. But since we just checked out of Golden Phoenix Hotel in Manila, we decided to go to the mall. That day, I am still with Ana Gonzales, Paul Chuapoco (both of them were #ePOPGALA organizers), Ava Te-Zabat and Rodel Flordeliz. Imagine the pressure to come up with something haha. Rodel and I decided to go to the mall before going to BGC. At that point, we just go to department store to check if there is a ready-made costume for POP ICONS. We kid ourselves.After hours of roaming around the mall, we glanced at one of the fashion brand stores and saw a pair of shorts of black with gold floral. I kid Rodel and said, “Oh this can pass as Bruno Mars outfit ala Versace”

Luckily, beside it was a polo shirt of similar design. We didn’t pick them up at first. “OK, will check this later as option.”It’s been hours so I decided to get that outfit. We were already on the other side of the mall (you know how I hate MOA for being so big haha). We went there, fit and I was surprised to see myself fitting it, show it to Rodel and with same reaction, “PWEDE!!!”

I bought them all. And finally I decided to be Bruno Mars. That time, I thought I was okay to go. But realized I am still missing Bling Bling, specific hat with XXIV print, shoes, ring, and that Bruno Mars shades. We went back to the Department store to check other items. While Rodel is getting his yellow shoes to match his outfit, we also decided to check Gold Bling Bling. Dude the necklace were so expensive!

I asked the SM staff where can I get the same item with bigger loops. He said I should go to SM Notions where they sell party items, there’s a metered gold-coated stuff there that resembles the look. From there I also bought the glittered letters of XXIV, (P100 each).

After that day, I went to Makati Cinema Square to accessorize the outfit. This time, I finally got the hat but there’s a supreme design. I said I will just improvise.

After removing the shiz, this is the final look of the hat.

Then I found a GOLD SHOES in an UKAY UKAY (Actually not for men but fits me) haha.

After that, I am still missing a ring, a little glitters for body but I think It was easy to find. Come Friday morning, we headed to La Union for our commitment to the environment wow?

To make sure we will make it to the ball, we decided to leave midnight of Saturday. While everyone is partying side by side in La Union, we packed our bags, rode a bus going to Manila and arrived at 6am.

ePOP GALA NIGHT!
Hosted by my favorite Janeena Chan, the gala night was more of socializing with friends, and catching up with fellow content creators. It was a night of really mingling with friends.

When they awarded the Red Carpet Royalty, I have really no expectation at all. LIKE YEAH NO EXPECTATION TO WIN AT ALL. But then Janeena announced that it was me, I was like, “AKO????”

I was Awarded the RUNWAY ROYALTY for specifically bringing an ICONIC POP ARTIST TO THE BALL.

It was really a surprise win for me because well, I really wanted to come and put some effort to make me look the part but thanks to E channel, to Bloggers United and to the rest of the organizer! Here are the rest of the winners for the night! 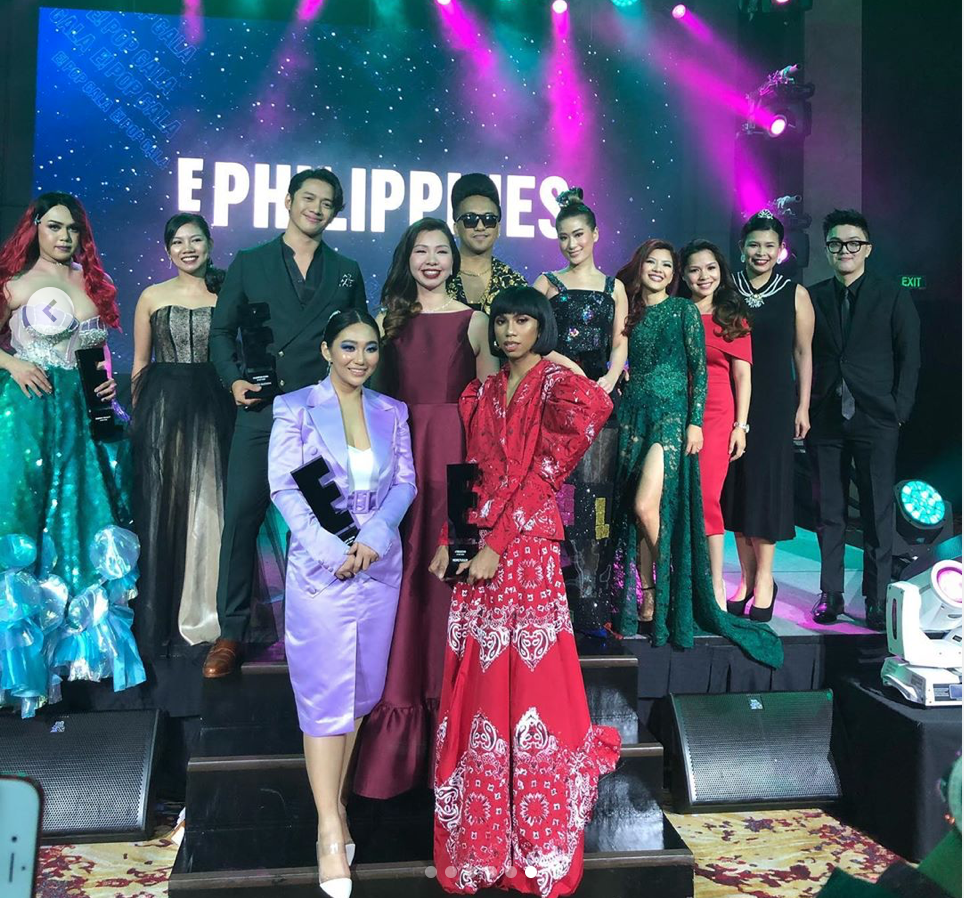 Plus a surprise win for Janeena Chan for “WOMAN TO WATCH”

It was a fun night, again, thank you for having us E! 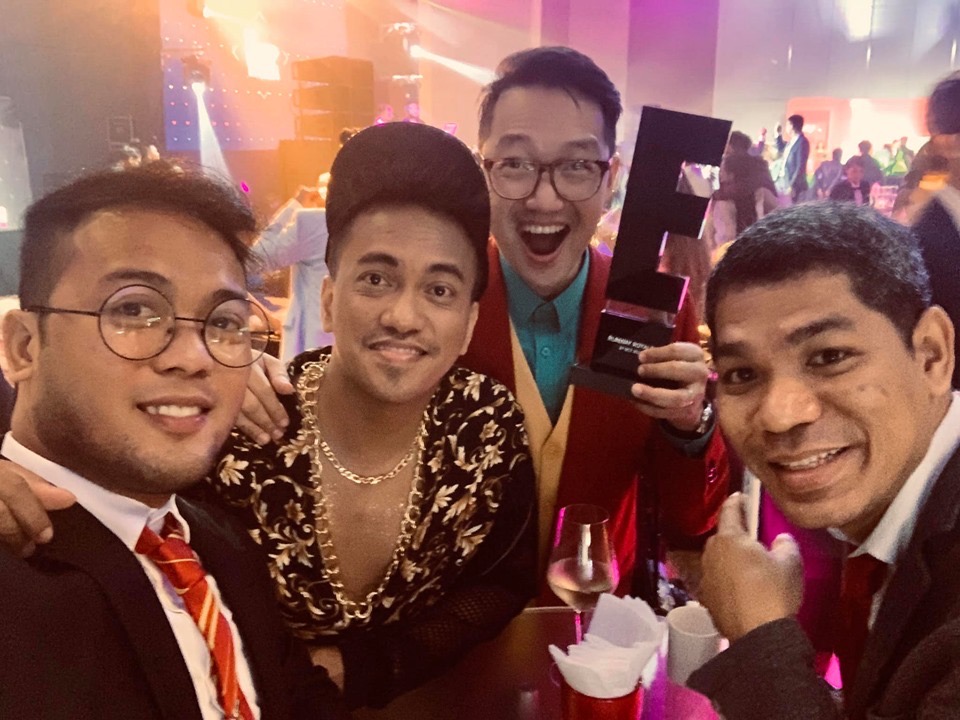 Oh by the way, one of the reasons why I came prepared to the ball is the recently, Closeup released its NEW closeup White Attraction Naturals, and I am one lucky bloggers to try it! Made of natural ingredients Lemon Essence and Sea Salt; and Coconut Extract and Bamboo Charcoal gently polishes your teeth for a fresh naturally whiter smile in just 2 weeks. Just in time for the ball. 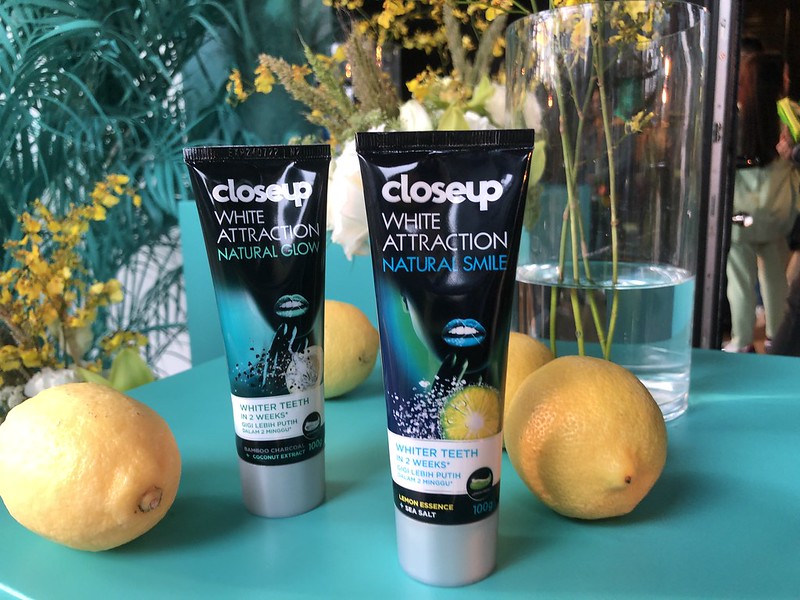 We all know that clean is not equal to white after all so I like that I get to you use closeup! I was able to say goodbye to yellow stains with the NEW closeup White Attraction Naturals. 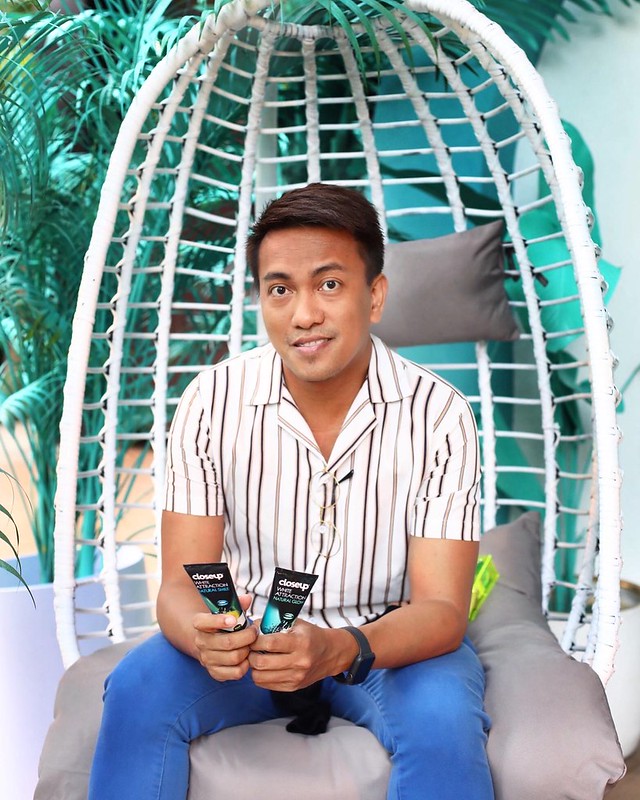 The NEW closeup White Attraction Naturals range is available in tubes of 100g for PHP76.00 in e-commerce and in all leading supermarkets, groceries, drug stores, and department stores nationwide. Thank you closeup for making me ball ready!

Sharing you my outfit from the last three ball!

Til next year fellas!