July, my birthday month is indeed a wonderful time for a lot of things. From my house renovation to new projects with the brand I love, I would say this second half of the year will be as promising as last year.  This month also marks the revolutionary change to happen in Philippine music industry as Globe Telecom, through Globe Live announces a major partnership with Elements Music Camp to bring and stage a world-class musicals in the country.

I’ve been wanting to attend a music camp. I know how to sing but I don’t actually know how to play an instrument LOL. But good news for those who do and is very open to new learnings about their craft! Because this year, the music camp is looking for 10 aspiring music artists for a chance to be a part of the 5-day training and development workshop! This include an on-site practical teaching and application in mobile recording studios and includes lessons from some of today’s best local music artists: singer-songwriter Clara Benin, known for songs including “Tila,” and “Closure;” singer-songwriter and visual artist Reese Lansangan; and independent composer and musician Bullet Dumas, among others.

For you to be qualified, you must be:

21-35 years old
a resident of the Philippines and of Filipino descent, or be a Filipino citizen.
writes, sings and owns Original Music
and not signed as a recording artist to any record label.

Joe Caliro, Globe Senior Advisor for Creative Marketing & Multi Media Businesses, said that the value of Globe is to ensure that the partnership with Elements Music Camp will produce talents that will cater to the global market.

“The Philippines is full of musical talents and we should discover and prepare them globally. The world has become smaller because of the Internet.  Music distribution has evolved from record bars to online music streaming distribution such as Spotify, YouTube among others and this is where Globe comes in,” 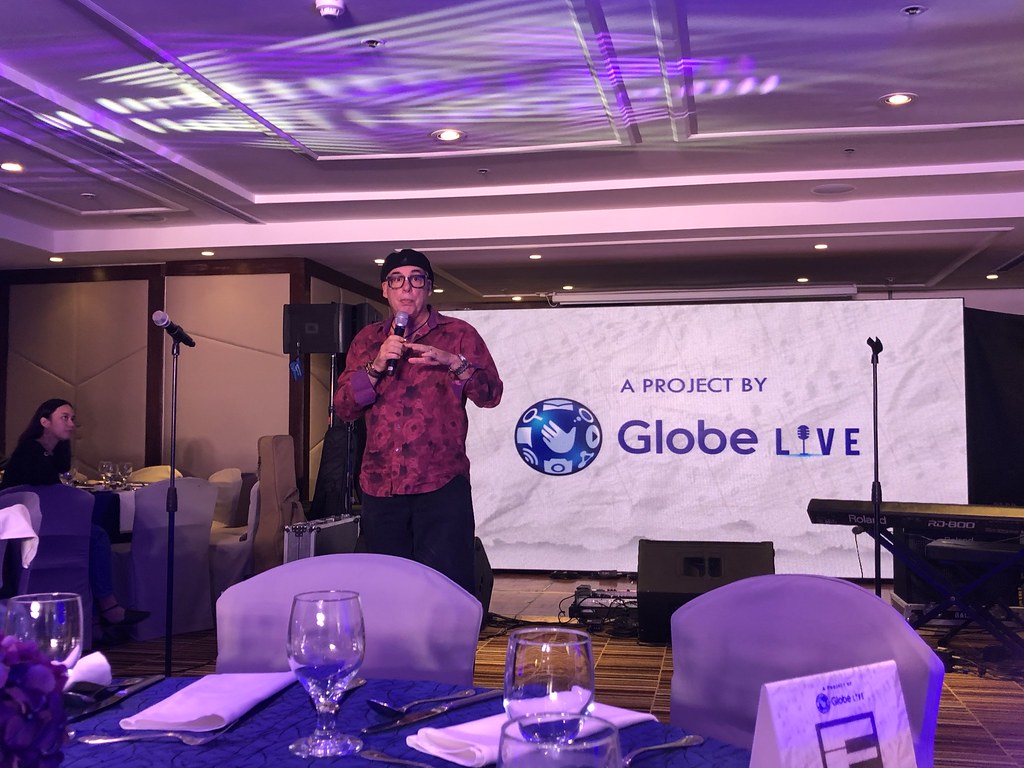 They are serious in making things happen. And they are bringing international names in this batch like ZOMG! I should have learned to play my guitar back in the days! Among the international record producers involved in the camp are the following:

Was very happy to see Maestro Ryan Cayabyab again after a long time. I remember joining him for a wonderful conversation back in the days of PhilPOP competition.

He is one of the founder of Elements Music Camp with Twinky Lagdameo and businessman Julio Sy Jr. in 2010. 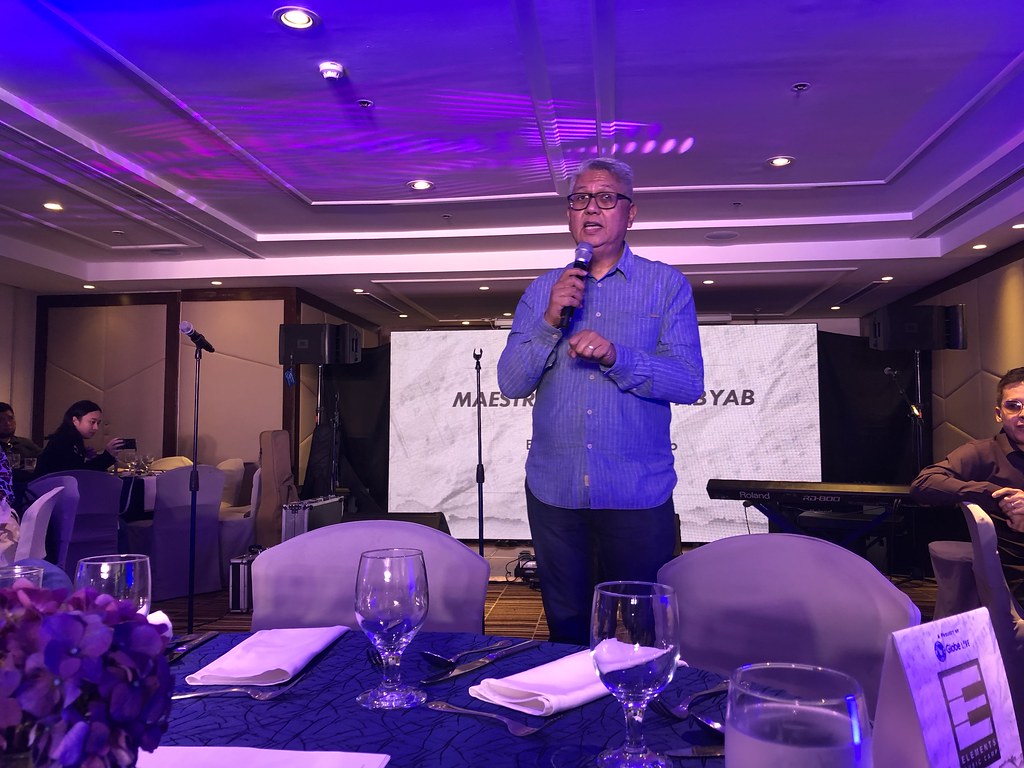 Previously the camp focused on three important aspects: technical, creative and business with the mentors belonging to the top tiers of the industry. The mentors talked about a wide range of topics including Philippine music history, music theory, lyric writing and musical arrangement.

“This year, we’re going to take the next step and level up. We’re focusing on the technical aspect of creating songs and help the inherent talent of the Filipino singer-songwriter and move it to the level where we feel we could make it into something that is with universal appeal,” shares Ms. Twinky Lagdameo.

Before being selected, applicants will go through a rigorous screening process after which, the team of ten highly-rated, multi-awarded record producers—five local and five international—will select the final ten campers. Campers will then be mentored and closely taught in a 5-day music camp, using sophisticated mobile studios.

Here are the founders and previous campers of Elements Music Camp with their mentors. 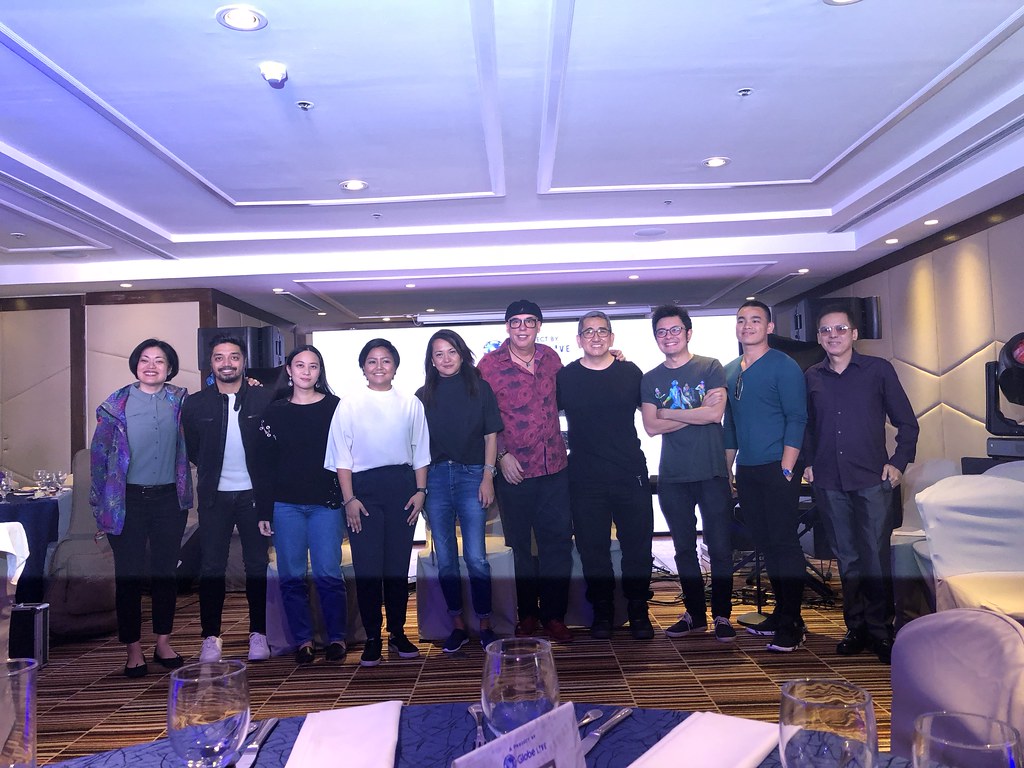 Nyoy Volante and Reese Lansangan also performed during the launch. It is now save on my IGTV Channel HERE.

To kick-off the celebrations, there will be a reunion concert featuring past mentors and campers such as Ben & Ben, Bullet Dumas, Ebe Dancel, Joey Ayala, Nyoy Volante, and many more, on July 21, 2018, at the UP Theater. Fans should also watch out for a series of videos by Globe Studios following this year’s campers as they go through the mentorship program.

For interested, aspiring and/or unsigned singer-songwriters, they can submit a demo and fill out the application form at glbe.co/jointhecamp.