by rodmagaru 4 years ago2 years ago

La Luna Sangre scored its ALL TIME HIGH nationwide ratings last tuesday December 5, after Malia (Kathryn Bernardo) turned into a wolf during its fight scene with the most powerful villain in the story, Sandrino. La Luna Sangre rating soars up to 38.5%, more than twice the number from its competing show, Kambal, Karibal of GMA Network according to Kantar Media. Below is the complete breakdown of LA LUNA SANGRE Rating. 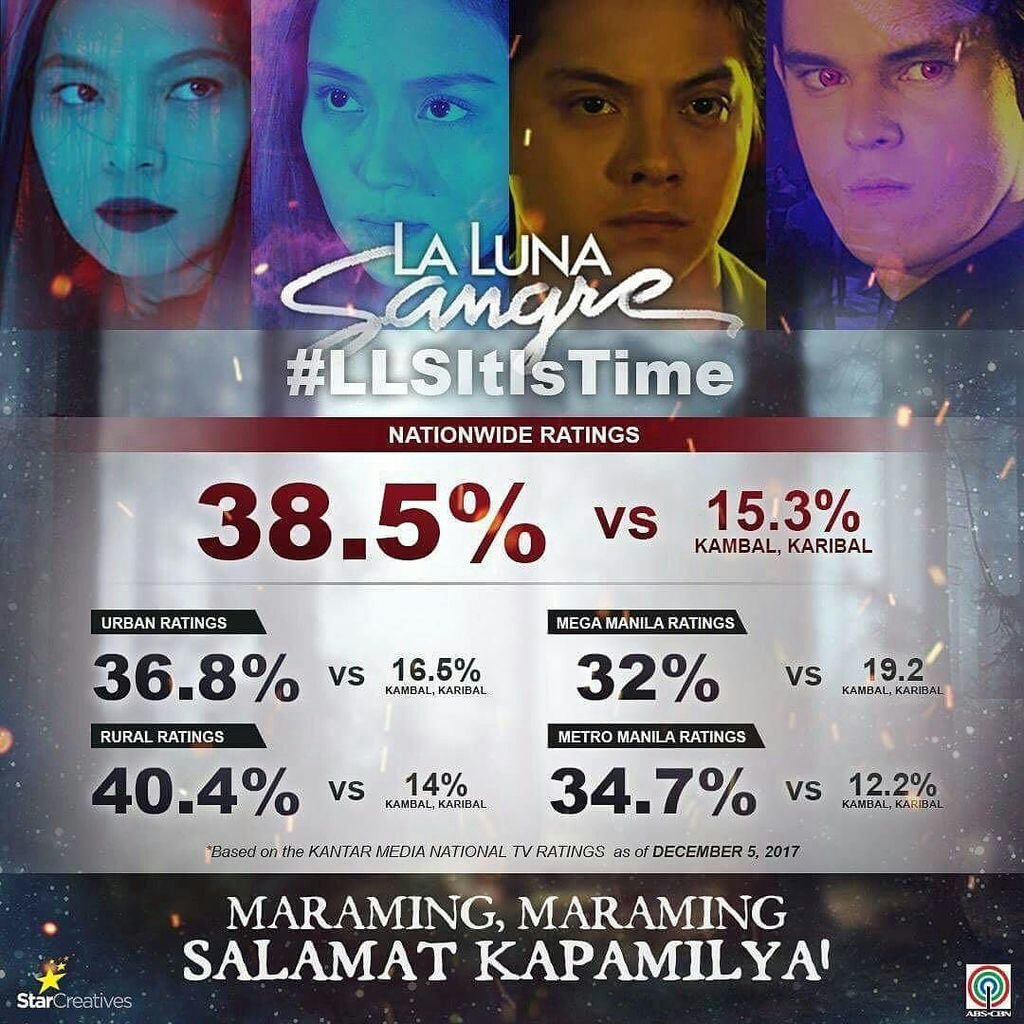 The second highest rating episode of the show was last September 19, during Samantha and Malia Face Off. 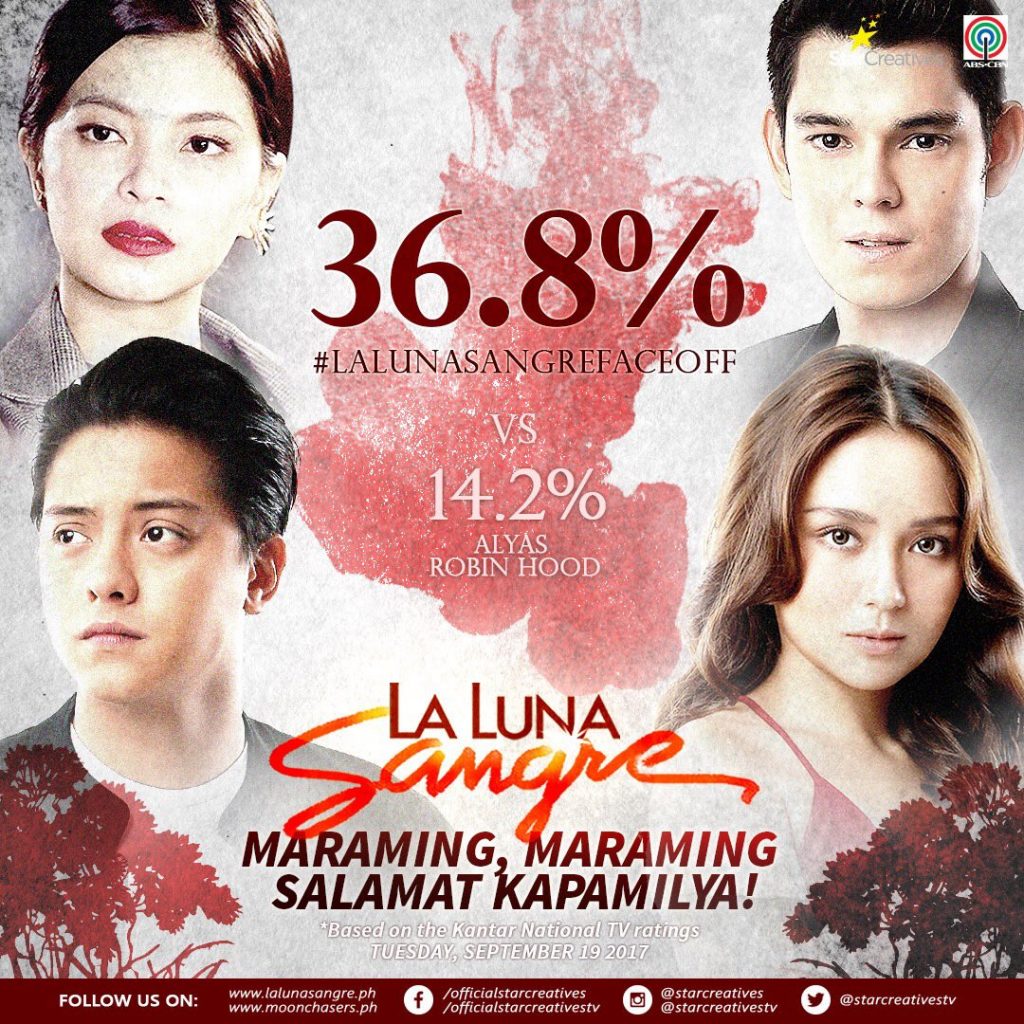 I have been waiting for this transformation to happen not only to see a major plot twist of the story but to see how ABSCBN is doing in terms of modern effects. From the looks of it, I have seen a major improvements of visual effects since its previous installment. 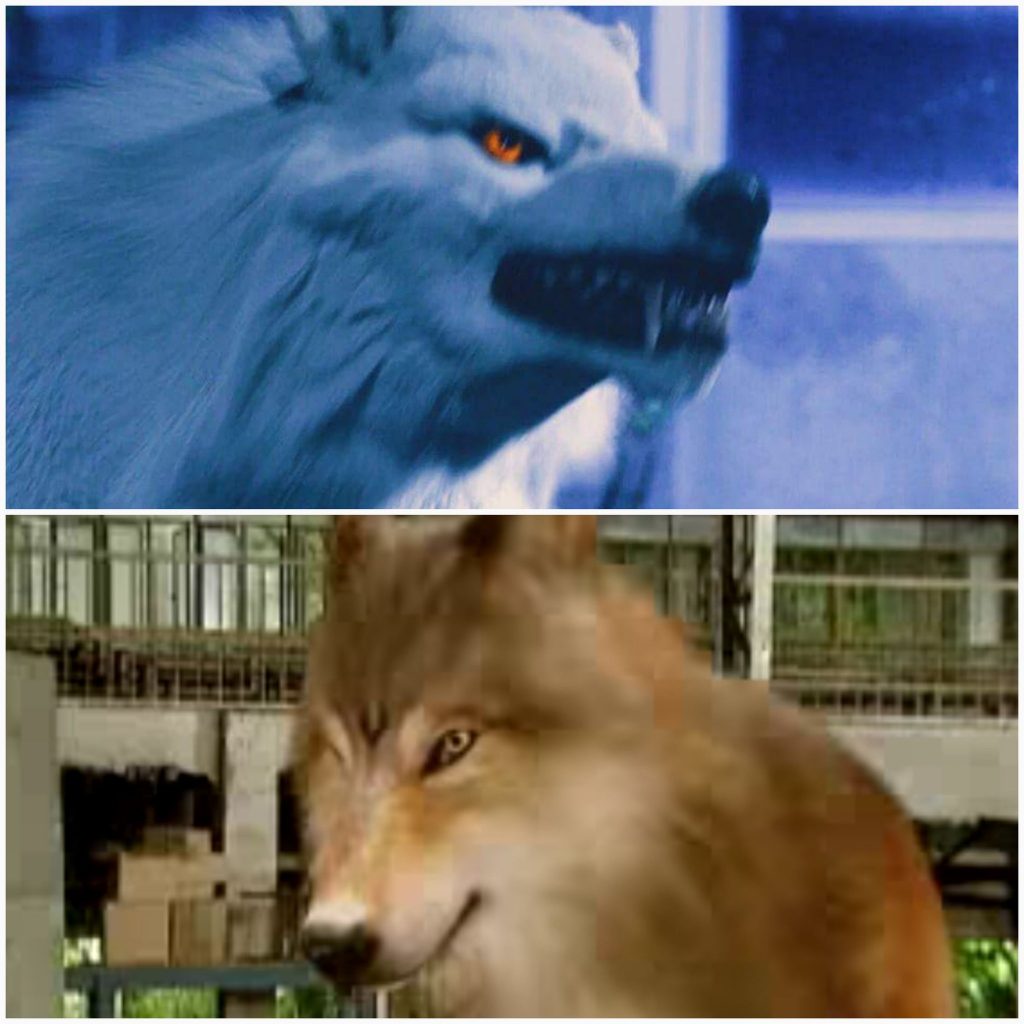 Since the inception of La Luna Sangre on Primetime television, 3 major competing shows ended silently from other network. These are: My Love from the Star (FINALE Aug 11, 2017); Mulawin vs. Ravena (Finished last Sep 15, 2017) and Alyas RobinHood 2 (Finale Nov 24, 2017). Daniel Padilla and Kathryn Bernardo also gave Star Creatives the highest rating in Primetime TV during Pangako Sa Yo.

ABS-CBN is still the most watched network in the country for relevant news and values-laden stories in November after it garnered an average audience share of 46%, or 12 points higher  versus GMA’s 34%, according to data from Kantar Media. Kantar Media, which uses a nationwide panel size of 2,610 urban and rural homes, represent 100% of the total Philippine TV viewing population.